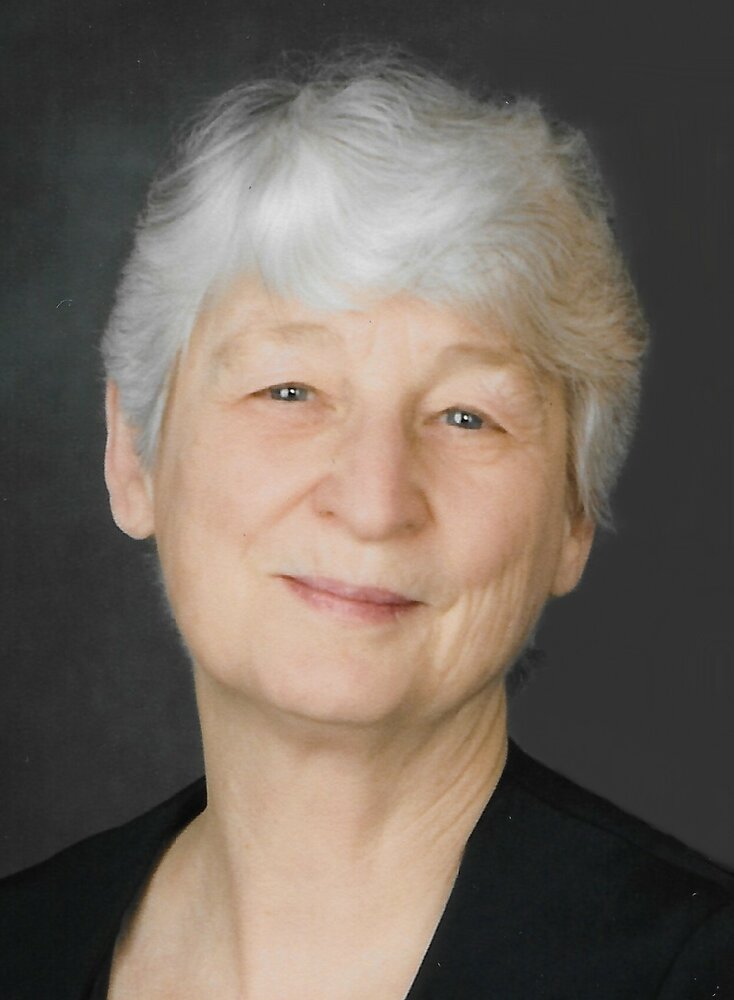 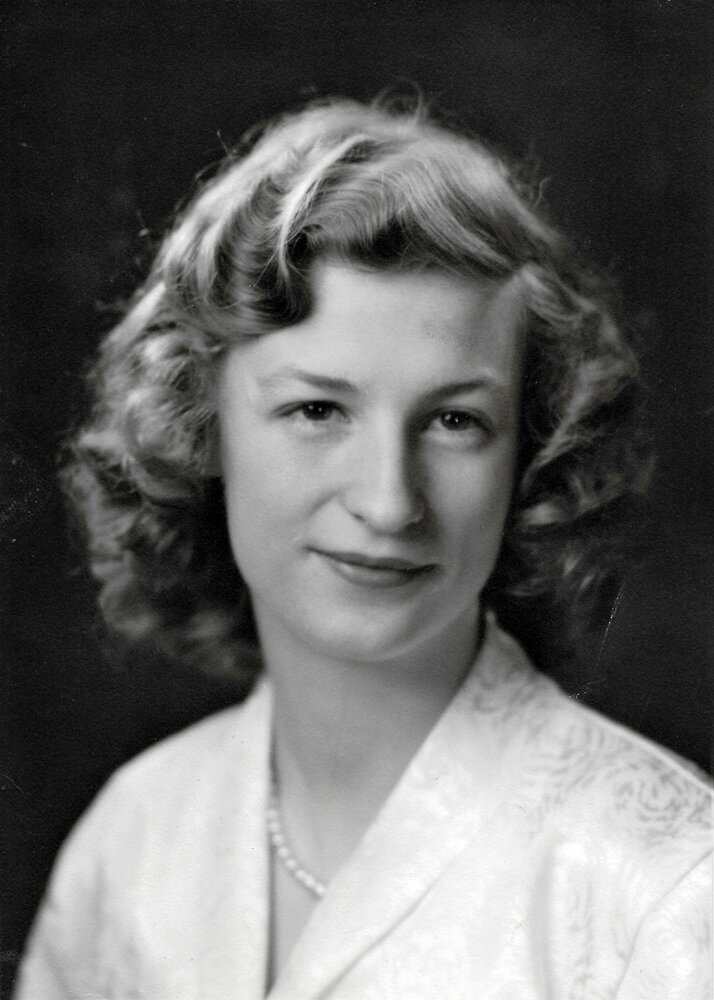 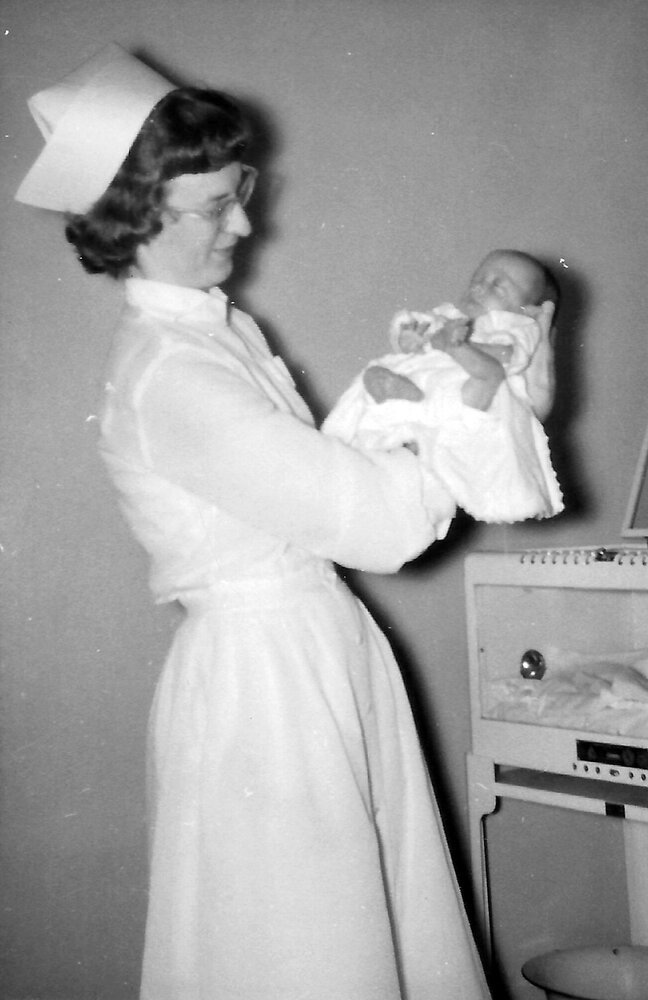 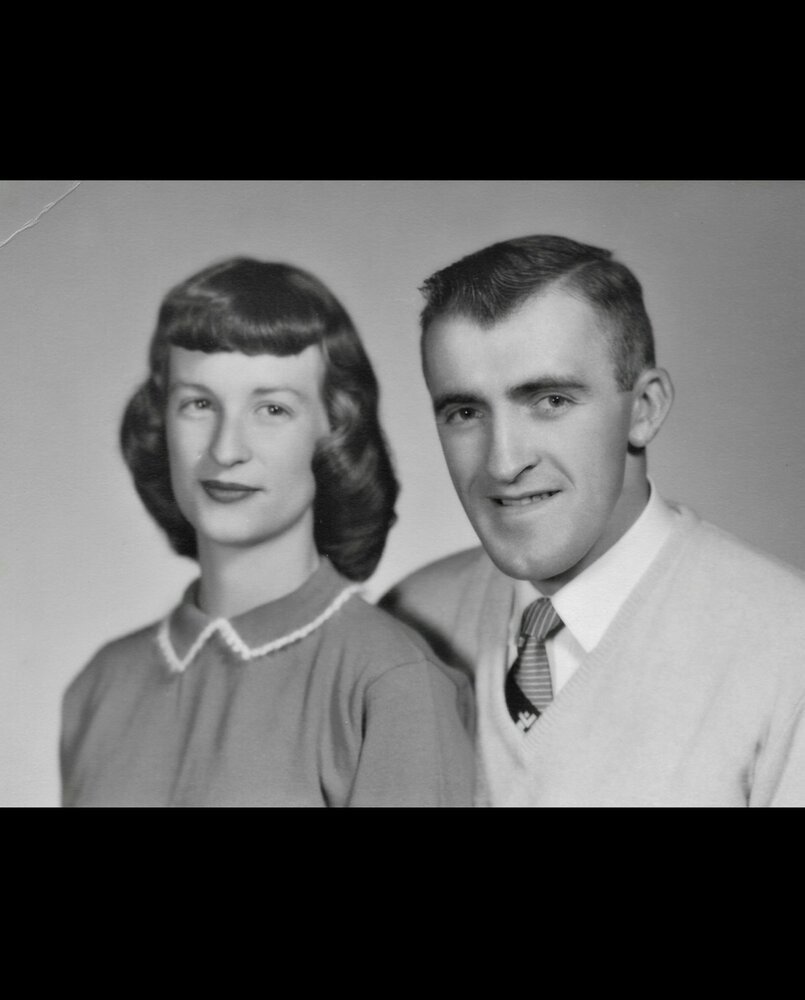 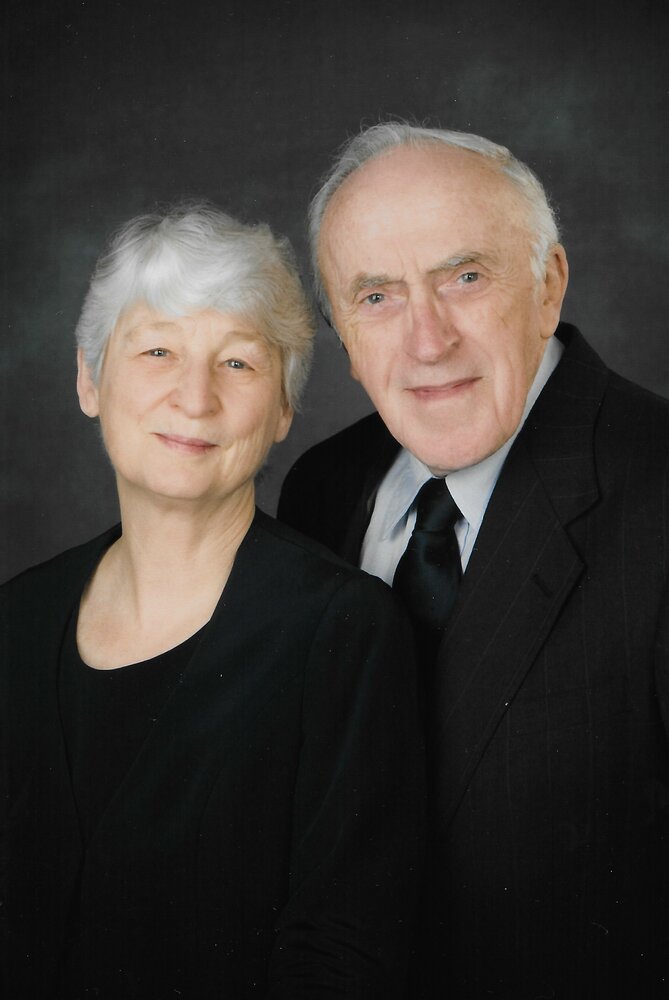 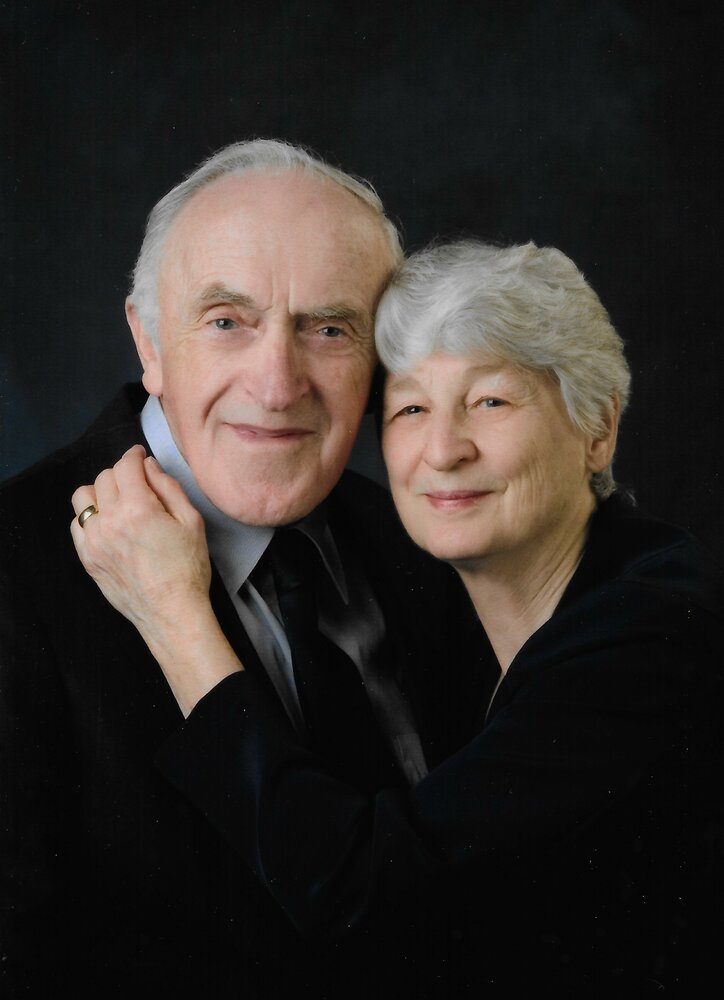 Pat (“She who must be obeyed,” “Tishybelle,” “Herself”) was born (August 5, 1931) and raised in Shelton, Washington, the first of six children, to Edgar and Matilda/Nellie (Smith) Byrne.  She died peacefully at home in Olympia, Washington, on February 1, 2022, at the age of 90.

She attended Lincoln Grade School, Shelton Junior High, and then the all-girls liberal arts boarding school Providence Academy in Vancouver, Washington. After graduating in 1949, she attended the University of Portland and received a B.S. in Nursing in 1953. She then worked in the nursery with the newborns.

Pat met her husband of 63 years, Bernard “Bernie” T. Harvey, in 1954 at a St. Martin High School basketball game.  He was coaching her brothers, Mike and Jerry, when he inquired who the young woman was sitting next to their dad in the stands.  And the rest was kismet. They were married on February 5, 1955, in the Catholic chapel at Fort Sill, near the town of Lawton, Oklahoma, where Bernard was stationed with the Army.

By 1958, they had purchased their first and only home (Olympia, Washington), where they raised their ten children.  Pat was first and foremost a Mother/Madonna/Wife to her large family. She was wise, kind, nurturing, loving, selfless, generous, ethical, open-minded, supportive, witty, and fun-loving.

Pat’s warm and welcoming attitude drew neighborhood children to her home, some even living at The Farm for a while.  A person who came to visit was more important than any activity or chore she might have been doing.  She was a hostess extraordinaire, and “the door was always open” to any and all.

Her first return to outside work started with teaching a “Great Books” course at St. Michael School from 1985 to 1987.  She then worked at Capital High School, supervising the new computer tech room from 1987 to 1992, whereupon she retired.

Pat loved playing piano and enjoyed classical music.  She attended the Seattle Opera and was a season ticket holder for several years; lucky was the person to be invited to go with her.  Pat also was an avid follower of the Olympia Symphony Orchestra, and proud to have her son, Patrick, playing in the trumpet section.

She had many interests including, astronomy and birding, mysteries on TV, poker and pinochle (in which she had uncanny luck), and reading, in particular theological, spiritual, and philosophical.  Some of her favorite authors were Thich Nhat Hanh, Brother Richard Rohr, and the Trappist monk, Thomas Moore.  Pat was also an artist, enjoyed new experiences, and loved the beaches of Puget Sound.  She was a sports fan, and listened to baseball and football on the radio, including Gonzaga, St. Martin, Notre Dame, the Seahawks, Mariners, and the local high schools, while she cooked and cleaned.

Pat was deeply spiritual and was a parishioner of St. Michael Catholic Church for over 63 years.  In 1995, Pat reestablished a centering prayer practice at St. Michael Church, originally created in 1980 by her dear friend, Julie Moon, who began the practice with the support of Fr. William Treacy. The group was a source of many strong friendships throughout her life. Pat attended many retreats, some of which she organized.  Additionally, she instructed others in the practice for over 20 years.

Pat was extremely proud of her family heritage and felt a strong connection to her Shelton, Washington roots.  This encompassed all her extended family, including Byrne, Smith and Kneeland branches.  Pat’s keen interest in family and genealogy inspired her to work long hours, along with her dear friend and cousin Jim Gilbertson, researching and compiling family photos and history.  In 2001, they published “Patrick D. Smith and Ellen Jane McCullough: A Family History Vol. 1.”  It is a professional quality, hard bound book, which hundreds of family members own; three copies reside in the Timberland Regional Library.

Special note of thanks to Mom’s physician, Dr. Jennifer Playstead, MD; to her dearest friend, Mary, and “the Lads,” Dwight and Terry; her sister, Donna and brother, Mike; the dear friends of the Contemplative Community; her nursing school chum, Dorothy; and the Hospice staff, especially Nurse Jovelena.

A private Funeral Mass will be held Thursday, February 10, 2022.

The Harvey family is grateful for all the expressions of love and support these past years from family, friends and neighbors.

To send flowers to the family or plant a tree in memory of Patricia Harvey, please visit Tribute Store

Share Your Memory of
Patricia
Upload Your Memory View All Memories
Be the first to upload a memory!
Share A Memory
Send Flowers