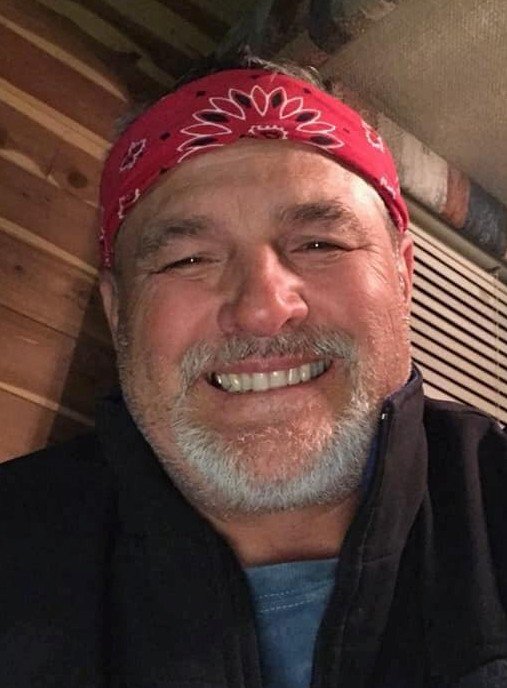 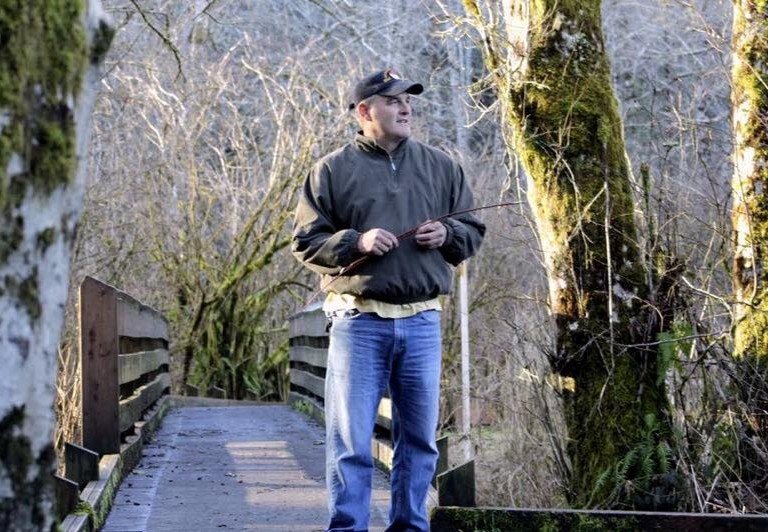 Spencer's story begins on June 26, 1957, the day he was born, at the old St Peter Hospital in Olympia, Washington, to Roy and Mickey Seymour, and ended after a courageous battle with Pancreatic Cancer on May 18, 2019.  From the day he was born, Spence's journey was one that was varied in every way.

Spencer was a perpetual student, and had a real thirst for learning.  He attended schools in Tumwater in his earlier years. He graduated from Tumwater High School in 1975, where he participated in varsity football, wrestling, tennis, band, and the rifle team. He joined the Marine's right out of high school, and was a proud Marine and faithful patriot his entire life. Spencer was extremely proud of his son Jordan's time as a Marine years later.

Through the years, he attended Grays Harbor Community College studying geology, Olympia Technical College in the carpentry program, BCTI in the word processing/data entry program, and SPSCC in the paralegal program.  He got his Paralegal certification; however, working outside was where he was most comfortable, not behind a desk.  His passion was geology, and he took online classes to further his knowledge later in life. He had just signed up with an online college to get his degree in Geology which we had encouraged him to do for years.  He was extremely knowledgeable already, but that degree sounded good to him.

Spencer's work history is too vast to list but Asplundh Tree Experts was his last employer where he did removal and trimming of dangerous trees.  After Asplundh, he continued to do private tree work and was an expert in that field.  He had no fear of hanging off a tree trunk 50 feet up or higher.  This lack of fear carried into his rock collecting days while he hung off cliffs tied to repelling ropes to find that perfect vug filled with precious minerals.

Over the years, Spence logged for Ketchikan Pulp Company, Mayr Brother's Logging, and UCC.  He also had his own business, Olympia Tree Service/Spencer's Tree Service.  Was a member of the carpenters’ union and worked in the construction business as well, from Maryland to Washington.

Other than family, Spencer's greatest passion was rock hounding for fossils, minerals, and rocks.  Believe us when we say NOT a little passion, but a HUGE passion! Ask family; ask friends! Spencer started collecting fossils when he was nine or ten years old. Then a friend, Keith Ikert, took him searching for minerals, and that's how he learned to find those perfect cliffs and canyons to uncover the elusive minerals.  He continued those adventures with his good friend, Rick Delmonte, who became the brother he never had! He was a member of the Puyallup Rock and Mineral Club where he developed a special friendship with Mike and Lavonne Siperek and all the other rock club members.  We would like to mention them all but that would take pages and pages.

Spence embraced his Native American heritage.  He knew early on that we had a rich heritage that we had to learn about, that wasn't taught at home and was forgotten for whatever reasons.  He brought it back to life; it was in his DNA.  His home reflected and celebrated that part of him.

Most important of all, Spencer was a “believer” and was never hesitant to express his faith.  He had many conversations during his illness about how he knew that his belief in God meant eternal life.  This belief made him fearless.

Grandchildren Aubrey and Brody Hawk were very special to him, as you became aware of when you walked around his house; there were pictures tucked away everywhere.  He constantly bragged about granddaughter Aubrey's musical talents, which believe me, he didn't have.  He loved her wonderful singing voice.  As for Brody, he is so much like his grandfather; smart as a whistle, and you don't think he hears what you're saying, but he hears every word. Sound familiar?  Little Brody has now taken a fondness to “rocks.”

Loved ones who cleared the path for Spencer are his father, Roy Seymour; mother, Mickey Seymour; and brothers-in-law, Bob and Mike.  Loved ones who will miss him until they meet again are his daughter, Stephanie Rhodes; sons, Justin and Jordan Seymour; sisters, Patty Skovron and Joyce Bryant; nieces and nephews, Miriam, Peter, Michelle, Jennifer, Phillip, Gretchen, and Sarah.

We will be celebrating Spencer's life on July 13, 2019, 2:00 p.m. at the Thurston County Sheriff Posse Hall in Littlerock.  Bring your favorite story and share with all of us.

To send flowers to the family or plant a tree in memory of Spencer Seymour, please visit Tribute Store
Saturday
13
July

Share Your Memory of
Spencer
Upload Your Memory View All Memories
Be the first to upload a memory!
Share A Memory
Send Flowers