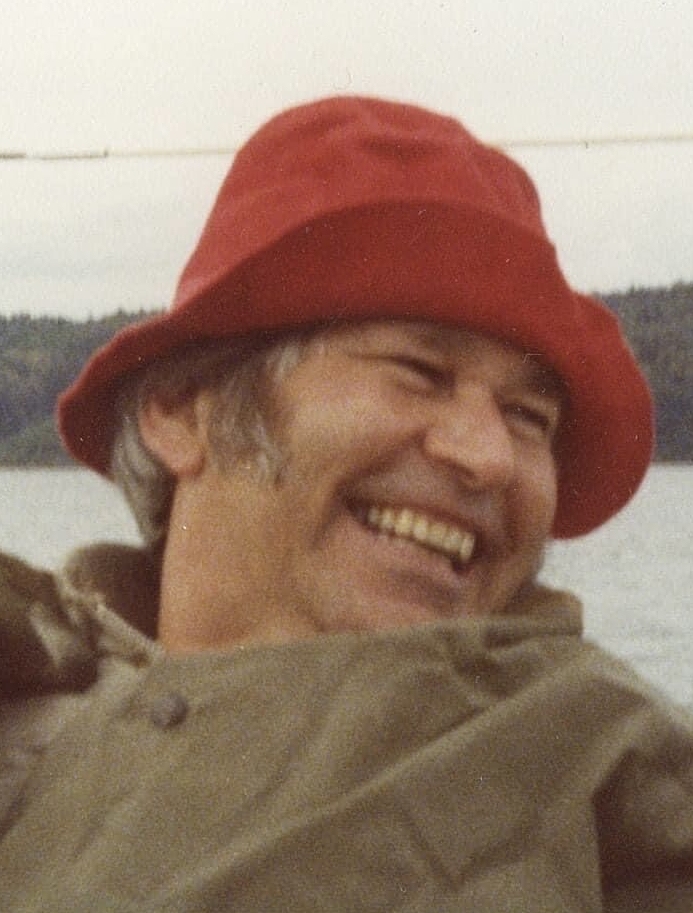 Kenneth Melvel Winkley died November 26, 2022, succumbing to congestive heart failure at Providence St. Peter Hospital in Olympia, Washington. Born July 14, 1935, in Ekalaka, Montana, Ken was the oldest of two children born to John H. and Anna Mae Winkley. His beginnings were humble (his father was a sheep rancher) and he spent summers as a teenager working for a number of ranchers and farmers in Eastern Washington.

Ken graduated from high school in 1953 and moved to the Seattle area, where he went to work for Boeing Aircraft, building parts for B-52 airplanes. However, after three months, he enlisted in the U.S. Army, where he went through both basic and leadership training. Though he was originally slated to head to Korea during the Korean War, he was instead sent to Panama, where he trained troops in the jungles, stood guard on the Panama Canal for three months each year, and worked as a typist at headquarters. Ken finished his enlistment in 1956 and returned to Washington state.

He went back to work at Boeing but wanted to further his education, so he enrolled at Seattle University, then transferred to the University of Washington, using his GI Bill benefits, and earned his Bachelor of Arts degree in Business Administration in 1960. Shortly after he returned, he met his wife, Kathleen Ann Coolen. They were married in 1957 and soon the Winkley clan began to develop, first in the form of seven children, then 17 grandchildren, and finally 15 great-grandchildren.

After completing his degree, Ken went to work for the State of Washington as an Accounting Analyst in the Central Budget Agency. It was here that he made the personal connections that resulted in his working in public higher education, first as the Assistant Controller for Washington State University in Pullman, then as Controller for a new college in Olympia dedicated to a revolutionary method of education delivery--The Evergreen State College. Ken spent the bulk of his career at Evergreen (22 years) working as Controller, then Business Manager, then Facilities Director, and finally as Vice President of Finance and Administration. As a part of his career journey at Evergreen, Ken enrolled at Pacific Lutheran University, where he earned a Master’s in Business Administration, rounding out through his education that which he had mastered on the job.

After retiring from Evergreen, Ken continued to work in facilities and project management, first for U.S. Intelco Networks, and then finally for Washington State Employees Credit Union.

Throughout his well-lived life, Ken truly enjoyed the outdoors and was an avid camper, fisherman, hunter, and gladly nurtured those pastimes in his children. He also loved cooking, especially barbecuing and grilling, and in a nod to his agricultural roots, took up vegetable gardening and proudly delivered the goods to the family table.

He is survived by his children and their spouses/significant others, Robert (James), Martin (Nancy), Daniel (Rhonda), David (Karla), Suzanne (Joseph), Kenneth Jr. (Monica), Edward (Michaela), Carmen (Edwin Sr.); his many grandchildren and great-grandchildren. He was preceded in death by his wife, Kathleen Ann Winkley; his granddaughter, Erica Winkley; his sister, Katherine Tinjum; and his parents, John H. and Anna Mae Winkley.

-When you enter Lot B, keep right driving up a small incline

-Just past the parking area is a paved walkway to Longhouse

-The path will be marked with signs, “Ken Winkley”

-The path is paved, the walk is approximately 3 blocks

-No fees for parking on Saturdays

Zoom Meeting – available to log/call in at 12:30 PM Pacific Time (US and Canada)

Dial by your location

To send flowers to the family or plant a tree in memory of Kenneth Winkley, please visit Tribute Store