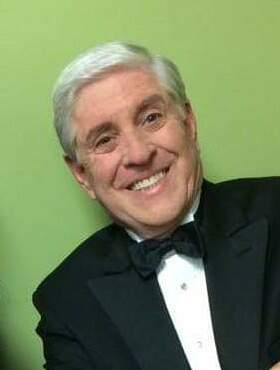 Dan graduated from Fargo Central High School in 1967. He attended Concordia College, Moorhead, Minnesota, graduating with a Bachelor of Science degree in Music in July 1971. He taught music for a year in Ely, Minnesota.  Dan then joined the U.S. Navy and sang in the Navy Sea Chanters in Washington, D.C. They performed extensively during the U.S. Bicentennial in 1976. Throughout those early years, he worked as an iron/steel worker in Minnesota, Texas, and Washington.

He married Rosmary Miller in 1975 and, in 1980, they welcomed their daughter, Kirsten, into the world. Dan graduated from Evergreen State College with a Master's in Public Administration. He then worked for the State of Washington Department of Commerce for many years as Capital Programs Manager. He was also a member of Seattle Opera for 31 years. His talent was a favorite of Speight Jenkins, General Director, who hired him for roles and special singing engagements throughout the years. In his spare time, he enjoyed trips to Sturgis on his Harley, target shooting, and was, of course, a lover of music. He was a kind and gentle man of many talents and will be missed by many.

He was preceded in death by his parents; former wife, Rosmary; and son-in-law, Jon Taylor Ponsford.

To send flowers to the family or plant a tree in memory of Daniel Aarthun, please visit Tribute Store

Share Your Memory of
Daniel
Upload Your Memory View All Memories
Be the first to upload a memory!
Share A Memory
Send Flowers