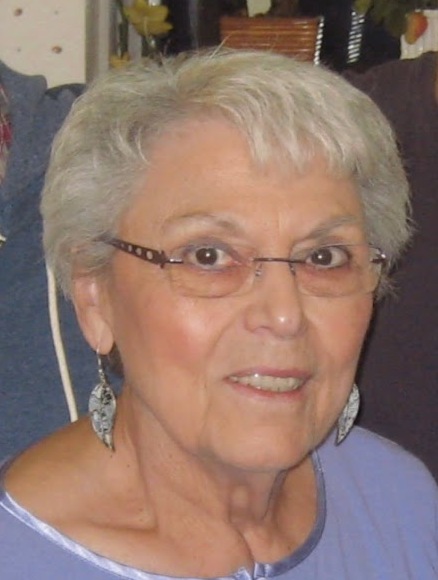 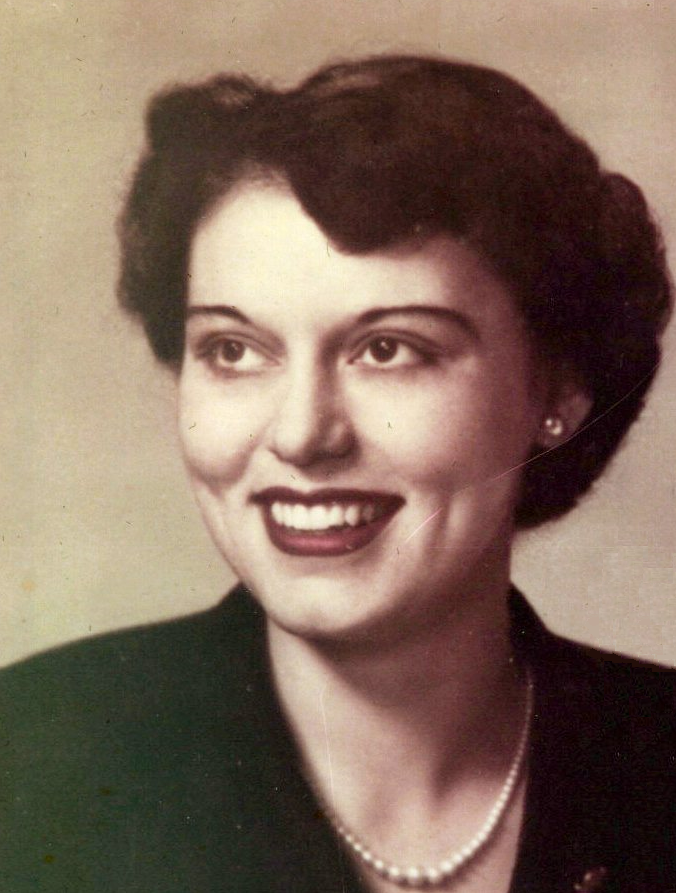 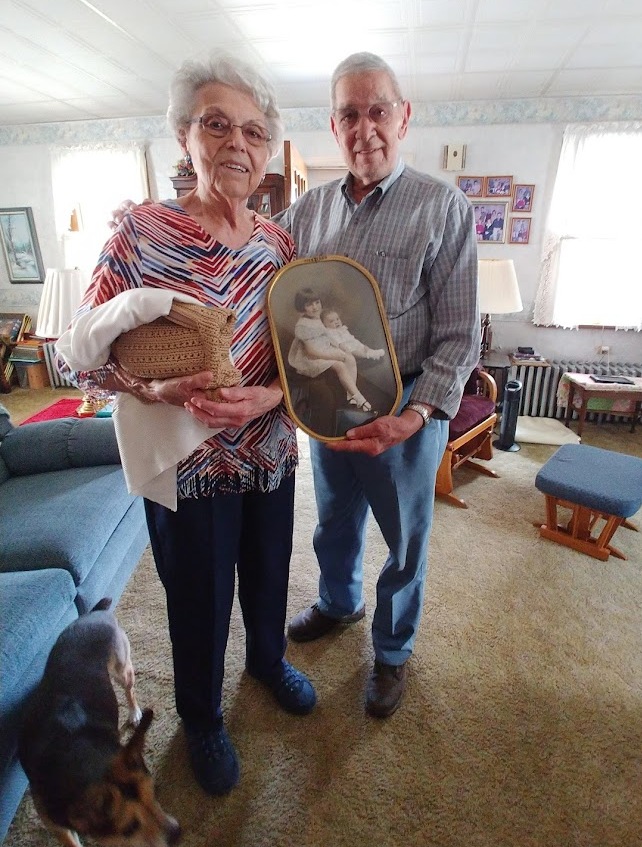 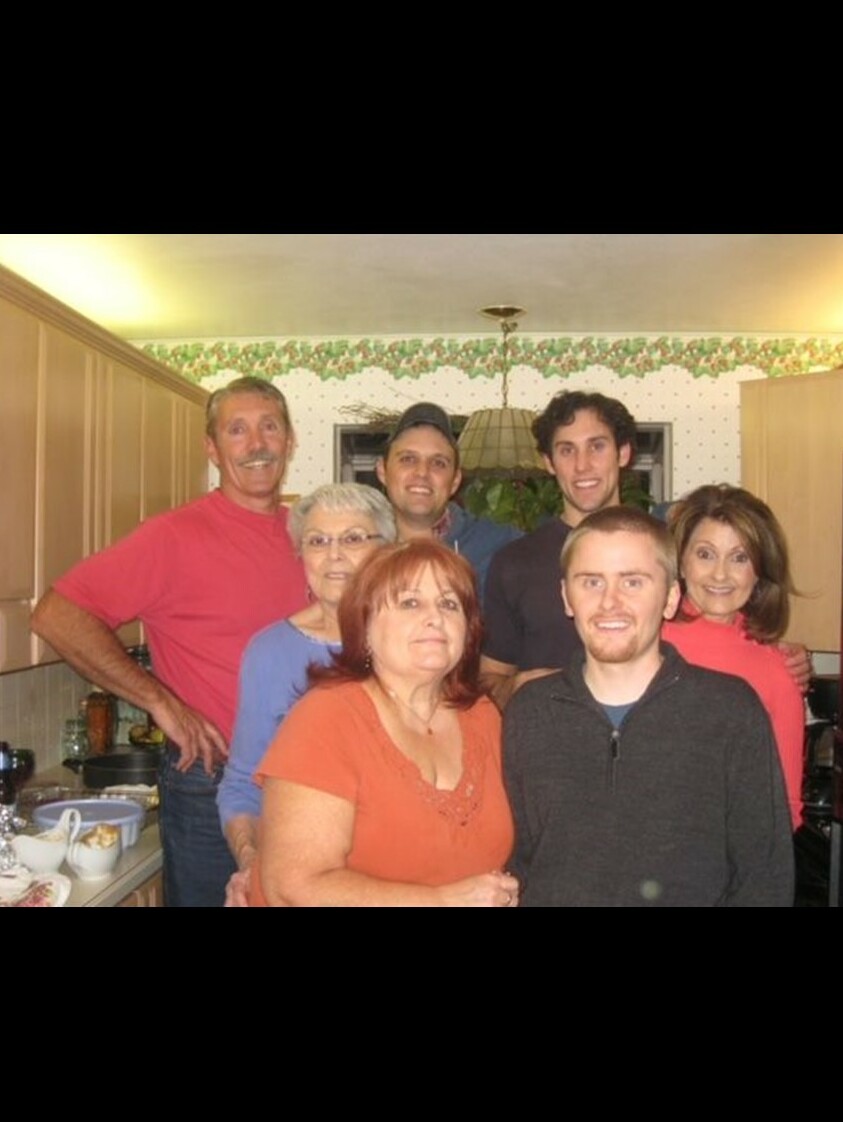 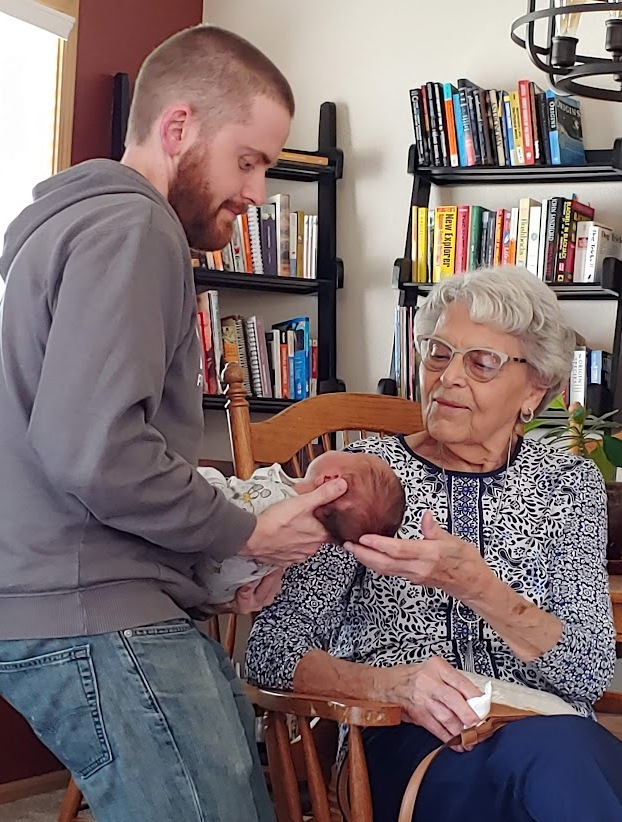 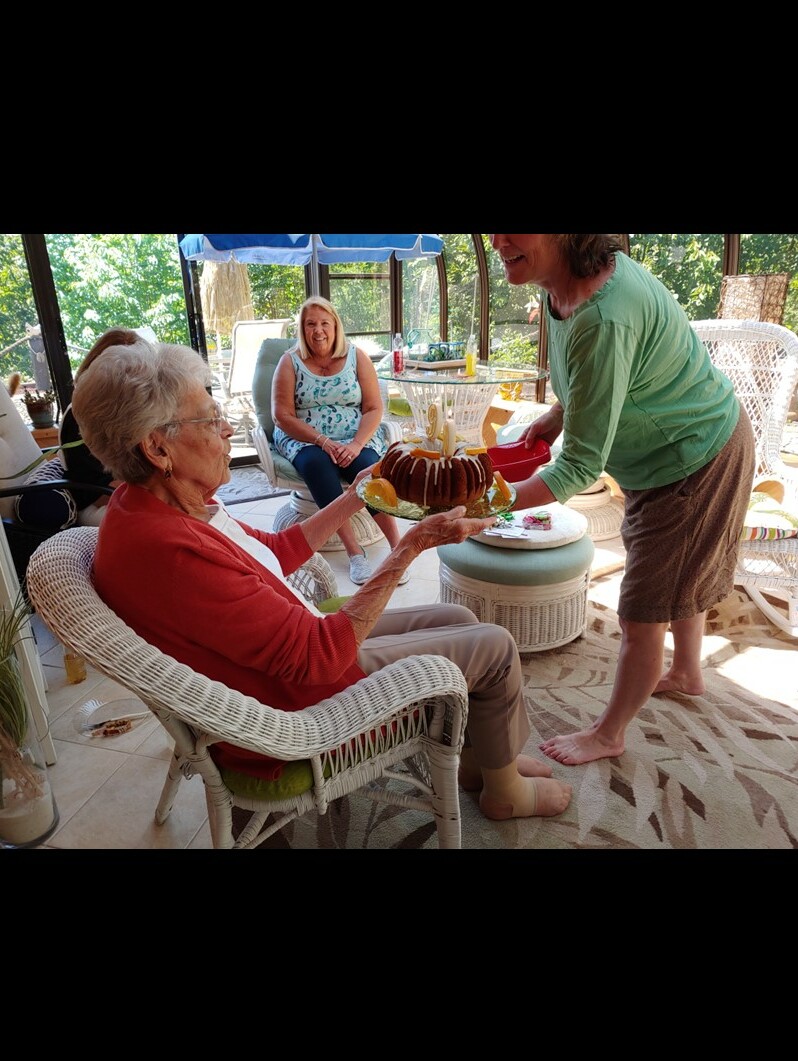 Lois "Jean" Dyke Andrews, 92, died peacefully on September 24, 2022, in her Olympia, Washington, home with her daughters by her side. Jean was born June 28, 1930, to George Gilbert Dyke and Pearl Irene Walters Dyke in Bellefonte, Pennsylvania, where she graduated from Bellefonte High School in 1948.

On June 18, 1949, Jean married Earl Kenneth Andrews in Lock Haven, Pennsylvania. Soon after, Earl joined the U.S. Army, which began her life as a military spouse. She enjoyed traveling to distant places regardless of hardships or challenges. Twenty years as a military spouse brought cherished memories of special places and people resulting in life-long friendships.

Jean was a devoted mother to surviving daughters, Kerry "Jolene" Bellows (Ted, deceased) and Joanie Elaine Partin (Jim). She tried hard to minimize the frequent moving impact on her daughters, which included travel to far flung places like Ft. Lewis, Washington (with numerous times of cross-country trips to Pennsylvania); Ft. Rucker, Alabama; German cities of Schwabisch Hall, Hanau, and Heidelberg; Panama (Canal Zone); and finally retiring (and Joanie graduating) in Lacey, Washington. Jean never saw the frequent military moves as a hardship on her, but rather an opportunity to reorganize and refresh her home with each move in keeping with her Pennsylvania Dutch roots that centered on maintaining an immaculate household.

Jean thoroughly enjoyed being a grandma to surviving grandsons, Adam Partin, Colby Partin, and Brian Bellows (Kimberly), all residents in the Olympia area. She often recited funny or memorable stories about her babysitting stints with each of them during their early years and cherished their frequent visits with her as adults. She was affectionately dubbed with the grandmotherly name,"Ghia," by first grandson, Adam (and known to many by that nickname).  Ghia welcomed her first great-grandchild, Gavin Bellows, in the spring of 2021.

Also surviving Jean is her younger brother, George Edward Dyke (Ida, deceased) of Bellefonte, Pennsylvania, and many Dyke and Andrews family nieces and nephews with whom she stayed in close contact with throughout her life. She often shared memories of her young years on her grandfather’s Pennsylvania farm as well as family life in Milesburg, Pennsyvania.

A military separation that sent Earl to Korea in the ‘60s and the rest of the family to Milesburg provided the perfect opportunity for Jean to pursue a long-held passion for a career in the  hair styling business. She attended and graduated from a local Pennsylvania beauty school, finally realizing her dream to practice as a licensed hair stylist. She would go on to renew that professional license many times over a successful 60-year career. Working in tandem with her role as a military spouse, Jean’s travels also included hair stylist duties at military salons, including Ft. Lewis, Washington, and Panama (Canal Zone). Upon military retirement in the Olympia area, she styled hair at Thelma’s Beauty Shop.  Jean dreamed of owning her own hair styling salon throughout many years of long hours and dedicated service at others’ salons. At a building of small shops on the corner of Olympia’s 4th and Central, Jean finally realized her dream by opening a small and aptly named beauty shop for its size--"You and Me Beauty Salon." It continued as a staple at that location in the community for approximately 30 years. Catering to a steady and older clientele, Jean forged many close and lasting friendships with both clients and fellow stylists working at the salon. Jean often remembered client’s special occasions, as they did for her as well. One particularly close relationship formed with fellow hair stylist, Lyn Wilson, who also earned the title from Jean of “adopted daughter” since close in age to her own daughters. As friends and fellow hair stylists, sharing styling chairs next to each other throughout her career, Lyn and Jean maintained their ties even after retirement, trading hair services with each other right up to the end.

Jean’s dedication to hair styling never ceased with retirement from her shop. Rather it shifted in later years to a different business model and client group that focused on those with health or mobility challenges whether in nursing facilities, hospitals, or private settings. This time, Jean brought the beauty salon and hair styling service to the client via a "mobile salon." The demand for this service was high and appreciation ran deep from those who might not otherwise benefit from the professional touches she provided in their private setting.  Eventually, traveling in her advancing years along with the challenges of hauling heavy supplies and equipment signaled time for retirement from yet another successful hair styling venture.  Not one to lay the scissors down for good, she continued to treat family members to a haircut or trim after that. Jean loved red hair and provided a lifetime of that hue to daughter Jolene’s hair, doing the coloring work almost to the very end.

During her mobile hair styling years, Jean found time for the joy of volunteering one day a week, first at Madigan Hospital at Ft. Lewis, Washington, and later at Olympia’s Group Health (now Kaiser Permanente) medical facility. With a lifelong love of reading, Jean was particularly proud of being a part of the successful book exchange operated by the volunteers who generated funds for local medical facility equipment. She formed lasting friendships with fellow volunteers and enjoyed interacting with staff throughout the medical center as their volunteer.

Jean excelled at cooking and baking, with many of her favorite dishes or desserts inspired by her military travels or Pennsylvania Dutch upbringing. Delicious pies and desserts, along with German meals of schnitzel or rouladen, were frequently requested family favorites, along with her own collection of holiday specialties. With the Pfaff sewing machine purchased in Germany, she created lovely interior touches for her home and a prom dress or two for her daughters.

Jean joins her husband of many years, Earl Andrews, who passed away on April 29, 2016, where they will be placed together at the Tahoma National Cemetery in Kent, Washington.

In respect to Jean’s wishes, no funeral services or other events are planned. Should you wish to honor Jean’s memory, the family recommends that you consider generously tipping your own hair stylist or barber on the next visit with the thought that these special people endeavor to make us all look and feel our best, while often fulfilling the role of friend and confidant as well. Jean fulfilled that role spectacularly for many clients in her long hair styling career. She is missed immensely by family, friends, and many cherished clients who went before her. Rest in peace, Ghia—we love you forever.

To send flowers to the family or plant a tree in memory of Jean Andrews, please visit Tribute Store

Share Your Memory of
Jean
Upload Your Memory View All Memories
Be the first to upload a memory!
Share A Memory
Send Flowers