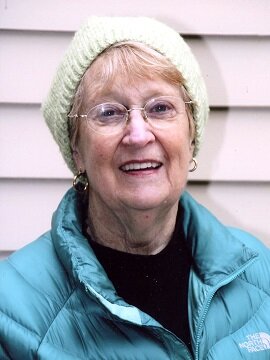 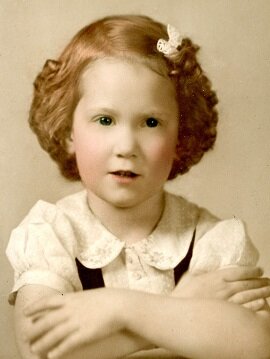 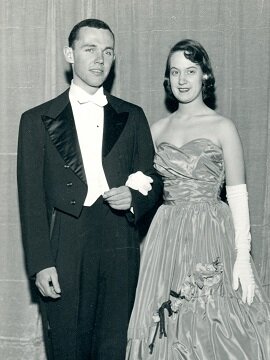 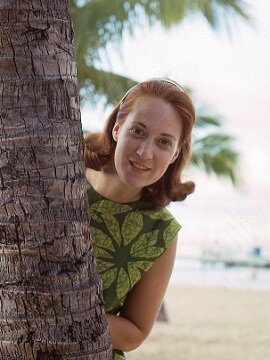 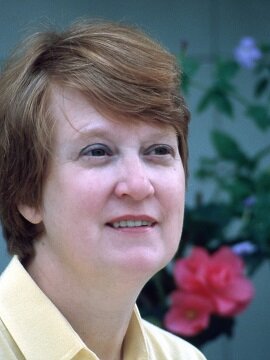 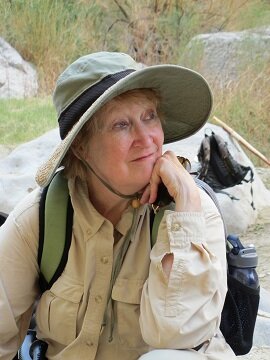 Carolyn Keck, former counselor at Capital High School and community volunteer, died peacefully in her sleep September 1, 2022, after returning from a tour of the Scandinavian capitals. She was 85.

Carolyn Lois Mould was born April 7, 1937, in Columbus, Ohio, to Alexander Fowler M. Mould and Gladys Beryl Finney Mould. She moved to Dayton, Ohio, when she was a toddler. Carolyn graduated from Fairview High School and Northwestern University, where she was a member of Kappa Alpha Theta Sorority, Panhellenic Council, and Mortar Board. Two weeks after graduation on June 27, 1959, she married Charles Aikin Keck. The couple moved to Cleveland. Carolyn taught at Warrensville Heights Middle School while Charlie completed medical school at Case-Western University.

During the time Charlie did an internal medicine and pediatric residency in Rochester, New York, Carolyn received her master’s degree in Guidance and Counseling and worked as a substitute high school history teacher. One vivid memory was the day her department chair called her to the classroom door to tell her President Kennedy had been assassinated. She was told, “Tell the class, and carry on.”

While in Rochester, sons Bruce and Doug were born. Daughter Karen was born at Travis Air Force Base in California. Following Charlie’s military service, the family moved to Seattle for five years, then to Olympia, Washington. Carolyn became volunteer coordinator for the Olympia School District and later, for 16 years, a counselor at Capital High School, a job she loved. In 1996, she was responsible for completing the applications involved in Capital High School being honored as a Blue Ribbon School by the U. S. Department of Education.

While at Capital High, Carolyn initiated a teacher exchange with schools in Australia. In 1980, the Keck family spent a year in Ballarat while Carolyn taught English and American history at Sebastopol Technical School. The friendships formed during that year became lifelong bonds.

Throughout her career, as well as during her retirement, Carolyn pursued her interests. For 50 years, she was part of a monthly book group. She loved music, ballet, and the theater. A trip to New York last November added opera to her music enjoyment. After retiring, Carolyn followed her lifelong interest in art history. She served as a docent at the Seattle Art Museum for 15 years and traveled to art galleries and collections in the United States, as well as Europe and India, to see the art that she had long studied and loved. She enjoyed giving personal tours of SAM to her family and friends.

Outdoor activities were a big part of Carolyn’s life. She and Charlie camped in the United States and Australia, completed the Milford Trek in New Zealand, walked the Coast-to-Coast trail in Great Britain and parts of the Camino de Santiago in Spain, skied throughout the Pacific Northwest, biked trails in Washington and France. The list goes on.

Always a lifelong learner, Carolyn’s travels were part of her love of history. During six months in London, she spent time in museums and visited historical sites. Last year, she attended a Chautauqua Institution program in New York state on the history of the United States Department of State.

Carolyn engaged in community activities, including chair of the Olympia Area YMCA, a trustee at South Puget Sound Community College, and an active participant in the Bigelow House preservation. She worked with charitable groups that provided backpacks to students, prepared meals for shelters, and supported the Out-of-the-Woods homeless project by the Olympia Unitarian Universalist Church.

Carolyn cherished her friends. She made friends easily and held them tight. She maintained and nurtured lifelong friendships from college and the early days. She made new friends without prejudice. She enjoyed the lost art of letter writing, most often on Charlie’s handmade cards. She was proud of her grandchildren and was involved in their lives from the beginning.

In lieu of flowers, donations in her memory may be made to the Keck Scholarship at SPSCC (spscc.edu/foundation), Olympia School District’s Principal’s Emergency Fund (www.osdef.org/principal-emergency-fund), or a charity of your choice.

Memories may be left at www.FuneralAlternatives.org. Written stories may be sent to Barbara Young, y2byoung@hotmail.com.

A Celebration of Life for Carolyn and Charlie will be held Saturday, September 24th at the South Puget Sound Community College Minnaert Center for the Arts, 2011 Mottman Road SW, Olympia from 2:00 to 4:00 p.m.

To send flowers to the family or plant a tree in memory of Carolyn Keck, please visit Tribute Store

Share Your Memory of
Carolyn
Upload Your Memory View All Memories
Be the first to upload a memory!
Share A Memory
Send Flowers