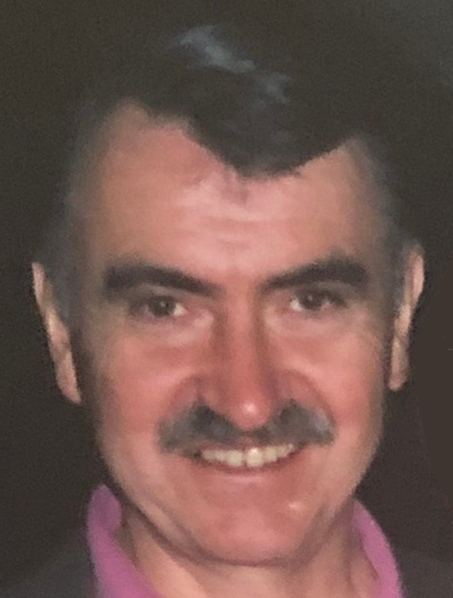 Bill was born on January 27, 1935, in Oakland, California, to Ivan and Dorothy (Anderson) Ware.  He was the youngest of five children, and the only son.  When Bill was five, his family moved from California to a small town in Washington called La Center.  The family struggled through the Depression, but Bill enjoyed growing up on the farm.

After graduating from high school, he attended Clark Community College.  He transferred to the University of Washington, where he graduated with a BA degree in 1957.  He met Jean Wetherby at the UW and they married on November 8, 1958.  After graduating from the UW, Bill enlisted in the U.S. Army.  He became an MP and was stationed at Sandia Base in New Mexico until his discharge in 1959.

In 1959, Bill enrolled in the UW School of Social Work.  His first son, Brad, was born that year.  Bill took a work-study internship and was assigned to work at Eastern State Mental Hospital at Medical Lake (near Spokane) for a nine-month period.  It was there he encountered a woman named Clara.  She had been institutionalized for 20 years and hadn’t spoken in 15 years.  Bill was able to slowly build a relationship with her over time.  She eventually began speaking and showing interest in reviving relationships with her family in Iowa.  Clara moved back to Iowa and settled down.  Bill and Jean visited her years later.  He was very proud of his work with her.

After graduating with an MSW in 1961, Bill, Jean, and Brad moved to Eugene, Oregon, where he had a job with the Juvenile Court.  His second son, Greg, was born in 1962.  Bill later worked for Lane County Mental Health and then took a position with the Veteran’s Administration Mental Health Hospital in Roseburg, Oregon.  His job was to place patients back into local communities.  In this situation, he found few therapeutic residential options.  He spearheaded a group of mental health professionals to develop options.  As a result, in 1970-71, “The William J. Ware House” was opened in a residential neighborhood in Eugene, Oregon.   Bill worked as Chief of Social Services for the VA the next 20+ years in Oregon, South Dakota, Michigan, and Washington state.  He ended his career as a drug and alcohol counselor with American Lake (Veterans) Hospital near Tacoma, Washington.

Bill and Jean were seasoned travelers.  After getting the “travel bug” during a trip to Australia in the late 1970s, they continued their journeys in North and South America, Africa, Europe and Asia.  They framed a large map of the world and put a pin in each major location they visited.  Needless to say, it is an impressive map.

Bill was a lifelong sports fan (Seahawks, Mariners, Sonics, etc.).  He would get so exasperated at times that he often had to leave the room.  Once, during the Sonics championship game 7 in 1979, he couldn’t handle the stress and ended up mowing the lawn instead.

Bill passed away on August 24, 2022.   He was preceded in death by all four of his sisters, Helen, Margie, Patsy and Jean.  He is survived by his wife, Jean; sons, Brad and Greg; daughters-in-law, Linn and Laura; grandchildren, Miriah, Ellen, Austin and Carl; and great-grandchildren; Hunter, Kiera, Ruby and Hazel.

Bill and Jean were married for 63 years.  Over that time, they made lifelong friends in all of the places they lived (Washington, Oregon, Arizona, South Dakota and Michigan).  Bill had a variety of hobbies, but especially enjoyed yardwork, painting, fixing-up houses, and, later in life, hiking.  He will be missed for his sense of humor and easygoing nature.  He could strike up a conversation with anyone.  He is probably doing it right now.

Donations may be made to the Smithsonian Magazine (https://www.smithsonianmag.com/) or the Union Gospel Mission of Olympia (https://ougm.org/).

To send flowers to the family or plant a tree in memory of William Ware, please visit Tribute Store