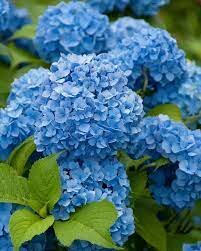 She was born Mignon Grace Beed in Oakland, California, on November 27, 1926, to Henry Lloyd Beed and Mabel Amber Beed.  Mignon was the second of four children.  The family struggled during the Great Depression and Mignon often supported her mom in tending to her two brothers and her sister.  Mignon attended the University of California at Berkeley in 1944 and 1945, then, in 1946, married Ray Ensley in San Francisco before moving to Tumwater, Washington.

Mignon had a subtle sense of humor, was an avid reader, was well versed in a host of subjects, and could answer lots of the Jeopardy questions even in her later years.  She was very good at sewing and knitting, and enjoyed gardening during the warmer Northwest spring and summer months.  Mignon attended the First Baptist Church in Tumwater, Washington.

Mignon was preceded in death by her husband, Ray; and her brothers, Bilton and Douglas. She is survived by her sister, Marthine of Colfax, California; daughter, Susan of Saratoga, California; sons, Lloyd, Mark, and John; and a daughter-in-law, Janet, all in the Olympia area.  She is also survived by four granddaughters, three great-granddaughters, three great-grandsons, and lots of nieces, nephews, and cousins around the country.

The family recently held a simple gathering of her kids, grandkids, and great-grandkids to celebrate her life. They feel blessed to have enjoyed so many years with her.

To send flowers to the family or plant a tree in memory of Mignon Ensley, please visit Tribute Store

Share Your Memory of
Mignon
Upload Your Memory View All Memories
Be the first to upload a memory!
Share A Memory
Send Flowers