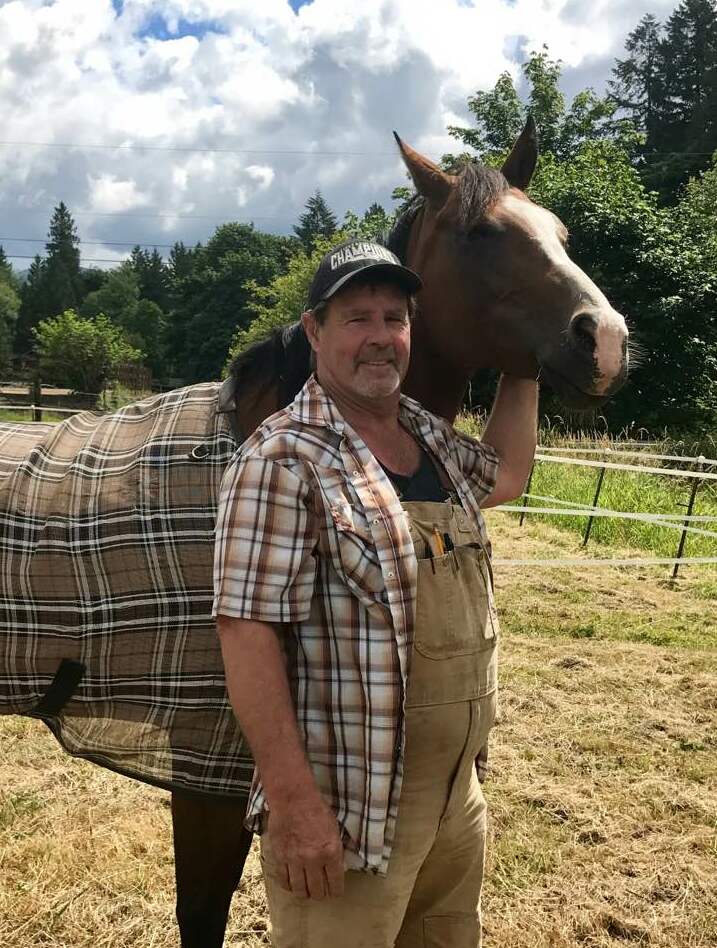 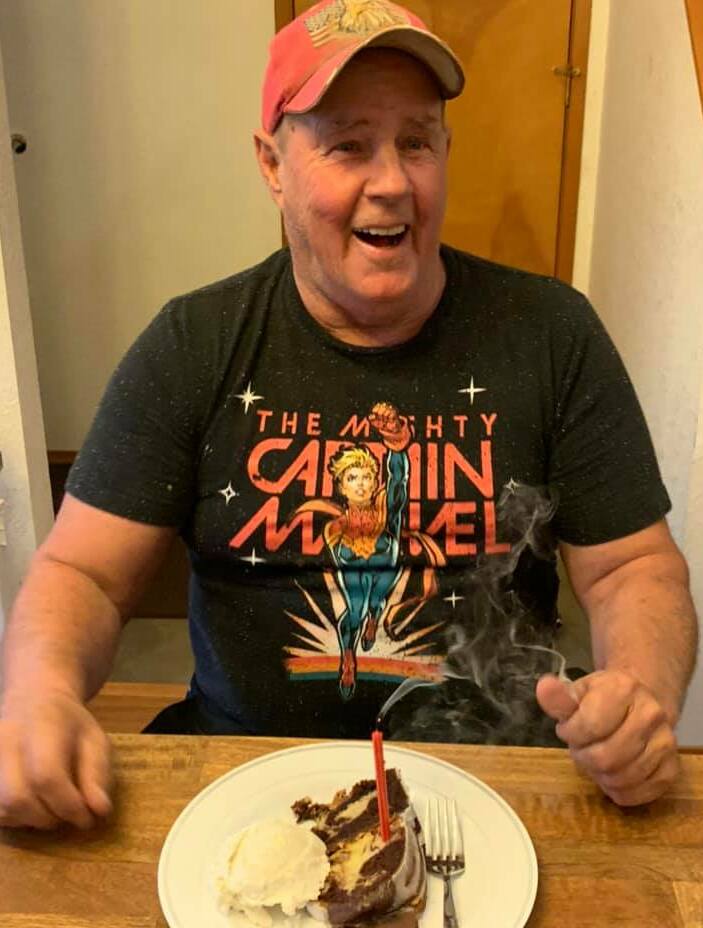 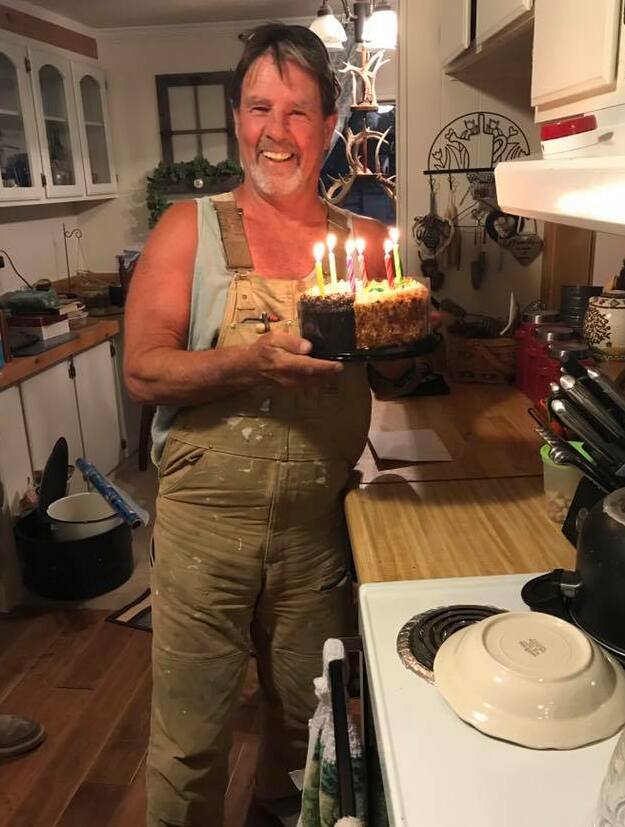 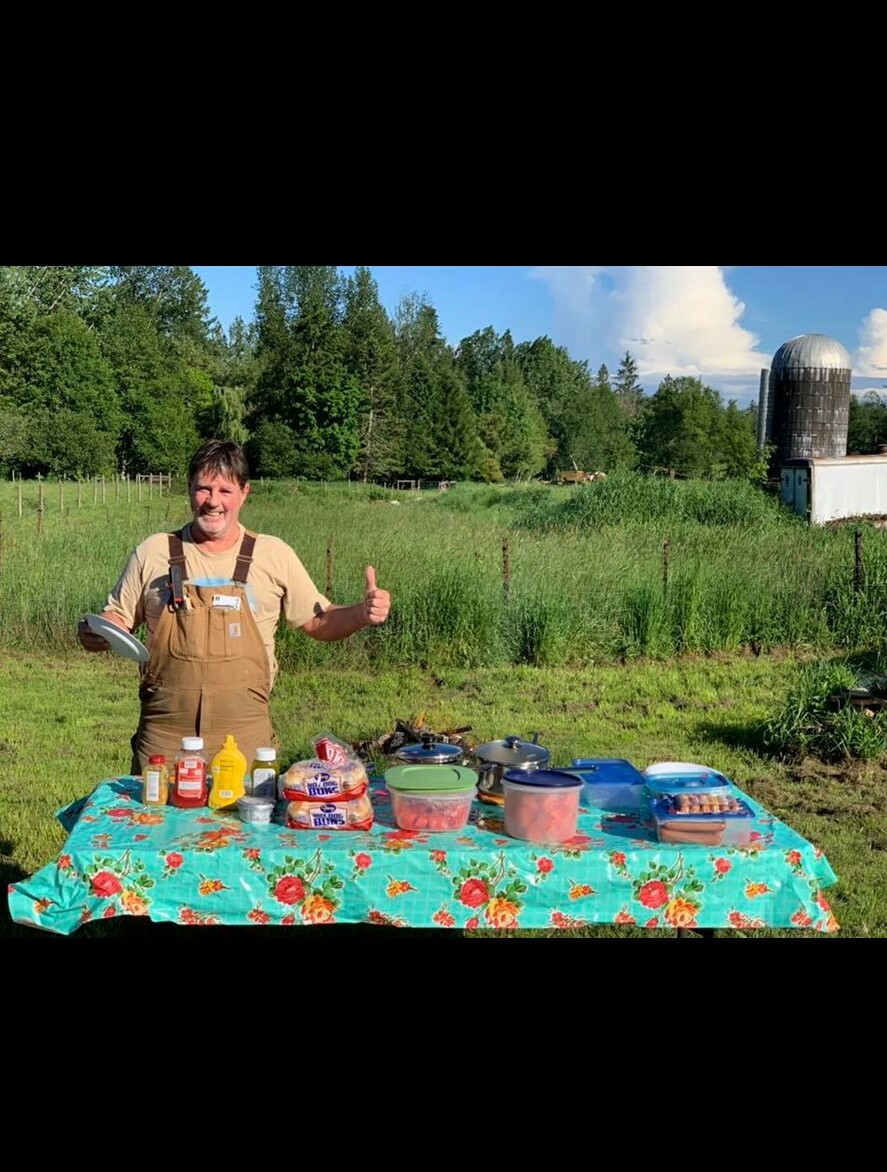 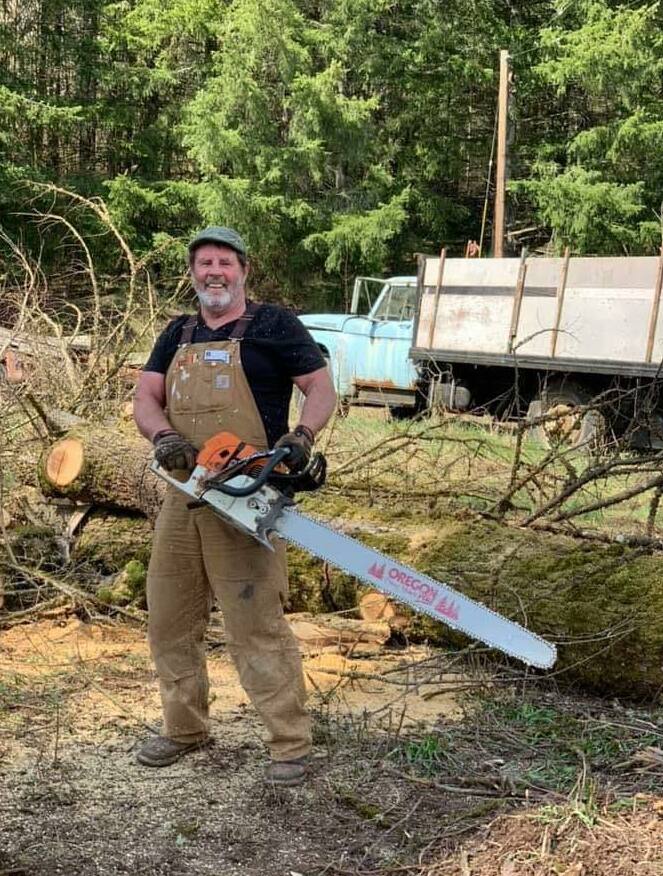 David belonged to God and his life was safe and secure in him. In life threatening situations, David was assured God was with him. God was with him as he passed into new life. Death was swallowed up in Victory. He is safe in the arms of Jesus.

“I am the resurrection and the life. The one who believes in me will live, even though they die.” - John 11:25

David now rejoices with the Lord.

After graduating high school, he moved to Oklahoma to break horses.  David loved to “saddle up” and ride. He left that job to work as a carpenter.  His first interview for that particular job was memorable. They asked him for his resume. He answered back, “My toolbelt is my resume.” He was hired on the spot. He became an amazing skilled carpenter! If he built it, it still stands. David was employed with Graham Construction, where he met his good buddy, Steve Vieu, Supervisor. David introduced his cousin, Donna, to Steve in 2003. It’s a continued romance story for sure!

Between the logging and carpentry jobs, David did farm slaughter and trimmed and rode horses for Kenny Smith in Omak, Washington.  That’s when the fun began…. Kenny introduced him to riding in the famous suicide race held during the Omak Stampede at the rodeo grounds. David was explorer on horseback. He loved riding in the mountains, at the ocean, and he often mentioned racing down the suicide hill. One year, they announced him as winner over the loudspeaker, “And here comes David Nobald!” David rode off towards the announcer and tore him a new one!

David was also an avid hunter. For many winters, he provided his friends and family with venison. He could track game and skin a deer like no other. He looked forward to every hunting season. During hunting season, his best friend and hunting buddy, Kelly Davis, lived it up for three straight weeks; no rifle hunting, only bow and arrow were used. They hung around the hunting shack playing crib. Jerry Miller was another great friend and hunting partner, as was his lifelong friend, Glen Hecht, and wife, Janet.  Oh, how he loved his buddies, Dena, Tom, and Bink.

David was picky about some things. It had to be Irish Spring soap and Pantene 2-1, or else!

David is survived by his loving, mother, Sandra Stumpf of North Platte, Nebraska, whom he deeply loved. He was so happy he able to spend precious time with her in May.

He also leaves behind his loving wife, Elizabeth. Together they romanced, traveling coast to coast with the windows down and with the radio blasting. They rode up mountains, down the beach, and through meadows on horseback, making beautiful memories.

David loved being a dad to Clayton, Starla and Andy, and Petee and Eli. He loved and adored them. Family time was so special for him. Filling the days with joy, laughter, and happiness is what he lovingly brought to them.

David felt blessed being “Grampa” to Lance and Payton. He loved watching them grow up to the amazing young men they’ve become. He was so proud of them. David loved their dad, Jared, as his son. They shared a special bond.  He loved Gramma Trina so very much.

David will be deeply missed by his nephew, Jacob; wife, Amanda, and their beautiful children.  He spent recent years on their ranch helping to keep up with ranch life. He loved the daily prayer time with them.

David made instant friends with so many because of his fun-loving ways. He loved his childhood friends, Steve, Terri and Randy, Sandy, Denise, John, Duane, Glen and Janet, and Donald Blagg. He loved his beach buddies to the fullest! They were his happy tribe! Special hugs to Mike and Robbi, Kim and Kelly, Doug and Laurie, Stacy and Krista.

David’s love for his wife, his friends, and his family ran deep and will be cherished forever.  He will be deeply missed.  His heart, his smile, his laughter and his love. Until we meet again, rest in peace our dearest David. You will forever live on in our hearts.

To send flowers to the family or plant a tree in memory of David Nordblad, please visit Tribute Store