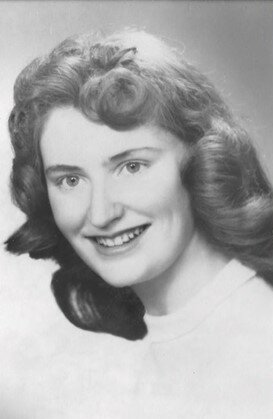 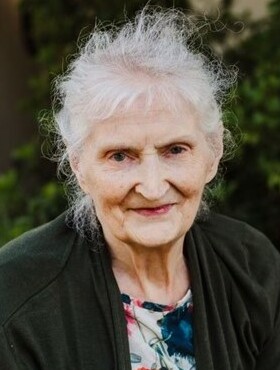 Mary was born April 1, 1938, in Bingen, Washington, to Raymond Martin Crawford and Gladys Ruth (Wysaske) Crawford. She was the second of five children and their only daughter. She and her family later moved to the Olympia area and she graduated from Olympia High School.

While working for the State Highway Department, she met her husband, William Edgar Johnson, and the two were married in 1963 and she became a second mother to his children, Dallen, Dane Erik, Tamara Lynn, and Darryl Wayne. They moved to Alaska in 1964, first living in Juneau, and then in Anchorage. In Anchorage, they had two more daughters, Teresa Marie and Tanya Raye.

In 1974, Mary moved back to Washington with Teresa and Tanya and eventually divorced. She went back to work for the State of Washington at The Evergreen State College, first as a keypunch operator and later as an office assistant in the Purchasing Department. She worked there until she retired. She was an active member in The Church of Jesus Christ of Latter-day Saints, and was a frequent Primary teacher, which was her favorite calling. She also helped out in the Asian branch in Olympia in the 1980s.

Mary was a very family-oriented person and spent many holidays and other times with extended family. She had a great love for others and was very service oriented. In her later years, she made many quilts for donation to LDS Charities. She was a hard worker and taught her children the value of hard work.

Mary had many talents and hobbies. From her youth, she began drawing and later painting. Also in her youth, she had a vivid imagination, often making up stories about her family’s chickens. She did embroidery and loved to garden. Crafting was a favorite hobby.  Paper mache, painting rocks, decorating blown eggs, weaving birds and baskets, Shrinky Dinks, creating custom cards for people, and polishing the agates and other stones she hunted for, were just a few of the crafts she enjoyed. Other hobbies included skiing, gardening, berry picking, baking, old movies (especially musicals), and family history. She studied natural foods and participated in survival fairs with a booth about “wild edibles.”

To send flowers to the family or plant a tree in memory of Mary Johnson, please visit Tribute Store