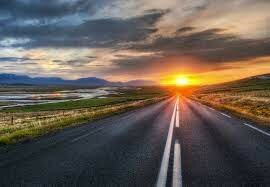 With great sadness, the family announces the death of 42-year-old Jesse Matt Britt-Comer. Jesse passed away Wednesday, April 20, 2022, at 12:20 p.m. at home in Olympia, Washington, after a long and courageous battle with colon cancer. Though an uphill struggle, he approached every step with a positive attitude, and he never gave up or lost his sense of humor or will to live. His strength and determination were an inspiration to many.

Jesse was born in McCleary, Washington, on May 6, 1979, to Bobby Comer and Diann Britt, the first child in their family. Jesse had a love for football and wrestling and graduated from Elma High School in 1998. Upon graduation, Jesse began working for Cannon Construction with mentors and close friends, Jason Olsen and Mike Tallman.

In 2002, Jesse met Amanda Cantrell in Olympia, where they lived across the street from one another. It was love at first sight! They married in McCleary on August 20, 2005. Jesse was a loving and caring husband.

In 2005, Jesse went to work for Grays Harbor County's Road Maintenance Division, where he had a blast working on the road crew with several close friends including, Kevin, Ryan, Matt and Paul (to name a few).

Jesse was an avid motorcycle rider and was happiest when the wind blew across his face. He loved discovering and riding backroads near and far with his best friend, Josh Bednarik. Jesse loved the outdoors, hunting, fishing, golfing, and spending time with family, friends, and his beloved dogs, Macie and Emma.

Jesse is survived by his wife; his brother, Ryan; his parents; and many cousins, aunts, uncles, and friends.

Jesse's life was full of meaningful relationships. He affected so many lives during his 42 years, and those around him will miss him greatly. He will be remembered for his strength, authenticity, unconditional love, and humor. Jesse is now forever in the wind, riding in heaven.

A private celebration of Jesse's life is planned for June 2022. Instead of flowers, donations can be made in Jesse's name to the nonprofit organization of your choice.

Please leave condolences or share memories and photos on the Tribute Wall to the left or in Jesse's private Facebook group.

To send flowers to the family or plant a tree in memory of Jesse Britt-Comer, please visit Tribute Store

Share Your Memory of
Jesse
Upload Your Memory View All Memories
Be the first to upload a memory!
Share A Memory
Send Flowers