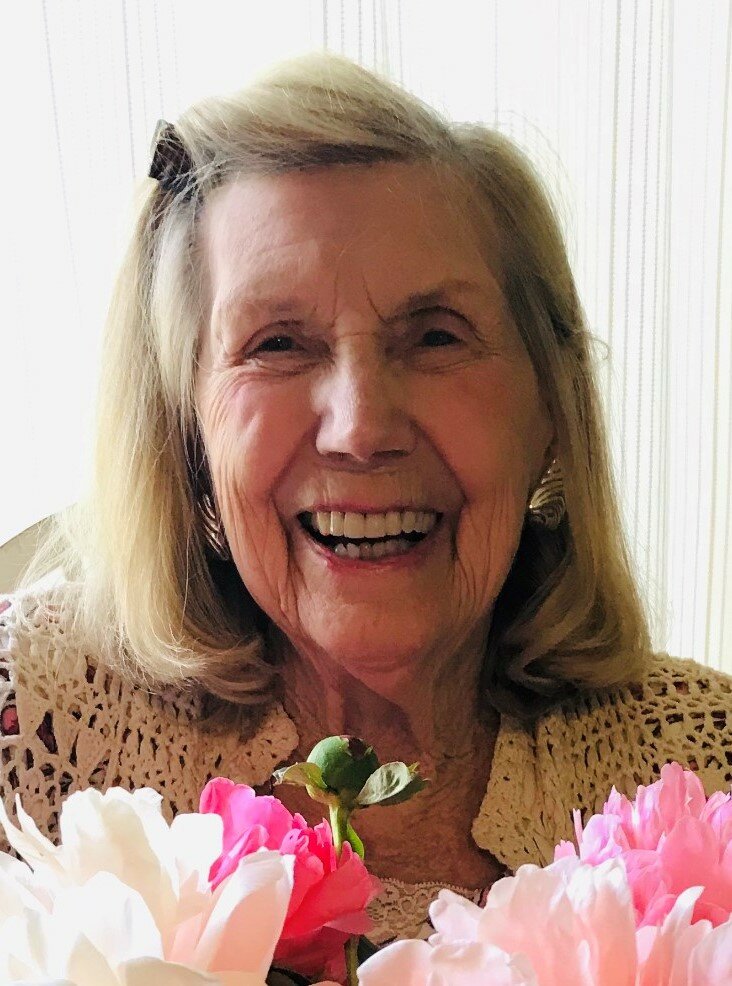 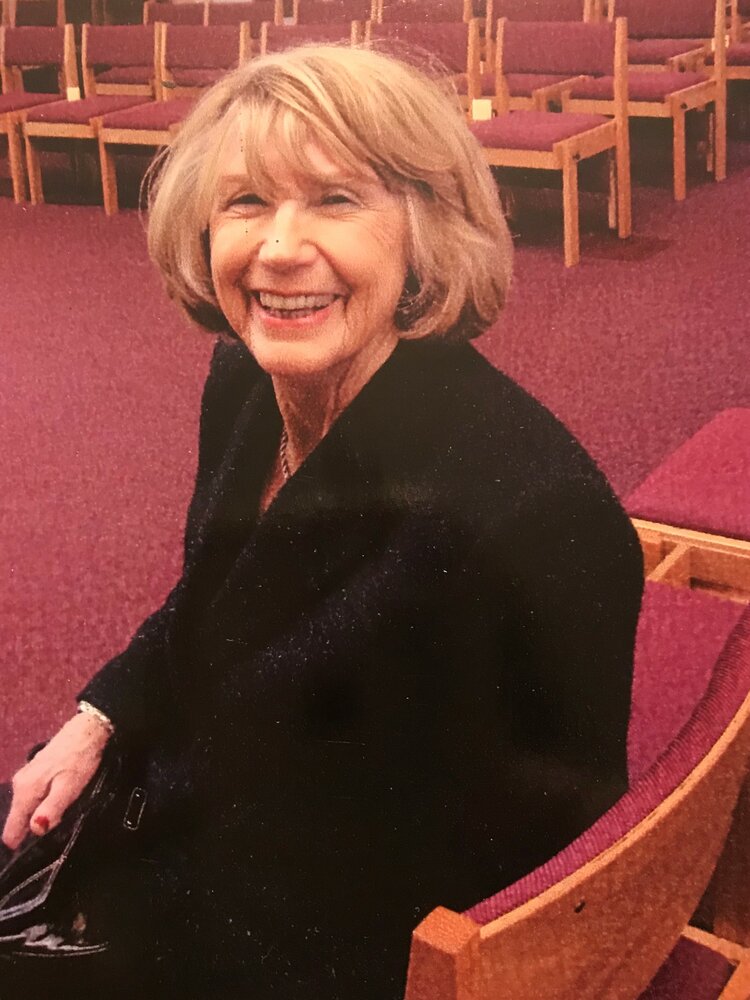 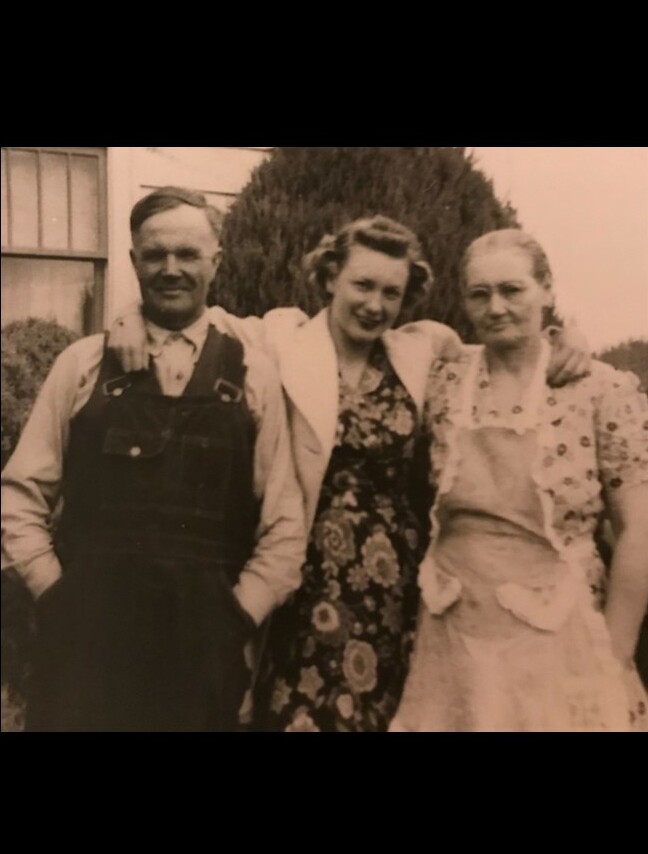 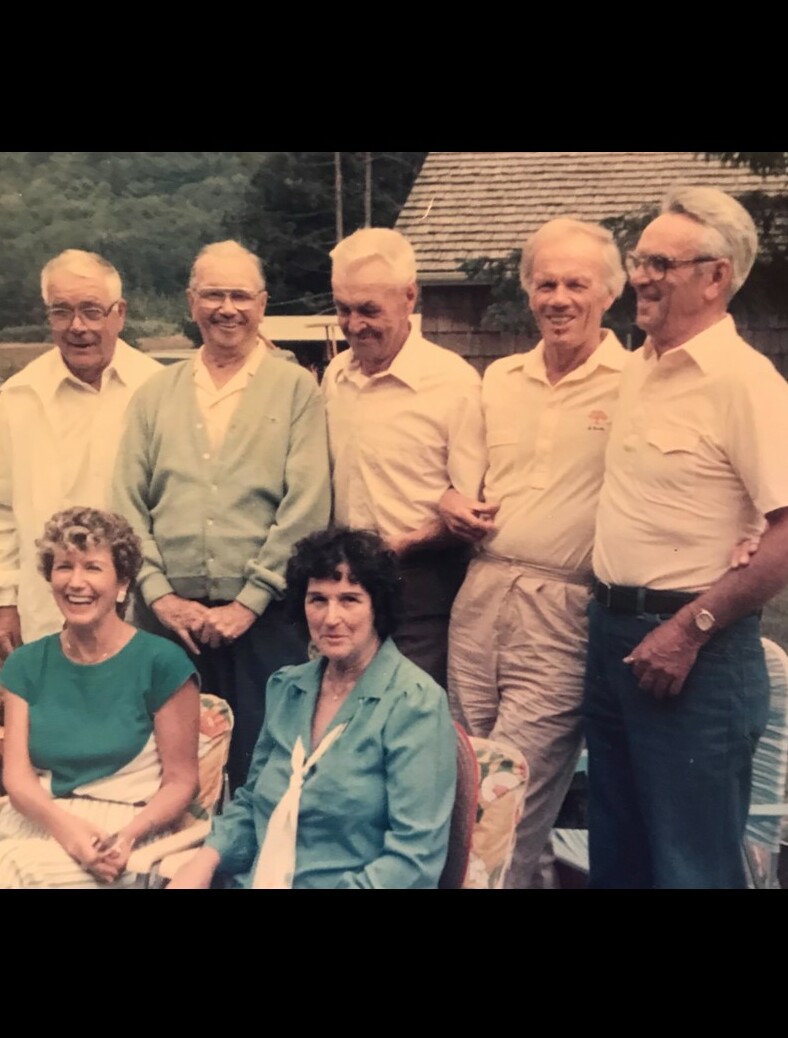 On May 12, 2022, Alice Lillegard Weston passed away peacefully at home in Olympia, Washington.  She was 102 years old.  The youngest of nine children, she was born on April 11,1920, at home in Stephen, Minnesota, to Barbro and Knute Lillegard who emigrated to the United States from Norway at the turn of the 20th Century.  When Alice was nine years old, their family moved to Aberdeen, Washington, and lived at Finch Farms where Knute built homes, and many Scandinavian immigrants settled.  Alice attended the small Finch Farms schoolhouse her father built.

Hers was a very happy childhood.  Alice recalled growing up in a home full of love that was always gentle and calm.   She loved to be teased by “the boys,” as she called her brothers, and learned to laugh at herself by being the youngest.  In those days, her family shaped her wonderful sense of humor.

Alice loved to sew and create beautiful things. Her mother taught her to sew by hand at an early age. She was fearless and would tackle any project, especially when joined by her sister, Gladys.  Alice had a fascination with fabric and garments, which fed her lifelong love of all things fashion.

Alice graduated from Weatherwax High School in Aberdeen in 1938.  After high school, she boarded a bus to South Dakota to live with her oldest brother, Jack, and attend South Dakota Teacher’s College.  Upon returning to the West Coast, Alice moved to Portland to experience life and work in the big city. In 1950, Alice married Joe Karamatic in Aberdeen.  They had two girls, Janet and Linda.  Alice was a devoted mom, active in PTA, a Girl Scout leader, and the major cheerleader in all pursuits the girls had.   Alice was a member of Our Savior’s Lutheran Church, which she and her girls attended regularly.   During those years, they spent many happy days at Grayland and North Cove.  Picnics, day trips, and extended stays at her parents’ house in Grayland with family and her gaggle of girlfriends were a constant source of fun.  As her daughters became teenagers, Alice went back to work at ITT Rayonier and eventually the City of Aberdeen.

Alice married Bert Weston in 1975. They made their home in Central Park before moving to Olympia to be closer to her family. Bert and Alice spent 27 years travelling and enjoying friends and each other.  They lived in multiple homes in Olympia, always pouring a great amount of love, attention and hard work into them.  Bert passed away in 2002.

Alice seemed to defy her age.  She lived on her own until four years ago. She drove and washed her own car until age 92.   She and her companion, Bob, loved travelling well into their 90s.  They spent many weekends at his home on Hood Canal, enjoying the company of family and friends.  They matched each other in energy and resolve, and their zest for life was inspiring.

Always beautiful, quick to laugh, impeccably dressed and smiling, Alice will be remembered for her sweetness, her grace under challenges, and for her ability to adapt and rebuild her life over and over for 102 years.

Alice was preceded in death by her parents and siblings; her husband, Bert Weston; and her longtime companion, Bob Preble.

To send flowers to the family or plant a tree in memory of Alice Weston, please visit Tribute Store

Share Your Memory of
Alice
Upload Your Memory View All Memories
Be the first to upload a memory!
Share A Memory
Send Flowers