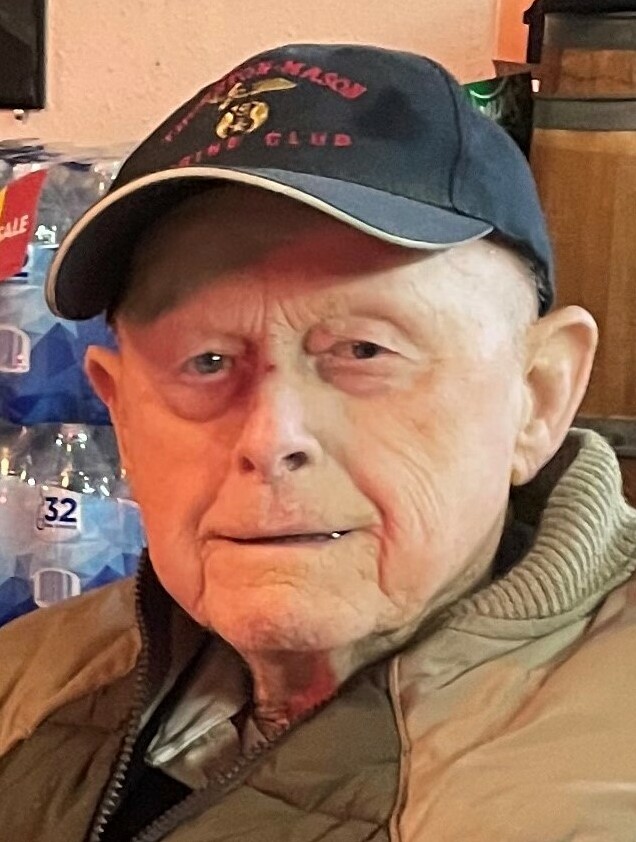 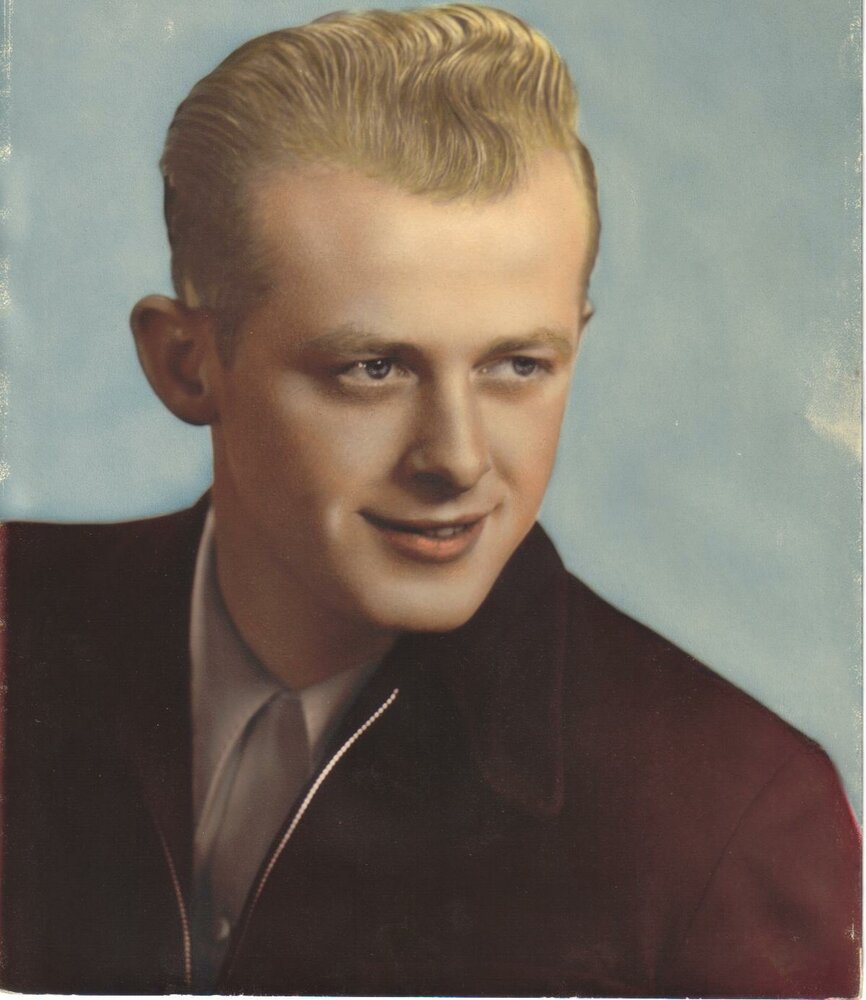 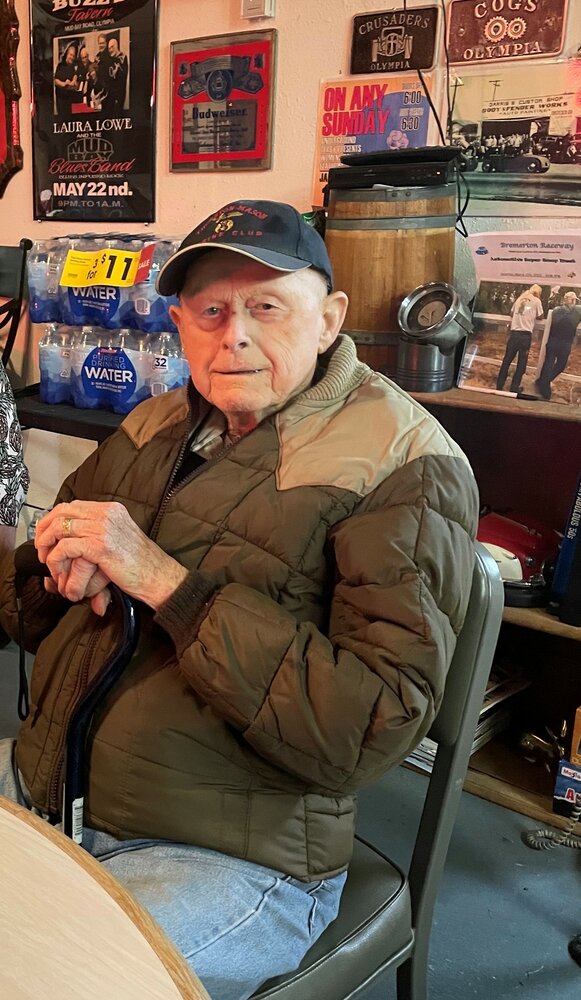 Glide Harlan “Snuffy” Smith was born February 13, 1929, in Olympia, Wash. at the old St. Peter Hospital to Harlan and Irene (Hoppel) Smith.  As a young boy, he lived in Gate City, Washington, before moving to Black Lake in the late ‘30s.  They moved into their family home in Tumwater on December 7, 1941.  Snuffy lived in Tumwater for most of his life and died at home with family by his side on April 20, 2022.

Snuffy attended the Gate Schoolhouse Grade School, Michael T. Simmons Grade School and Olympia High School, Class of 1946.   While in high school, he met his future wife, Doris Lohrengel, at the Tumwater Skating Rink.  They were married May 25, 1951, and spent the next 61 years together.

He was stationed in Germany while serving in the Army during the Korean War.  After his return, he went to work as a bellhop in both the Olympian Hotel and Governor’s House.  He spent time working a few other jobs before following in his father’s footsteps on the waterfront as longshoreman, where he spent the next 30+ years before he retired.

Snuffy was a member of many clubs but was most proud of his time as a member of the Masonic Lodge (Olympia #1 & Harmony #18), Scottish Rite, and the Afifi Shrine Club.  He spent over 50 years devoted to the various Masonic Organizations and Shrine Units.  He was also a member of the Elks, Moose, Foot Printers, Turtles, and several other fraternal groups in both Thurston and Lewis Counties.  He loved joining clubs.  The family found over 52 different membership cards!

He rode dirt bikes into his 80s and also rode street bikes for many years with the Goldwing Road Riders Association.  He especially enjoyed camping on the Naches River with friends and family.  Year after year, they would ride up into the hills, coming back to camp at the end of the day and telling stories around the fire at night.  The family holds fond memories of these days together with lifetime friends.

He was preceded in death by his parents; his wife, Doris; sister, Delores (Irvine); and brother, Les.  He is survived by his son, Harlan (Liana); daughter, Teresa (Bill Sapp); and grandson, Ryan Sapp.  He is also survived by grandson, Billy Sapp; great-grandson, Brendan Sapp; as well as numerous nieces and nephews.  He is the last of his generation in the family.  He enjoyed life to the fullest and was always the life of the party.  He will be missed by all who knew him.

Nicheside Services will be held June 18, 2022, at the Masonic Memorial Park, 455 North St, Tumwater, WA 98501. Masonic Services will begin at 10:00 a.m. (all are welcome to attend), followed by a Memorial Service at 11:00 a.m.  Following the memorial, there will be an afternoon of sharing and celebrating Snuffy’s life at the home of Rick and Nancy Mayer.

Donations may be made to the Shrine Hospital for Children at shrinerschildrens.org, the Gate Schoolhouse at gatecityschoolhouse.com, or a charity of your choice.

To send flowers to the family or plant a tree in memory of Glide Smith, please visit Tribute Store

Share Your Memory of
Glide
Upload Your Memory View All Memories
Be the first to upload a memory!
Share A Memory
Send Flowers