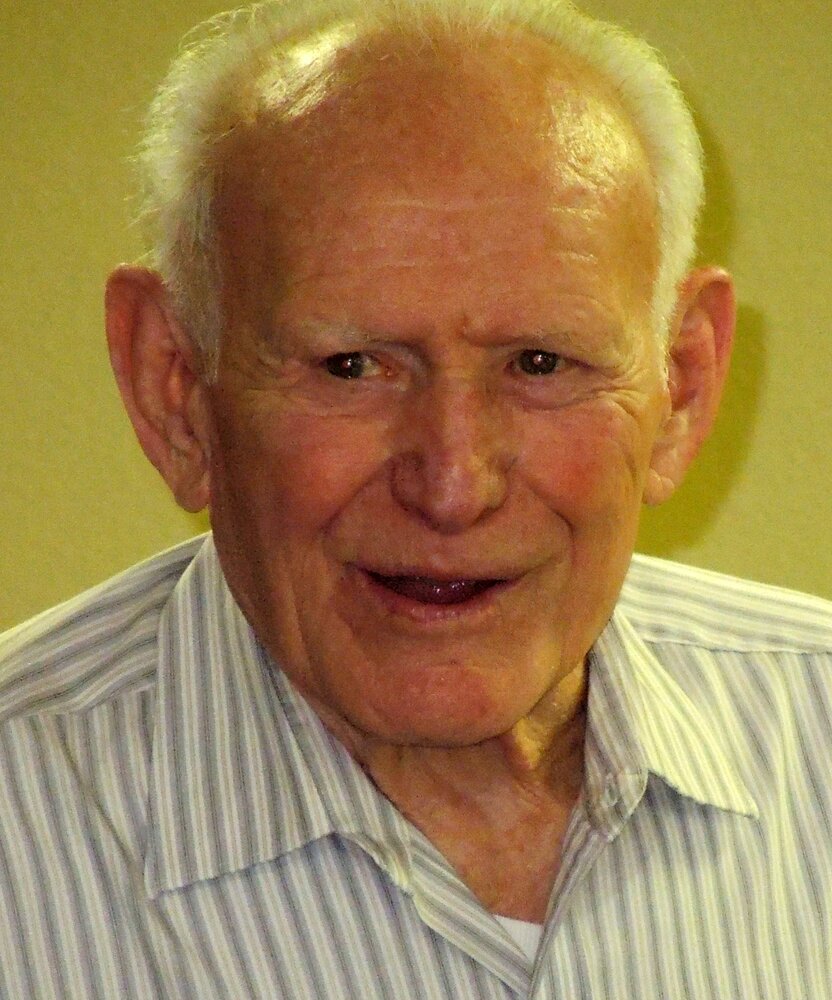 Elmer Raymond Sanborn, age 97, a resident of Olympia, Washington, was born January 25, 1924, in Bellflower, California, to Gordon and Esther Sanborn. He was the second of six boys. He died of natural causes on Sunday, October 3, 2021, and has gone to be with the Lord.

After graduating from Excelsior High School in 1942, Elmer became a pilot in the Army Air Corps. He was a First Lieutenant in the 418th Night Fighter Squadron. He was a flight instructor for the B-25, P-61, and also flew the PBY.

After leaving the service, he attended USC and law school before moving to Turlock, California, where his parents had resettled during the war. He worked a variety of jobs until he became a real estate appraiser.  He appraised for a number of savings and loan companies.

He married Bonnie Turner in Turlock on November 3, 1951, and in 1971, the family moved to Yakima, Washington, where Elmer worked for the Federal Housing Administration. He loved fishing and hunting, camping, gardening, and raising flowers. In retirement, Elmer and Bonnie enjoyed spending several winters in Arizona and traveling to England.  He loved playing games with friends, as well as researching and writing his family history.

Elmer was a man of faith, loving the Lord and faithful in church attendance, most recently Littlerock Community Fellowship.

Elmer is survived by his wife of nearly 70 years, Bonnie; two daughters, Brenda (Doug) Comsia and Patricia Sanborn; and his beloved granddaughter, Kristi Morefield. He was also a much-loved grandfather to Brian Colbo and Allison Lambert.  Two brothers, Jim and Rae, also survive, along with many nieces and nephews. His parents, and his brothers, Lee, Harold and Don, predeceased him.

A loving husband, father, grandfather, brother and friend, he will be greatly missed as we look forward to seeing him again in Heaven.

A graveside service will take place at Tahoma National Cemetery in Kent, Washington, on Thursday, October 21, 2021, at 12:30 pm. In lieu of flowers, donations in memory of Elmer may be made to Olympia Union Gospel Mission, PO Box 7668, Olympia, WA 98507.

To send flowers to the family or plant a tree in memory of Elmer Sanborn, please visit Tribute Store

Share Your Memory of
Elmer
Upload Your Memory View All Memories
Be the first to upload a memory!
Share A Memory
Send Flowers