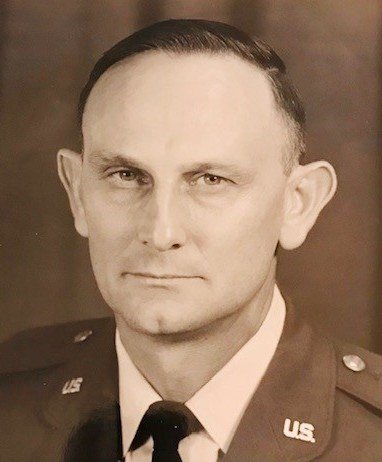 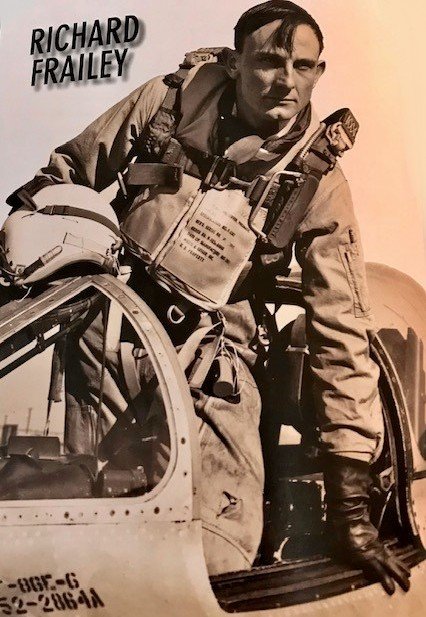 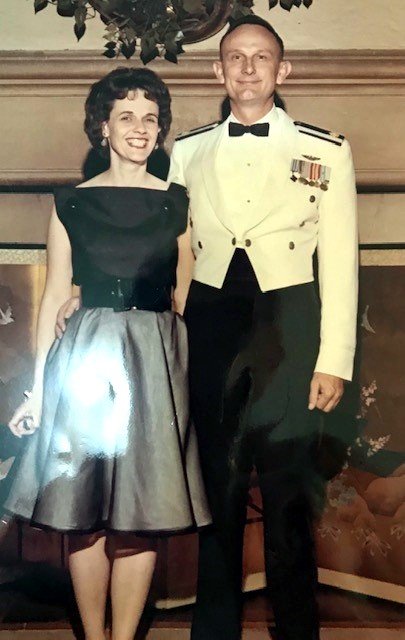 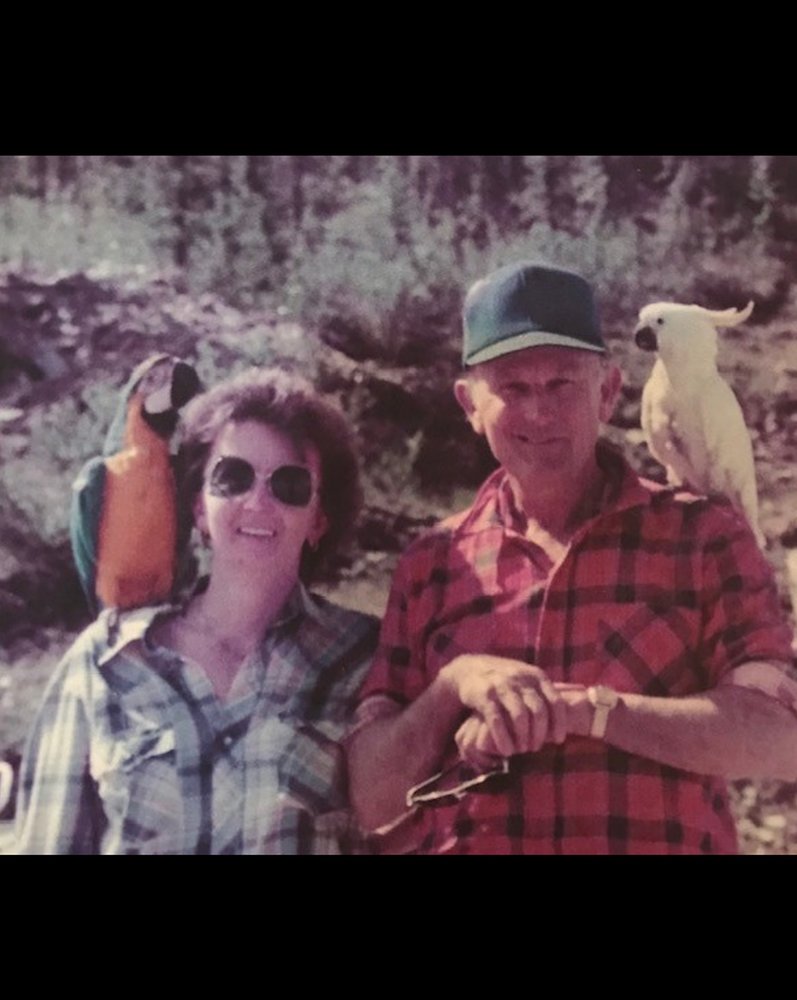 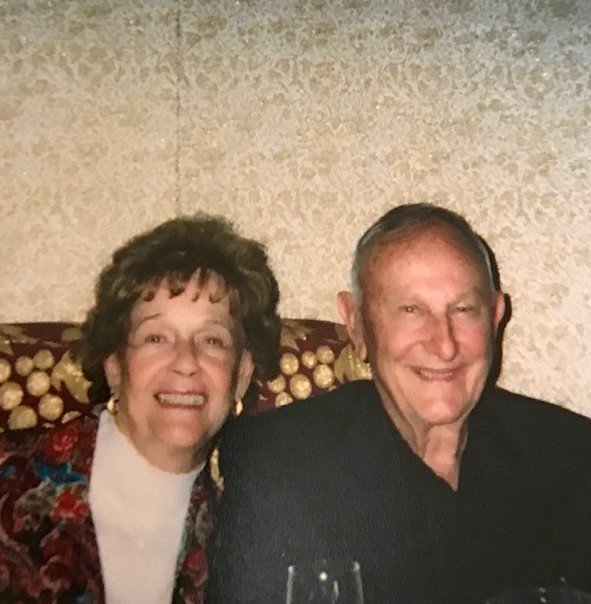 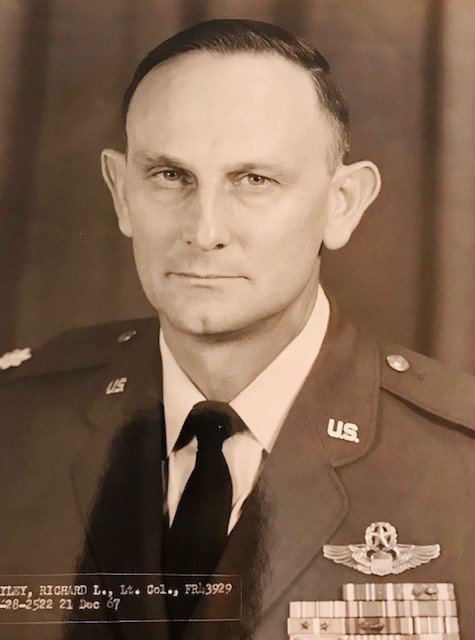 Colonel Richard L. “Dick” Frailey (USAF) passed away quietly at home, surrounded by his family on March 18, 2021, in Tumwater, Washington.  Col. Frailey was born in Tooele, Utah, on April 11, 1927, to Josephine and William Frailey.  He is survived by his wife of 71 years, Jacqueline Lamoreux Frailey; his children, Mary Kay Face, Skip Frailey, and Janet Frailey of Olympia, Washington, and Shellie Frailey of Lee’s Summit, Missouri.  Frailey has seven grandchildren and five great grandchildren.

Col. Frailey lived an exciting, adventurous life.  Upon graduation from high school, he immediately joined the U.S. Navy during World War II and shipped out to Midway.  Upon his return stateside, he attended Utah State University.  While there, he met a beautiful Washingtonian, Jacqueline “Jackie” Lamoreux from Elma, Washington.  It was not long before they were married and Frailey joined the U.S. Air Force, where they were sent to Winterhaven, Florida for flight school.  Upon completion, he was sent to Korea in the midst of the Korean War.  In Korea, he became a jet fighter pilot, flying F86 Sabre jets, and earned the nickname of “Fearless Frailey.”  He remained in the Air Force for 20 years, serving on various bases throughout the country, Guam Island and Thailand.  While on Guam, he flew a number of flights into Viet Nam.  Col. Frailey proudly served his country in three wars.

After retirement, the Fraileys moved to Olympia, where Frailey started making candles in his garage as a hobby.  He sold a few to friends, but before long, word got out and he ended up with a candle factory and two retail stores.  He remained in the candle business for 10 years, but then started looking for new opportunities.  When Frailey sold the candle factory, he tried his hand at various endeavors, including yacht sales.  Dick and Jackie always loved being on the water, so they purchased a yacht and headed out.  They cruised the coasts of Alaska, Canada, and ports in between.  When they were not traveling in their boat, they lived in port at the Olympia Yacht Club for 12 years.  Also, during this time, Dick and Jackie leased land in the Yukon, rented mining equipment, and worked there for a few seasons.  The work was tough, but they loved every minute of it and the many friends they made there.  The time came when they were ready for something else new and exciting!  The boat was sold and they headed to Gold Canyon, Arizona, where they lived for 10 years, exploring the Southwest.  The Fraileys began to miss Washington and wanted to spend more time with their children.  While they did move to Tumwater, they also purchased a motorhome, just to be ready for any new adventures!

“Fearless” Frailey was a true character in the very best sense of the word.  He always had a great story to tell from the annals of his life.  Dick and Jackie were never afraid of what was around the next corner – always ready to jump in and enjoy their lives together.  He will be missed by his family and friends.  Fortunately, they will all have some amazing stories to tell!

There will be a memorial service with military honors at the home of Skip and Sherry Frailey in Shelton, Washington, on Saturday, March 27, 2021, at 2:00 p.m.  The family would appreciate an RSVP to mkfrailey333@gmail.com.

In lieu of flowers, please consider making memorial donations to The Fisher House Foundation, which provides housing near Veterans hospitals for families of military loved ones who are hospitalized.

To send flowers to the family or plant a tree in memory of Richard Frailey, please visit Tribute Store