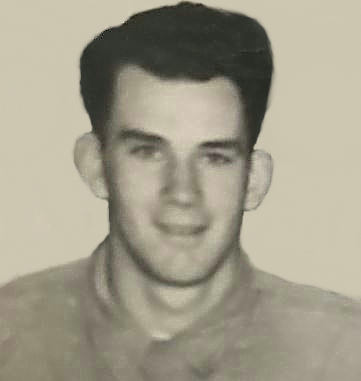 As a kid, Lawrence was a daredevil, climbing trees and 50-foot-tall grain silos. About age 12, he broke both arms after he fell out of a tree—but he got to stay home from school till he mended. Young Lawrence taught himself “Morse Code,” and later this skill served him well as a telegraph operator in the U.S. Army.

Lawrence attended “country schools” in Udall, Kansas, through seventh grade. His father took him (and his younger brother Calvin) out of school to work at a sawmill and cut trees for the family. At age 20, he enlisted in the Army, serving from November 1951 to November 1954 during the Korean War.  His highest rank was a corporal and his honors included most distinguished service in “B” Company, 701st Armed Infantry Battalion; he earned a Combat Infantry Badge; Korean Service Medal; National Defense Service Medal; and U.N. Service Medal.

Professionally, he was a semi-truck driver for World Church of God, a bus driver, and a cab driver in Pasadena, California (1955 to 1980s); and a log-truck driver in Shelton, Washington (1980s to 1972). For pleasure, he piloted a small plane, and he also liked to “tinker” with electronics and invent gizmo machines with brother Calvin. Lawrence liked Indian cuisine, swore by chiropractic treatment, and loved his cats. He was a life-long bachelor.

A service with military honors will be held at some future date at Tahoma National Cemetery in Kent, Washington.

To send flowers to the family or plant a tree in memory of Lawrence Anthony, please visit Tribute Store