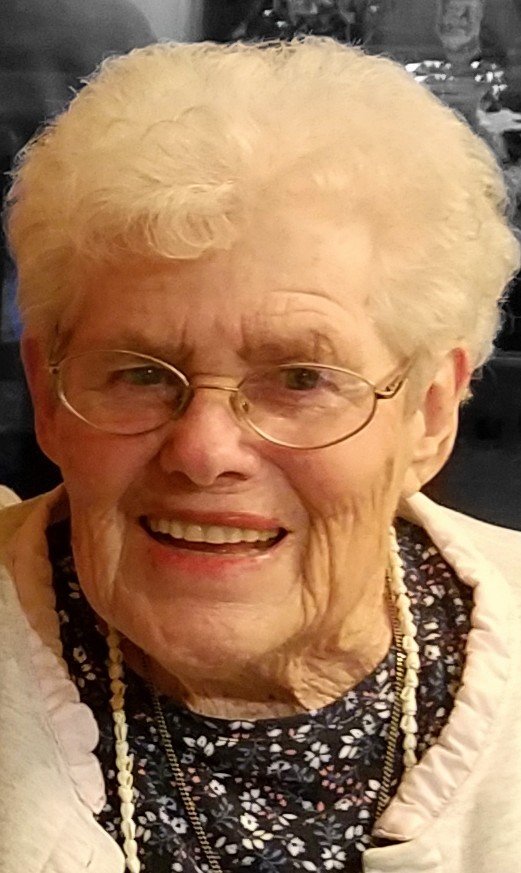 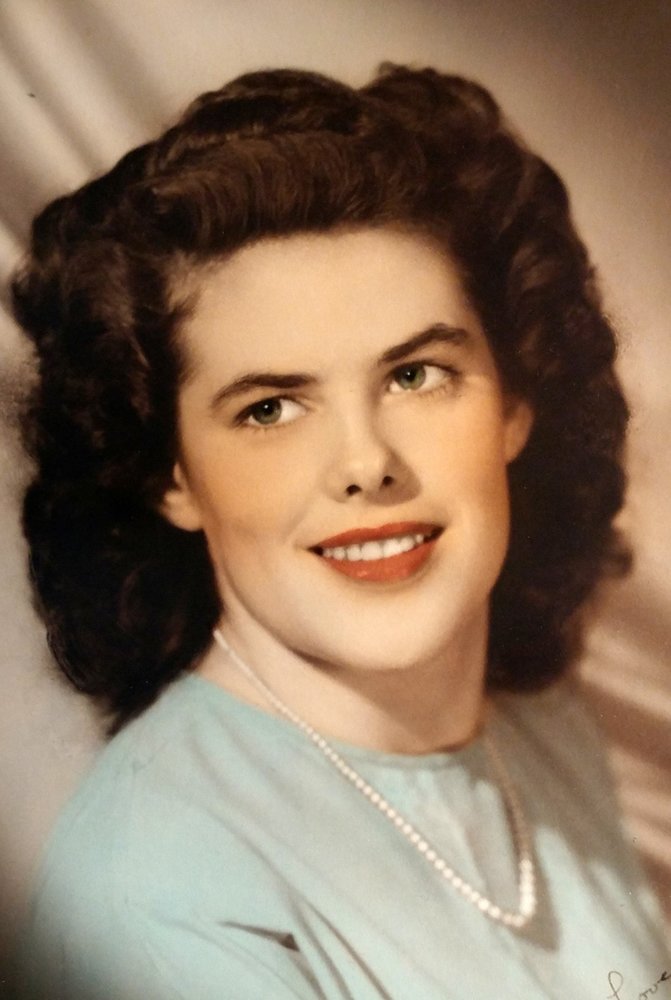 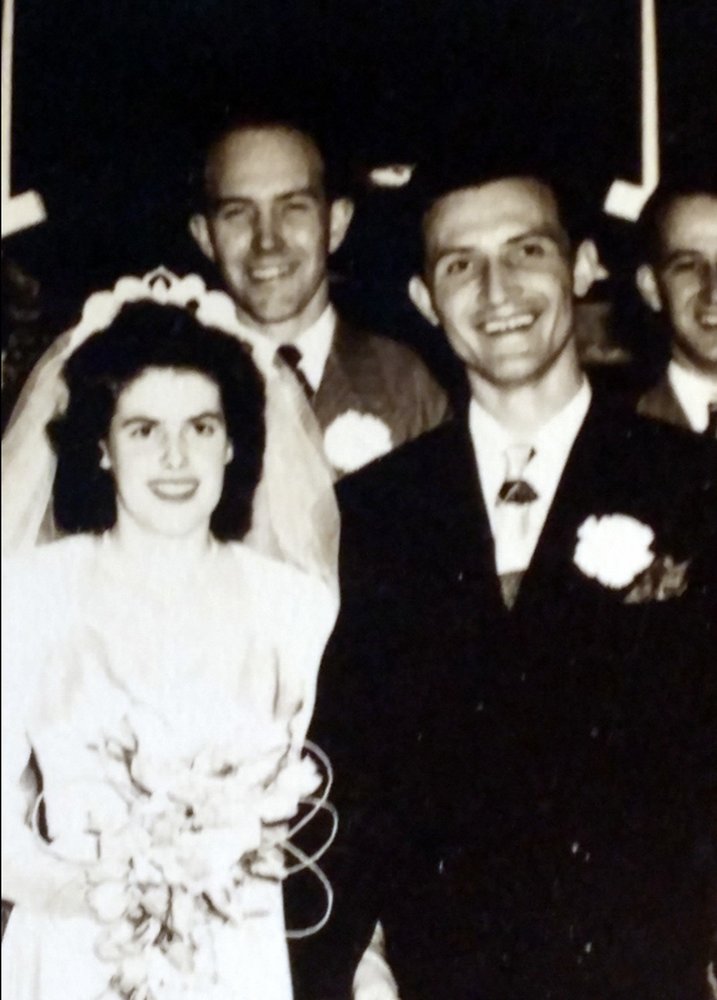 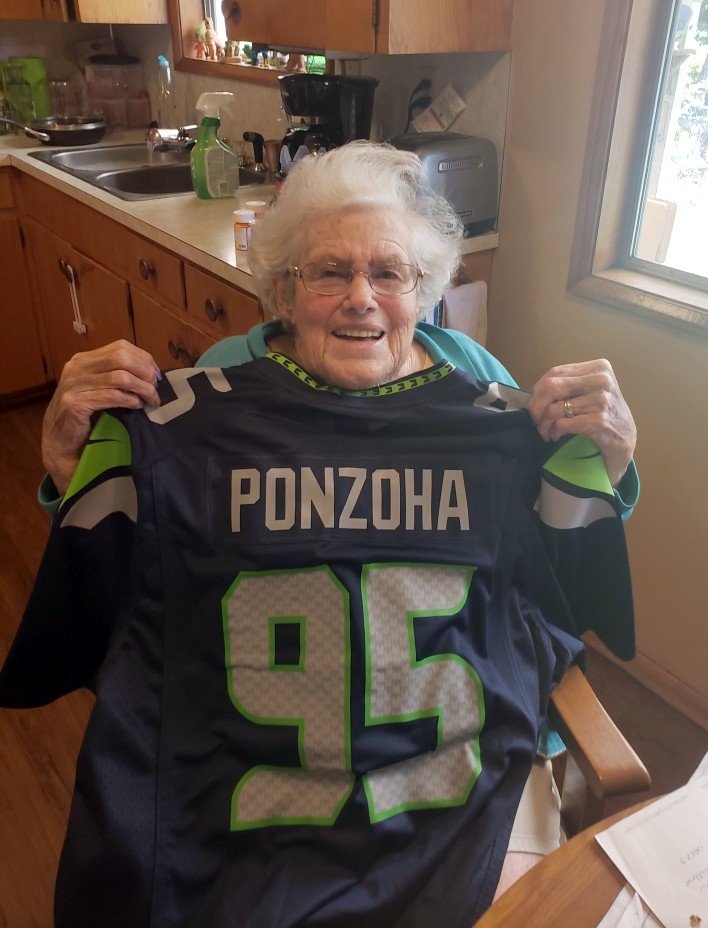 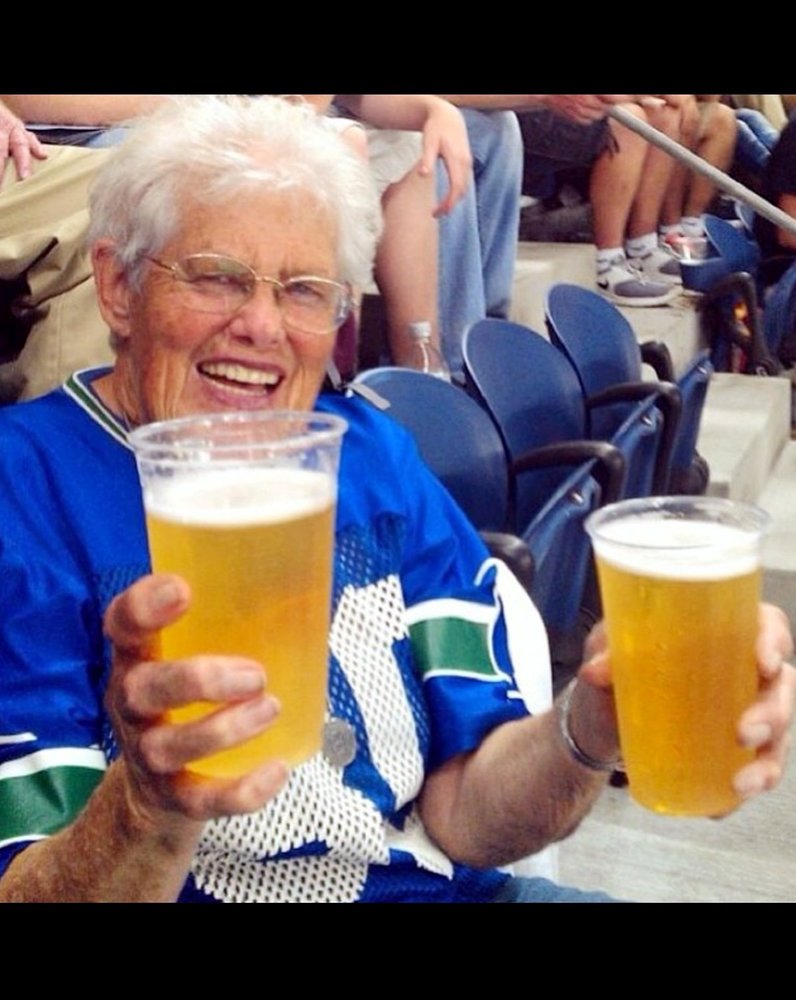 Betty Lou Slade was born May 26, 1925, in Seattle, Washington.  She was the first child born to the marriage of Walter B. Slade and Sofie T. (Hansen) Slade.  Although she was the first for this couple, Walter had a son, Richard “Dick” (Eloise) Slade, and Sofie had four children, Floyd (Marilee), Theoline ”Sis” (Joseph), Henry “Hank” (Mary), and Eugene “Gene” (Mary) Preston. About four years later, brother, Donald “Don” (Nina) Slade, was born.  Needless to say, her formative years were spent as part of a large, blended family, which would forever shape her feelings about FAMILY. She loved to tell the story about her mother-in-law asking her at one family event, “Which brother is your REAL brother?” to which she responded, “They are ALL my brothers!” (She would love that we shared this story.)

Her family moved from Seattle to Hoquiam and then Aberdeen, Washington, when she was quite young.  Tragically, her father died when she was just 15 years old.  This too played a significant role in her formative years.  She learned at a young age that life can change very quickly and it’s necessary to embrace life and those you love while you can. That revelation motivated her in all that she did.  She was a good student, particularly in math, and she graduated from Weatherwax (Aberdeen) High School in 1943.  She was quite an athlete, earning a letter jacket for basketball before letter jackets for young women was “a thing.” She was quite proud of that. It was during these years that she forged many lifelong friendships. Two in particular, Ruth and Marilyn, referred to themselves as “the three amigos.”

During high school, Betty worked at a local movie theatre.  After a short while at the theatre, the owner told her that she was “wasting her talent” at the theatre and suggested that she talk with his brother, a local banker.  That suggestion was the beginning of a banking career that spanned, on and off, three-plus decades.  She often said that she NEVER had to apply for a job.  Not long after the banking job in Aberdeen, she was approached to join the staff of the Olympia Branch of the National Bank of Commerce.  Many years later, she was invited to join a fledgling bank known as the South Sound National Bank in Lacey, Washington, where she ended her working career as a teller.  She was very proud of her role in making that bank a success.  While there, she was asked if she wanted to move “upstairs” as a supervisor/manager but she was a PEOPLE person first, so that move never appealed to her.

It was in Olympia, at the Black Lake Resort, that Betty met the love of her life.  Bernard “Ben” Ponzoha, a skinny and rambunctious young former Marine recently home from the WWII Pacific Command, set his eyes on this brunette beauty.  He knew and told her he was going to marry her.  She told him, “Not so fast!” They were married a short time later and they remained married for 54 years until Ben’s death.  This year would have been their 70th wedding anniversary. They had three children, David (Erin), Douglas (Rose) and Diane (deceased).  There are eight grandchildren, Patrick, Sarah, Whitney, Kathryn “Kate,” John, Jordan, Daniel and Kalen. Douglas’ marriage to Rose added a ninth grandchild to Betty’s FAMILY, “Little” Sarah, as she was affectionately known.   Her great grandchildren are Gaven, Benjamin, Izabella, Conner (deceased), Hunter, Bradyn, Brinlee, Kylee, Uriah and Barrett. Again, a marriage added three more great grandchildren to her FAMILY, Vanessa, Jordan and Dylan.  About two weeks prior to her death, out of the blue, she predicted the birth date (July 16) of her great-great grandchild, Henry.  Betty is also survived by brother, Don Slade, and sister-in-law, Patti Schillinger; and many nieces and nephews, all of whom she considered FAMILY and loved very much.

Betty and Ben lived full lives!  They both worked and yet found time to support, in EVERY way, their three children at their various activities, and Betty even found time to bowl in local bowling leagues.  Once they retired, they remained very active.  Betty took great pride in the “pile of dirt” they purchased in Lacey, before it was incorporated, that they transformed into “my yard,” a park like setting in the now City of Lacey.  Her “yard” was the one reason we were not able to move her from her home although we all thought she’d love the comradery of a retirement/assisted living environment.  In retirement, Ben and Betty focused their support on their many grandchildren, attending their activities, babysitting, etc., but even that wasn’t enough.  They took up golf as a couple and played at least two days a week with family and friends.  Neither were very good at it. But, if given the opportunity, Betty would love to tell you about her hole-in-one, the crown jewel of her golfing experience.  They traveled to Reno twice a year to “earn” money for Christmas and birthday presents (Betty always won more than Ben lost). They purchased Seahawks season tickets in 1976, the second season of the young Seattle team, and Betty attended all the home games until it became too difficult to navigate the stadium in her 90s. For a little more than a decade, they also attended all UW Husky home games.  But family gatherings were Betty’s favorite activities.  Christmas, Easter, birthdays, Sunday dinners, family reunions were all big productions and she was always the last to join the activity because there was always more to do to make the event special. After 95 years of living life to the fullest, Betty passed away peacefully on the morning of July 16, 2020. Consistent with her stubborn Norwegian heritage, she did it her way!  It seems fitting that about eight hours after the predicted birth of Henry she quietly passed away.

Words can never adequately describe what Betty, Betty Lou, Babe, mom, g-ma, g-g-ma meant to this family.  That’s because it is difficult, or impossible, to express how she made each of us feel. We all know that we were loved by her without condition.  We will miss her the rest of our lives and for that she can rest in peace knowing that she has left this world a better place because of her quick smile, work ethic, feisty love of life and love of FAMILY.  What a great legacy for us to continue and share with our families and the greater community.

The family would like to thank all the doctors, nurses, aides and staff at Harborview Medical Center and Providence SoundHomeCare and Hospice.  Their assistance and care during these very challenging times for Betty was remarkable and very much appreciated by Betty and her family.

In lieu of flowers, please donate to Make-a-Wish or the Cystic Fibrosis Foundations or to one of your favorite charities.

Because of the challenges surrounding the Covid pandemic, she will be buried with Ben and Diane at a private burial.  A celebration of life and her 95th birthday party, postponed by Covid, will be planned for next year, hopefully, on or around May 26, 2021.

To send flowers to the family or plant a tree in memory of Betty Ponzoha, please visit Tribute Store