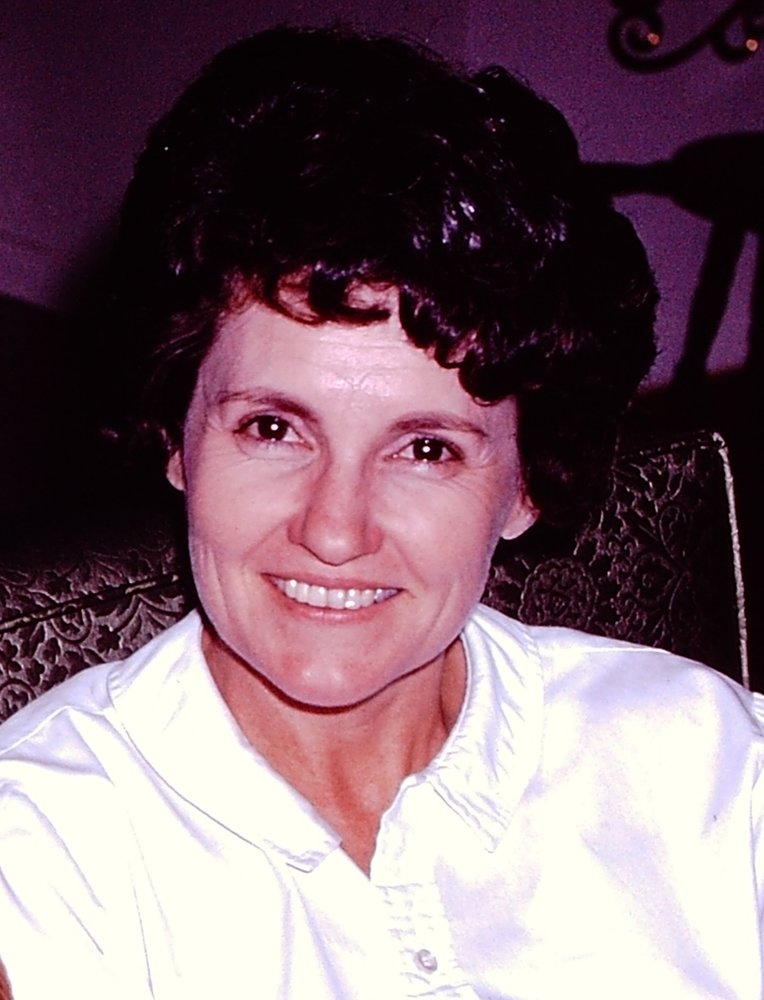 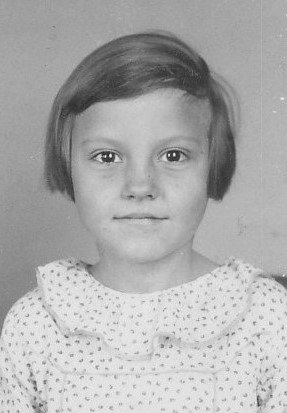 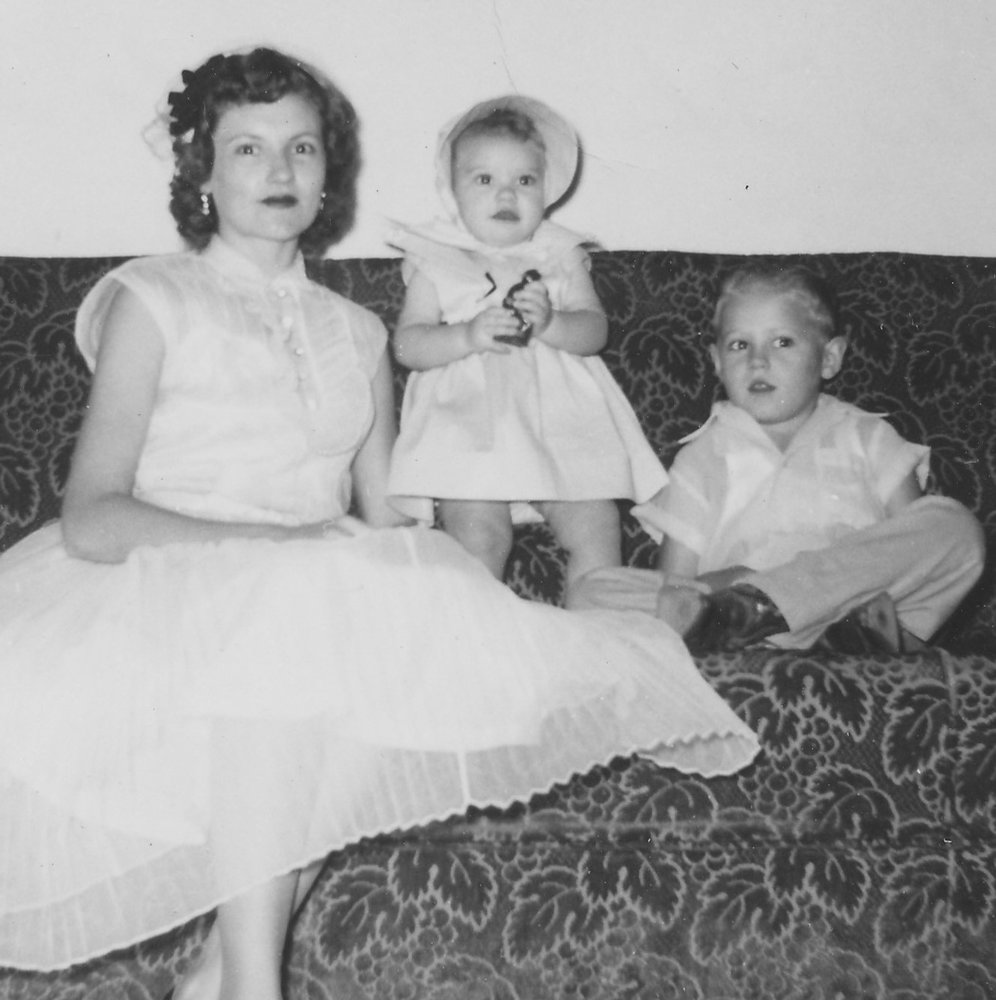 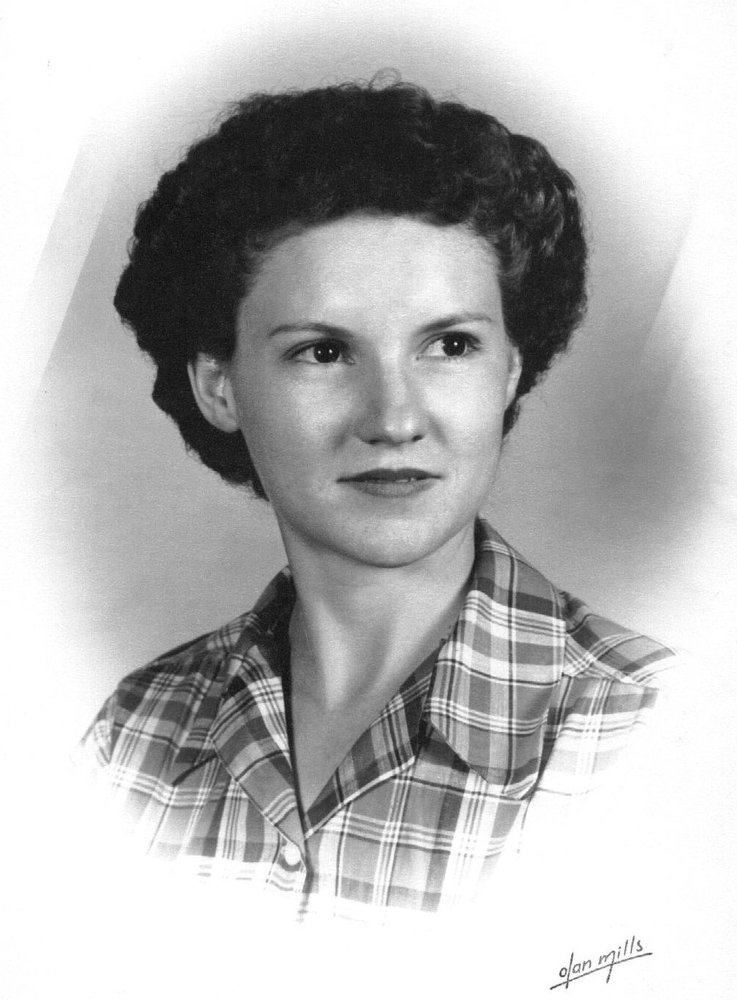 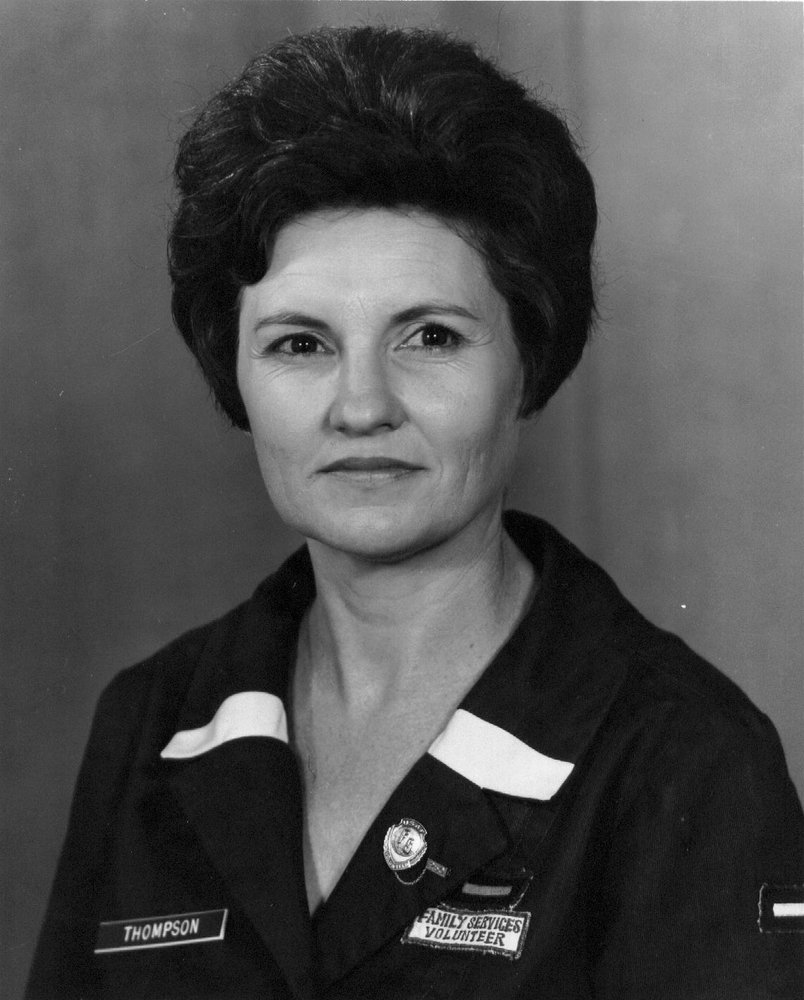 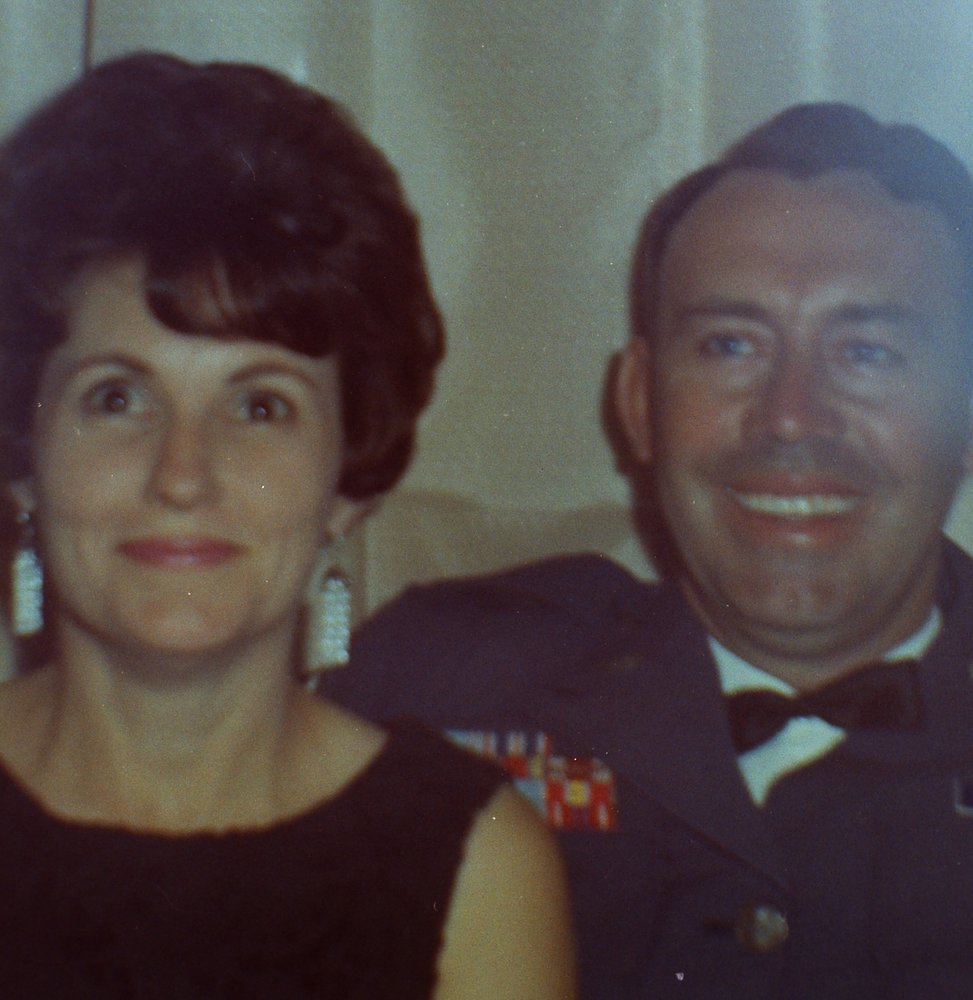 Wanda Faye Smith Thompson, a share-cropper daughter and military wife, was born on March 10, 1930, in Indianola, Oklahoma, and passed away October 20, 2019 in Olympia, Washington.

Mom was the daughter of William Henry Smith, a beloved father and Georgia Mae Ennis, a loving mother. She was the sixth child born into the family of eight: Everett Louis, William Elmer, Mildred Mae, Hildred Annie, John Thomas, Cora Elizabeth, and Nina Charlene. She is preceded in death by all family members. Tiny, as she was known throughout life, loved to share stories of her youth, picking cotton, eating watermelons right in the growing field, and shucking peanuts. She attended Haywood High School and played basketball there with her best friend, Dutch. They were known as the “Gold Dust Twins.”

She worked at Seampruf in McAlester, Oklahoma, after graduating in 1948, where she met her future sister-in-law, Alta, who introduced her to her youngest brother, RC Thompson. After two dates and numerous letters, they wed in Alta’s home. After their marriage on May 22, 1952, in McAlester, Oklahoma, she and Jerry traveled by train to Neah Bay, Washington, to join RC, where they welcomed another family member, their daughter, Leslie.

Mom loved being a military wife.  She lived in Washington, California, Texas, Mississippi, Oregon, South Carolina, two foreign countries, England and Okinawa. After Dad's retirement in 1974, they settled in Talent, Oregon, where they resided until 2009, when they moved to DuPont, Washington.

Mom made her life count by helping others. In 1964 while residing in Baker City, Oregon, she was nominated for the first “Outstanding Young Woman Award,” sponsored by the Baker Jay-C-Ettes. In 1972, she was traveled as U.S. Air Force Wife of the Year, Edwards Air Force Base. She volunteered almost 2000 hours to the Family Services program from 1968 to 1972, and served as assistant coordinator, coordinator, and assistant terminal chairman during that time. She was selected as volunteer of the year in 1972, and recognized with a Certificate of Appreciation from the Fifth Air Force. After moving to Talent, she supported her community through her involvement with the Southern Baptist Church and Air Force Sergeant Association.

Jerry’s wonderfully loving mother was extremely proud of him and his accomplishments. She attended every baseball and basketball game possible and was pleased when he did military service in the National Guard. She offered “Grandma” support to Jerry and his wife, Deanne, when they started their business, DJs Video in Ashland, Oregon, in addition to her at working for Jackson County Federal Savings and Loan. She started as a teller in 1976, and at her retirement in June 1990, she was an assistant vice president, serving as manager at the Jacksonville branch. She was active in the Applegate Trail chapter of the American Business Women’s Association and the Rogue Valley chapter of the Association of Professional Mortgage Women. She also loved selling Avon and visiting with her customers.

Mom enjoyed football, especially OU (Oklahoma University) and the Dallas Cowboys, square-dancing, bowling.  She deeply loved her grandchildren, Andi (Adam), Sean (Danielle), and Jeremy and great-grandchildren, Britni, Berlyn, Bree, and Johnny. Because of Alzheimer’s, she did not get to welcome Daiden, David, Kaylee, Meladee, and Steve into our family.

Mom is also survived by three sisters-in-law, one brother-in-law, and numerous nieces and nephews and their families.

Kelly Adult Family Home in Olympia has our deepest appreciation and gratitude for the excellent care they provided to Mom since August of 2013. They spent hours giving her the daily care she needed to remain with us and they became our extended family.

Burial will be in Willamette National Cemetery, Portland, Oregon. No services are planned.

To send flowers to the family of Wanda Thompson, please visit Tribute Store

Share Your Memory of
Wanda
Upload Your Memory View All Memories
Be the first to upload a memory!
Share A Memory
Send Flowers