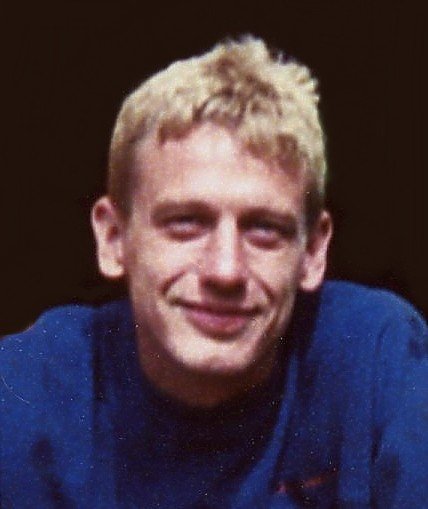 PLEASE SHARE MEMORIES of Julian by clicking on the Condolence box to the left.

NO FLOWERS, please. Instead...be good to each other. Eat more cookies. Make donations to the food bank. Look at the sunset. Or all of the above in Julian's honor.

Julian Charles Smith died unexpectedly of natural causes on July 28, 2019 in Olympia, Wash., shortly after his 50th birthday.  He was born July 10, 1969 to Helene (Kincaid) Smith and Terry Lee Smith in Puyallup, Wash.

He was a maintenance supervisor for Bon Marche stores, later became a journeyman electrician, and did a variety of construction work, being adept at many areas of construction.

Julian was an adoring father to his children; he enjoyed camping and fishing with them.  He liked to work on cars, especially if he could beef them up. With his skill at fixing cars and other machines, he became a hero, rescuing many damsels in distress!  Humor was utmost in Julian’s life; he loved to make people laugh.  He once met J.P. Patches and told him a joke.

Julian’s greatest pastime was cooking for family and friends. He also talked constantly about food, although he ate very little.  He often cooked for therapy and made so much he had to feed the neighbors.  He was generous, sentimental, thoughtful, and was a gifted photographer. Julian lived “full speed ahead” in every aspect of his life.  He packed a lot of life into the 50 years he was given.

To send flowers to the family or plant a tree in memory of Julian Smith, please visit Tribute Store
Tuesday
20
August

Share Your Memory of
Julian
Upload Your Memory View All Memories
Be the first to upload a memory!
Share A Memory
Send Flowers