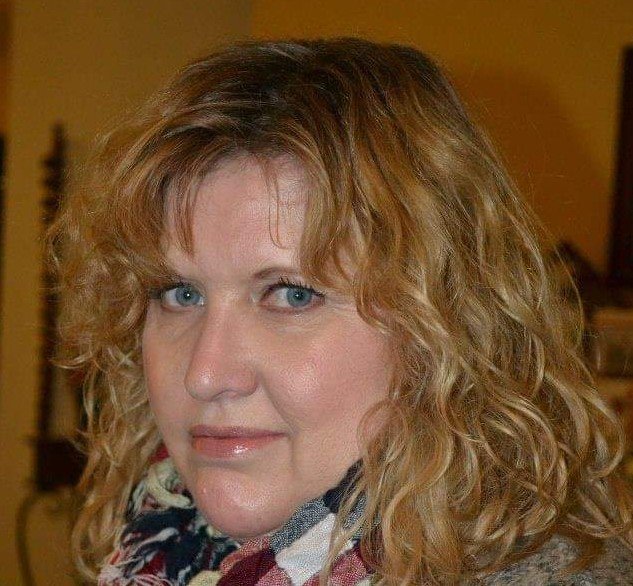 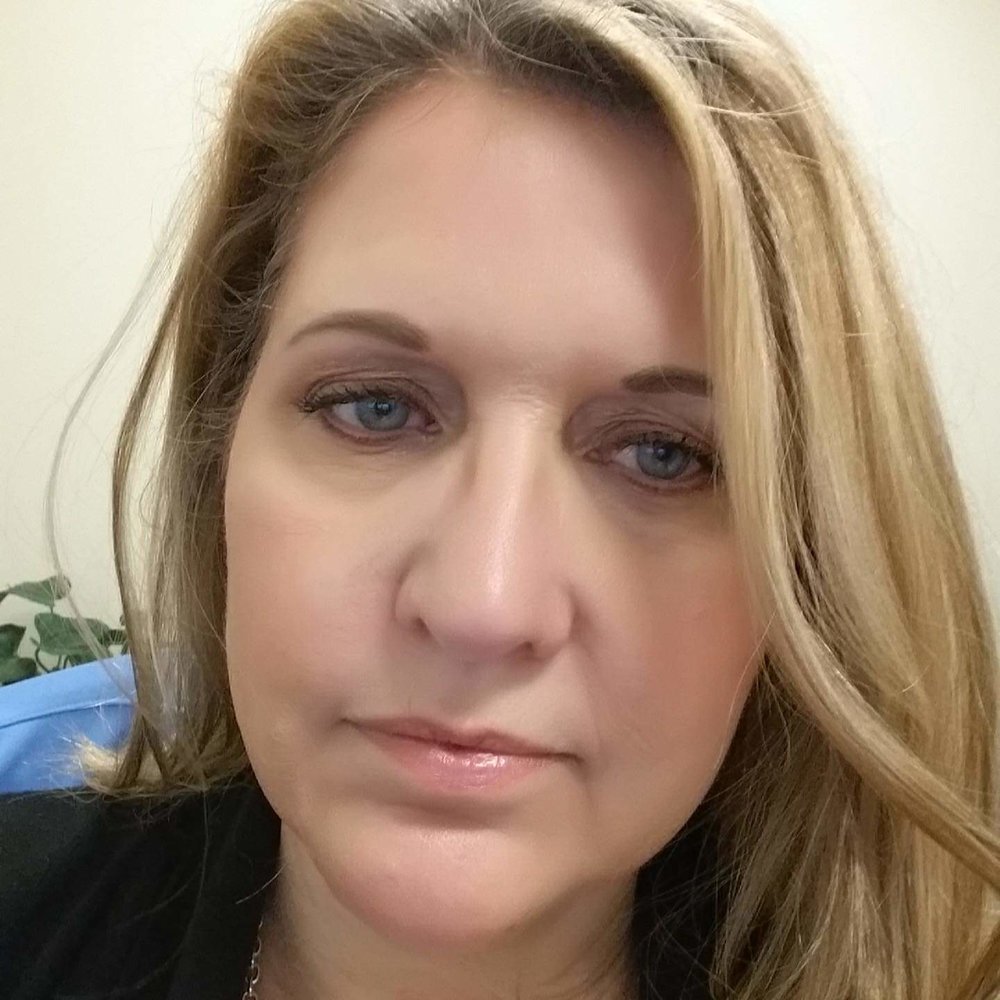 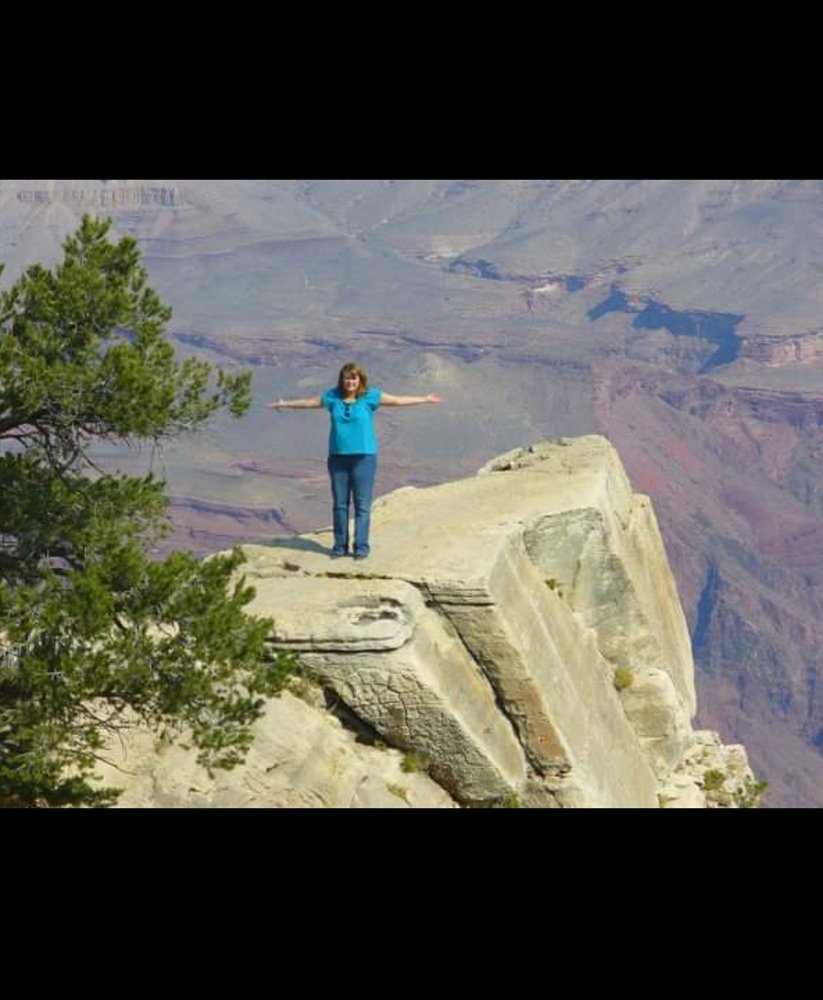 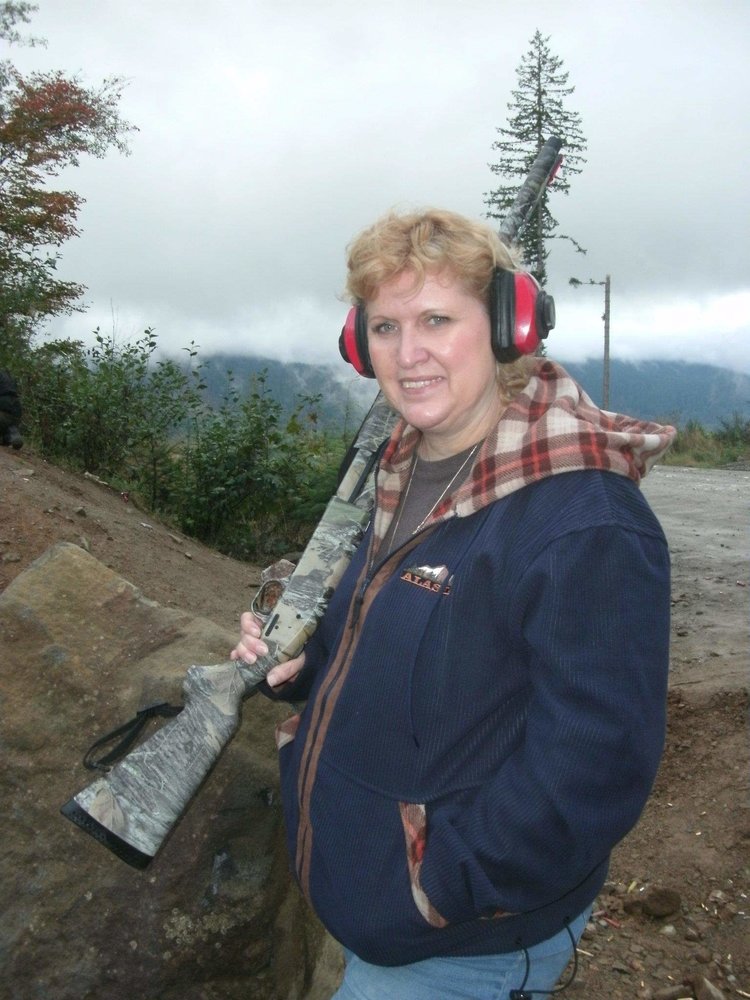 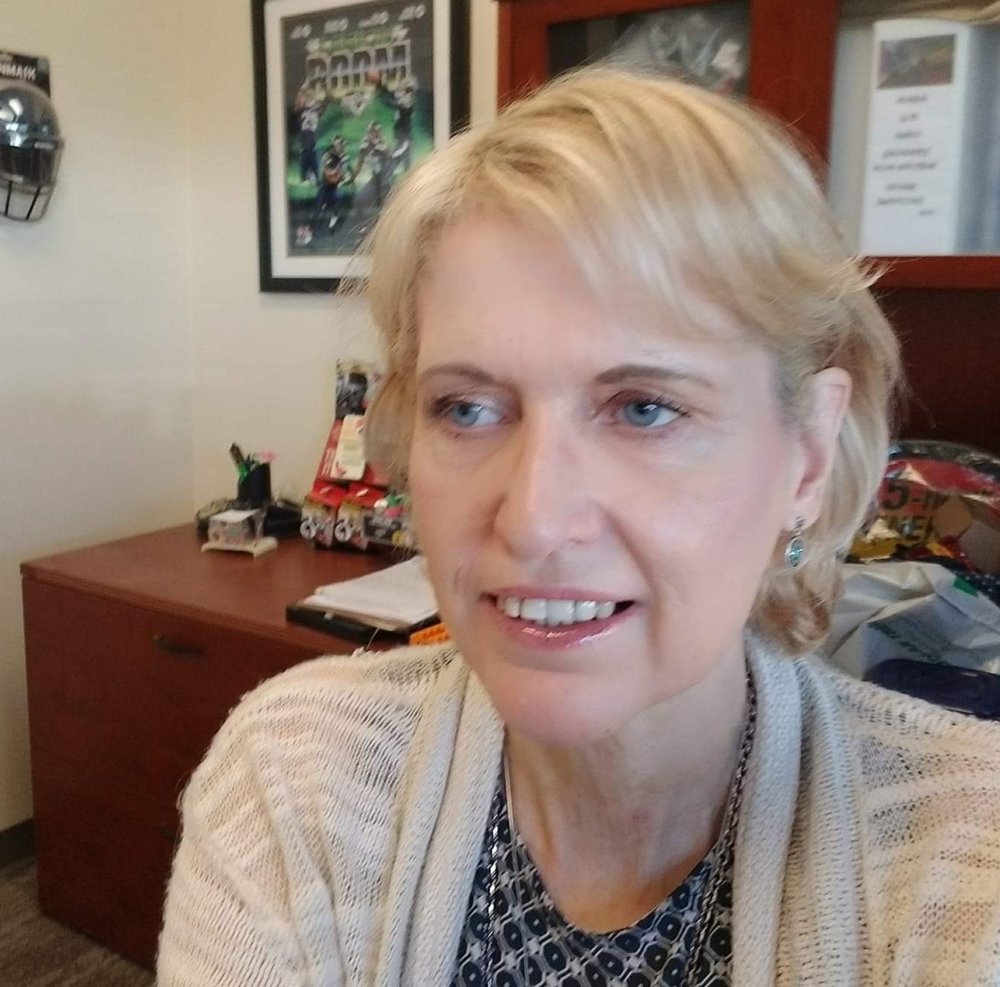 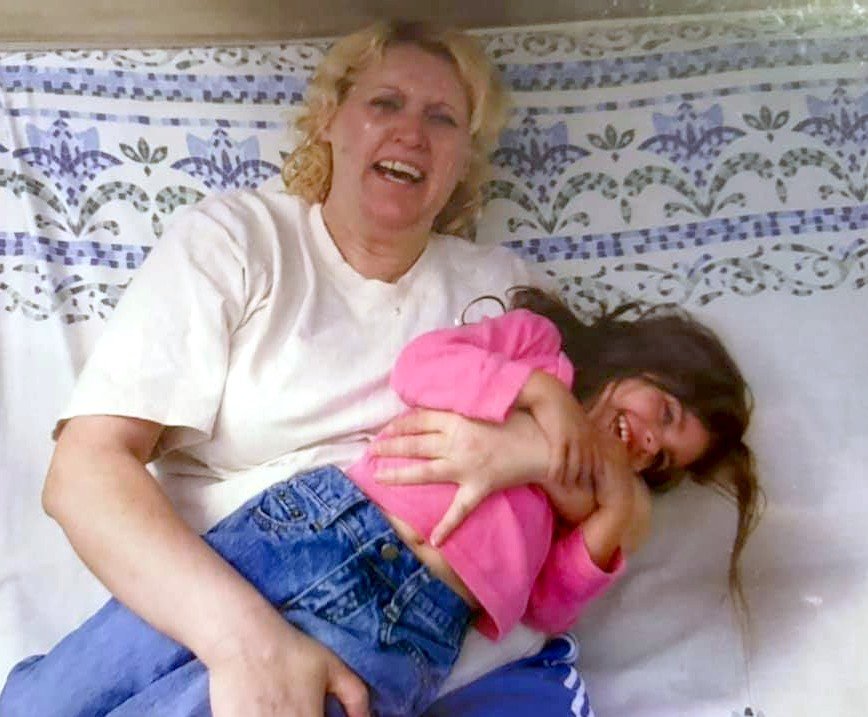 Always In our Hearts

Carla was born Carla Suzanne Grindrod on May 15, 1960 in Burley, Idaho. She was the second daughter of Roy Lee and Sandra Leslie Grindrod. Carla has one sister, Kim, and two brothers, Kevin and Eric Grindrod.

She joined the Naval Reserves in 1990, spending 17 years proudly serving her country, a family tradition. Her sister and both brothers also served in the military, as did two of her sons. She was recalled to active duty during Operation Desert Storm and left the service as a Storekeeper Petty Officer 1st Class.

Carla married Steven Riddle on May 1, 1981. They divorced in 2005, but they remained friends. They raised three boys together, Todd Roy, Brad Jason, and Robert Mace. Those boys were the light of Carla’s life. The activities they did, the vacations they planned, the events they attended, the celebrations they had, were all done with her sweet boys in mind. She instilled a sense of spirit and adventure in them from the day they were born. She was always willing to hunt and stop for a roadside attraction, taking pictures of the boys from the mountains of Yellowstone to the stone houses of Bedrock. She encouraged them to explore their world, never taking it for granted.

Carla’s son, Todd and his wife Melissa gave her a granddaughter, beautiful Hailey Lynn. Carla adored Hailey and loved spending time with her. Carla spent many days with Todd and his family, camping, barbequing at family dinners, visiting the pumpkin patch, crabbing, and harvesting and shucking oysters.

Carla joined a Civil War reenactment group to participate with Brad and Robert. She and Brad loved to go to live plays together with Brad’s partner Erik. Her favorite was A Christmas Story. The three of them went on a Caribbean cruise with her sister Kim.

Carla and Robert took day trips together to local destinations like Port Townsend, and longer road trips, including from Texas to Washington, seeing the sights along the way. Robert and Carla were part of a group of a dozen friends and family that took an Alaskan cruise in 2011.

Carla was also a fabulous friend. She was kind and considerate, always remembering birthdays and other occasions with just the right gift. She loved life and made those around her celebrate every small event, whether it was camping, exploring, cooking dutch oven meals, or traveling by RV, car, or cruise ship. One of her favorite past-times was scrapbooking. Carla helped plan twice-a-year, weekend getaways to Westport with a group of more than a dozen girlfriends, where they would spend the weekend scrapbooking, visiting the winery, Bennett’s Seafood House, and the Blackbeard Pizza Parlor. Her friends Rene’ and Leslie remember those weekends fondly, as well as the once a year, multiple day scrapbook shopping tour throughout Washington and Oregon. Carla was always ready with a quick comeback for every scrapbook question or conundrum. She once made a chili pepper out of a sunshine scrapbooking die to embellish pictures of Mexico.  She could figure out how to do anything.

Carla’s crafting proficiency was not limited to scrapbooking. She was also a sewer, making her own Civil War era dresses for the reenactments and costumes for her and her sons at Halloween. Her mom, Sandra, remembers when, in 1976, the family spent a summer at a campground. To keep the girls busy, their mom had them embroidery quilt blocks of all 50 state flowers. Carla was the only one who really seemed to have an interest in her quilt and kept her blocks. In 2001, her mom found the quilt blocks packed away and finished the quilt, giving it to her for Christmas. Carla was so taken with the sentiment of what her mom had done, she cried. From then on, her boys were on a mission to see who could find the perfect gift that would move their mother to tears.

Carla loved to cook and she was really good at it. She learned a lot from the Food Network, including her sense of kitchen adventure. She was always after the latest recipe and, more importantly, the latest cooking gadget. She spent hours looking for the right recipe for each occasion. Her cooking had humble beginnings, however. When she was 15, she made bread for her family, she added two cups of shortening instead of two tablespoons, making an incredibly heavy loaf of bread. Her dad, however, ate every bite and told her it was delicious. The cooking bug was born. That love of cooking spilled over to the dutch oven. She was a prolific dutch oven chef and it was contagious. Soon her group of camping friends were cooking right alongside her, each making their own dutch oven meals. Friends, Mike and Vicki, sponsored an annual dutch oven competition over the 4th of July weekend. Carla handily won the very first one, and didn’t stop there. She went on to sponsor her own dutch oven competition for the younger kids at the annual beach camping trip.

Carla enjoyed her work as a category manager at Harbor Wholesale, as well as the great people she worked with. Her friend, Jaime, remembers her as a great boss and co-worker. She describes Carla as someone with a great sense of humor and a bit of sass and vinegar. That sums her up perfectly. Carla was grateful for the Ericksons and the employees at Harbor for the kind, compassionate care they showed to her as she battled cancer for the last several years.

Carla and her sister, Kim, were especially close. They lived together for the last 15 years, and shared their journey through life. They often attended parties, went camping, had barbeques, and traveled each year with a close group of friends - Mike and Vicki, Eric and Leslie, Chuck and Rene', and Patty and Doug. They celebrated birthdays, St. Patrick's Day, Mardi Gras, and other occasions with the same group of friends, expanded to include Kevin and Mary, Shirley, Trudy, Steve and Dee, Ken and Amanda, Brian and Hilary, Doug and Diana, Kay and Mark, KC and Dave, and Doug and Trish.

Carla loved celebrating with her family. In her earlier years, she was often the party planner for family wedding and baby showers, birthdays, Thanksgivings and Christmases. There, she would enjoy the company of Todd, Melissa and Hailey, Brad and Erik, and Robert, as well as her mom Sandra, sister Kim, brother Kevin and his wife Mary, her brother Eric and his wife Desirae. Of course, celebrations also included several nieces and nephews, great nieces and great nephews. Entertaining gave her great joy. Carla was all about making sure everyone had a good time.

In closing, her family would like to say:  “Carla, your life was a blessing, and a treasure. You are loved beyond words and missed beyond measure.”

There will be a graveside service on Monday, May 20, 11:30 a.m. at Tahoma National Cemetery.  A reception is being planned to follow the service.

To send flowers to the family or plant a tree in memory of Carla Suzanne Riddle, please visit Tribute Store
Monday
20
May

Share Your Memory of
Carla Suzanne
Upload Your Memory View All Memories
Be the first to upload a memory!
Share A Memory
Send Flowers