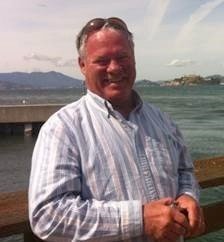 James Robert Murgatroyd passed away peacefully on January 5, 2019, at his home in Olympia, Washington.

Jim celebrated his 68th birthday last year.  He was born in San Francisco, California.  He happily grew up with his brother, Kenneth Murgatroyd; sister, Jeanne Greer; and brother, Larry Murgatroyd. They all settled down in the greater Bay Area where Jim met and married the final love of his life, Donna.  He had three children from a prior marriage to Leslie Murgatroyd.

Jim served our country in the U.S. Marine Corps and had a 38-year career as a Lineman and a Troubleman at Pacific Gas and Electric.  He amassed a large community of friends there.  He enjoyed motorcycles, road trips, discovering historic facts and places, and his special pets, Bella and Goldie. He had a very kind heart and a wicked sense of humor at all times.

He is survived by his beloved wife, Donna Murgatroyd; son, Brandon Nutt; daughter, Robyn Murgatroyd; son, Bryan Murgatroyd; stepsons, Christopher Myers and Justice Brady; along with seven beautiful grandchildren and many more dear extended family members. He was preceded in death by his father, Kenneth Murgatroyd, his mother, Jeanne O'Connor, and his infant sister, Patty Murgatroyd.

To send flowers to the family or plant a tree in memory of James Murgatroyd, please visit Tribute Store
Friday
25
January