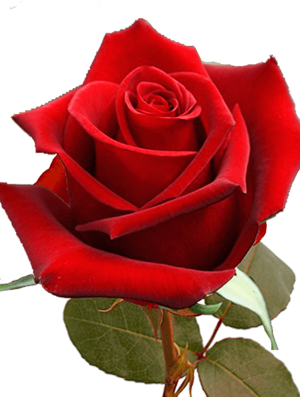 On December 28, 2022, loving mother, grandmother and auntie, Goldia M. Dotson of Olympia, Washington, passed away peacefully at home surrounded by family at the age of 93 years. She was born to Gant and Lillian Thompson on March 26, 1929, and raised by her aunt and uncle, Minnie and Angelo Chipoff of Columbus, Ohio.

Goldia was preceded in death by her husband; her two sons, Al Dotson and Larry Dotson; and the partner of her oldest son, Jim Bennett. She was survived by her first-born son, David Adkins; daughter-in-law, Toni Dotson; grandchildren, Dara, Troy, Gina; and her great-grandson, Jackson. Her surviving family members reside in both Olympia and Columbus, Ohio.

Goldia’s love for cooking began during childhood at a little restaurant owned by her aunt and uncle in Columbus. She had the pleasure of living in several different states in her early 20s and married her beloved husband Troy Dotson in Grady, Virginia, on January 26, 1952. The two traveled to Oregon with their two young children and welcomed their third son, Al, in 1953. A devastating event happened while living in Oregon and their baby Al passed away before his first birthday. After this tragedy, the family moved back to Ohio and Michigan before once again migrating back to the West Coast with several other Dotson family members. Upon moving back to the West Coast, Goldia and Troy settled in East Lewis County, making this the family's new home.

Goldia worked for many years as a chef in East Lewis County, including Mt. Adams, Cody Cafe, and Lovins. She would be up early and at work by 4:00 a.m. every morning, prepping the kitchen to serve her loyal customers. In recent years before her passing, she would often reminisce and share stories with her friends and family of these times.

Goldia’s husband, Troy, passed away in 1987, and a couple years later, she moved closer to her son, Larry, and grandchildren in Olympia. She worked as a chef for the Shipwreck Cafe on Martin Way for nearly a decade. When she wasn’t cooking at the restaurant, she was caring for her beloved grandkids and driving them around in her little blue Subaru.

Following her retirement in 1999, Goldia moved to a cozy little apartment at SHAG in Downtown Olympia and lived there for 20 years. She recalled these years as the happiest times of her life. She loved going to Bingo, coordinating events, and cooking for everyone in "The Cove." She would go on the purple Discovery Tours bus and take trips to the casino with her closest friends. She would frequent the Olympia Farmers Market as often as she could, grabbing a self-serve cup of black coffee from the Heyday Cafe as soon as she arrived.

When her son, Larry, passed away suddenly in 2021, she moved from her apartment and stayed with Larry’s surviving family in Lacey, Washington. where they could ensure she was taken care of. Here Goldia was surrounded by her family, including daughter-in-law, Toni; grandchildren, Dara and Troy Dotson, Gina Ortega; great-grandson, Jackson; and lastly, her furry grandchildren, the puppy dogs that she loved and enjoyed sneaking snacks to.

To send flowers to the family or plant a tree in memory of Goldia Dotson, please visit Tribute Store

Share Your Memory of
Goldia
Upload Your Memory View All Memories
Be the first to upload a memory!
Share A Memory
Send Flowers