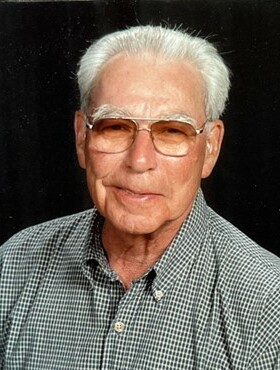 Denis left us for the glory of Heaven and our Savior on December 10, 2022.  His children were with him and were able to support and comfort their father on his journey to our Lord. Denis is survived by his four children, Dennis James Vanderpool of Vancouver, Mark Steven Vanderpool (Tamara) of Oceanside, Oregon, Lori Ann Prall (Joel Schroeder) of Ocean Shores, Washington, and Teresa Lynn Vanderpool (Mary Reifel) of Belfair, Washington; grandchildren, Aubrea Lutz, Nicole Johnson, Jeffrey Prall, Jessica Miller, Danielle Braund, Lauren Petit, Alecxander Vanderpool, and John Paul (Jack) Vanderpool. Denis was also blessed with 13 great-grandchildren.

Denis was born on April 27, 1934, to Violet Irene (Jovin) and Minor Denis Vanderpool in Polson, Montana. He was the youngest of four children with three sisters, Dorothy Bourquin, Maxine Roberts and Joan Williams, all who have passed. Denis was also preceded in death by his father while still a young boy. Violet, his mother, died in 1988. His wives Patricia Joann (Smith) died in 2006 and Shirley Louise (Lajcin) in 2014.

Denis’ family moved to Missoula, Montana, for a time and ultimately settled in the Pritchard Beach area of Seattle. Denis attended O’Dea High School, graduating in 1952. After some time working with the Christian Brothers in New York City, Denis joined the United States Army in 1953. He was honorably discharged in 1956 and from the Army Reserves in 1961. While at O’Dea High School, Denis (“Van” as he became known) met his lifelong friends, the brothers Dave and Morry Smith. Through Dave and Morry, Denis met their sister Patricia “Pat,” whom he fell in love with and married on January 28, 1956, at St. Paul Catholic Church in Seattle. Denis and Pat shared 50+ years together, raising their family in Seattle as parishioners of St. Paul’s. Just prior to retiring, Denis and Pat moved to Federal Way and were parishioners of St. Vincent de Paul. Denis enjoyed cooking, following Seattle sports teams (U.W. Huskies, Seahawks and Mariners), playing cards, golfing, gardening and wood working.

Denis started working at Western Electric in 1952 prior to his joining the Army. He worked at Western Electric as a telecommunications switch installer, moved into supervision in 1969 and held various management positions. Upon divestiture of AT&T, Denis had stints at Pacific Northwest Bell, AT&T and U.S. West. He retired in 1993, after 42 years of dedicated service.

Denis remarried in 2008 to Shirley Lajcin and they moved to Lacey, Washington. In his final years, Denis volunteered at the Lacey Senior Center, making coffee and sandwiches. Denis often laughed that he was the oldest person at the center, but the most active in his work there.

Denis was a lifelong Catholic and a man of deep faith and very much a fan of the Saturday Vigil Mass. This allowed for a Sunday weekly breakfast and some light gambling at the local casino with his Mass obligation fulfilled.  Denis was a man of integrity, who always put the needs of his family ahead of his own.

Donations may be made to the Lacey Senior Center in lieu of flowers.

To send flowers to the family or plant a tree in memory of Denis Vanderpool, please visit Tribute Store

Share Your Memory of
Denis
Upload Your Memory View All Memories
Be the first to upload a memory!
Share A Memory
Send Flowers