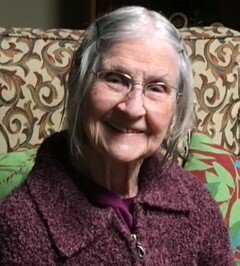 Virginia Louise (Wilkes) Berney, the eldest child of Gordon and Catherine (Fancher) Wilkes, was born July 1, 1929, in Portland, Oregon. When she was very young, the family moved to the Spokane, Washington area, where she graduated from West Valley High School in 1947. She attended Whitman College for the first two and a half years of her college career and then transferred to Washington State College, where she graduated in 1951 with a Bachelor of Sociology degree.

She met William “Bill” Berney when attending Whitman College and they maintained their relationship while he was attending seminary at Garrett Biblical Institute in Evanston, Illinois. They married in June 1951, in the Spokane Valley, after completing their respective programs.

The newlyweds spent the summer in Independence, Iowa, where Bill did chaplaincy training in the Iowa Mental Health Hospital, and Virginia worked as a social worker. They then went on to New Haven, Connecticut, where Bill pursued graduate work at Yale Divinity School, completing a Master’s degree in Sacred Theology in the spring of 1952. Returning to the Northwest, the couple began a partnership in ministry in Moses Lake, Washington, when Bill was appointed to establish a new Methodist Church. The region was booming due to the Columbia Basin Project that brought irrigation water into the area. Over the five years spent in Moses Lake, the new church grew to 200 members. Daughters Gail and Ann were born during that time.

In 1957, Virginia and Bill moved to Grangeville, Idaho, where they served the Methodist Churches there and in White Bird. Daughters Joyce and Celia were born during that period. After four years, Virginia and the four daughters moved with Bill to Tacoma, Washington, when he was appointed to Bethany Methodist Church. While there, the Berneys added a baby son, John, to their family.

Three years later, in 1964, Bill was appointed to serve the Methodist Church in Pullman, Washington. Virginia relished the stimulation of a university town and appreciated contact with inquisitive university students as well as discussions of the social challenges of the times. In addition to her church involvements, she was very involved with Washington State University’s International student program, hosting a number of foreign students for meals and holidays. She also provided hospitality for Job Corps men and women. Ten and a half years later, in 1974, Bill was assigned to the United Methodist Church in Renton, Washington, where both Bill and Virginia thrived. Virginia worked part-time in office administration through the years, but it was volunteer work that she found most fulfilling. Among their many involvements was helping to initiate an area feeding program and introducing the Crop Walk (for hunger relief) to the Renton area. After ten and a half years in Renton, and a short stint at the Wenatchee, Washington, United Methodist Church, Virginia and Bill moved on to Garden Street United Methodist in Bellingham, Washington, where Bill completed his 40 years of full-time ministry. There, both he and Virginia found many opportunities for meaningful community involvement, including offering support to Central American refugees on their way to Canada. Through the couple’s many moves over the years, Virginia embraced the opportunity to become a part of each new community and generously shared her talents and time.

At Bill’s retirement in 1992, Virginia and Bill moved to Bill’s childhood home in Walla Walla, Washington. They became active at both Pioneer United Methodist Church and the United Church of Christ church that was a block away, and participated in a wide assortment of activities. An avid reader of all kinds of books, Virginia enjoyed regular gatherings with her book group. Other ventures included her PEO meetings, weekly bicycling excursions with friends, and gardening. Virginia and Bill together were volunteers at the State Penitentiary, where they worked with inmates to prepare them for the transition from prison.

Virginia and Bill were enthusiastic travelers. When their children were young, they camped in many state and national parks. Later they did a lot of international travel, some church-related, to India, Africa, Central and South America, Europe, the Middle East, Japan, and China. Spending time with Bishop Tutu in South Africa just after he received the Nobel Peace Prize was one of their most memorable experiences.

In 2007, Bill had a stroke caused by an infected heart valve. This sadly deprived him of his remarkable gift of language, so Virginia had new roles to take on. She made the decision in 2010 to move closer to family, leading Virginia and Bill to move to Panorama in Lacey, Washington. There she served as a representative of her apartment building in the Panorama organization, participated in book discussion groups, and in spite of her husband’s physical limitations, Virginia signed them up for what turned out to be a wonderful trip to Costa Rica. She later moved to Bonaventure in Lacey for memory care.

Virginia will be remembered for her smile, warmth and hospitality and her genuine interest in others. She sincerely lived out her faith, working for peace and justice, and reaching out to those in need of food, sanctuary, and friendship. She applied her artistic talent and sewing skills to the creation of dozens of liturgical banners, clothes for her large family, upholstery projects, curtains, and quilts. She authored various articles, scripts for presentations and poems of all types, as well as writing several beautiful hymns. She was a pianist and accordionist, and many church congregants and members of her family will remember her playing for church services and sing-a-longs. The collection she had of Noah’s Ark-inspired art objects, ornaments, toys, and cartoons, was extensive and one that friends and family will always remember with a smile. In this Christmas season, many will miss the homemade Christmas cards and letters she and her husband lovingly designed and created each year. Indeed, her talents were many and she shared them generously.

A celebration of life will be held on February 4, 2023, 2:00 p.m. at the First United Methodist Church of Olympia.

To send flowers to the family or plant a tree in memory of Virginia Berney, please visit Tribute Store

Share Your Memory of
Virginia
Upload Your Memory View All Memories
Be the first to upload a memory!
Share A Memory
Send Flowers