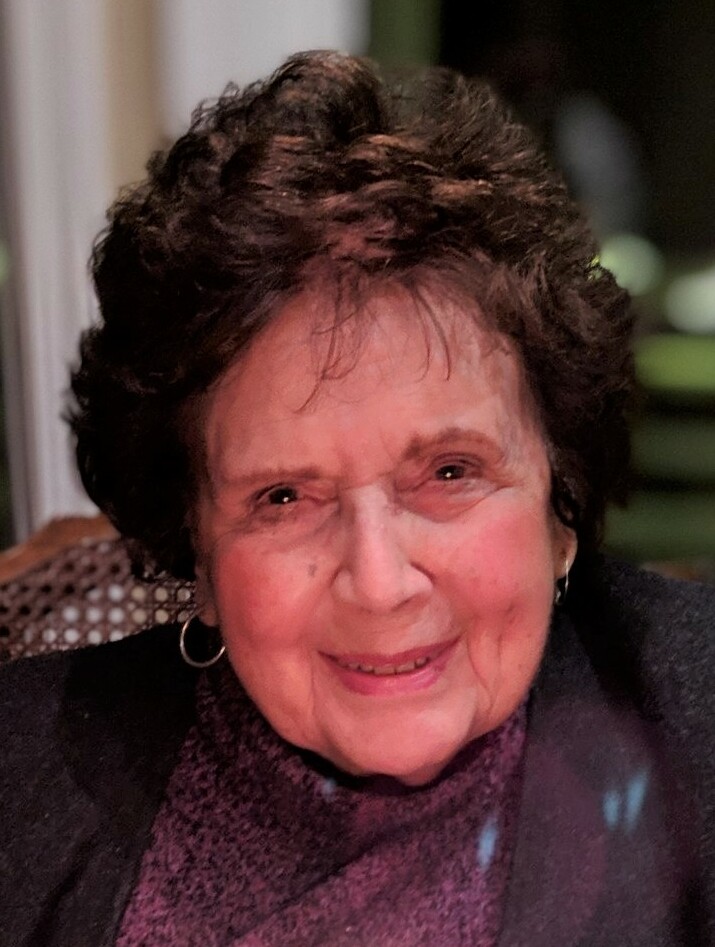 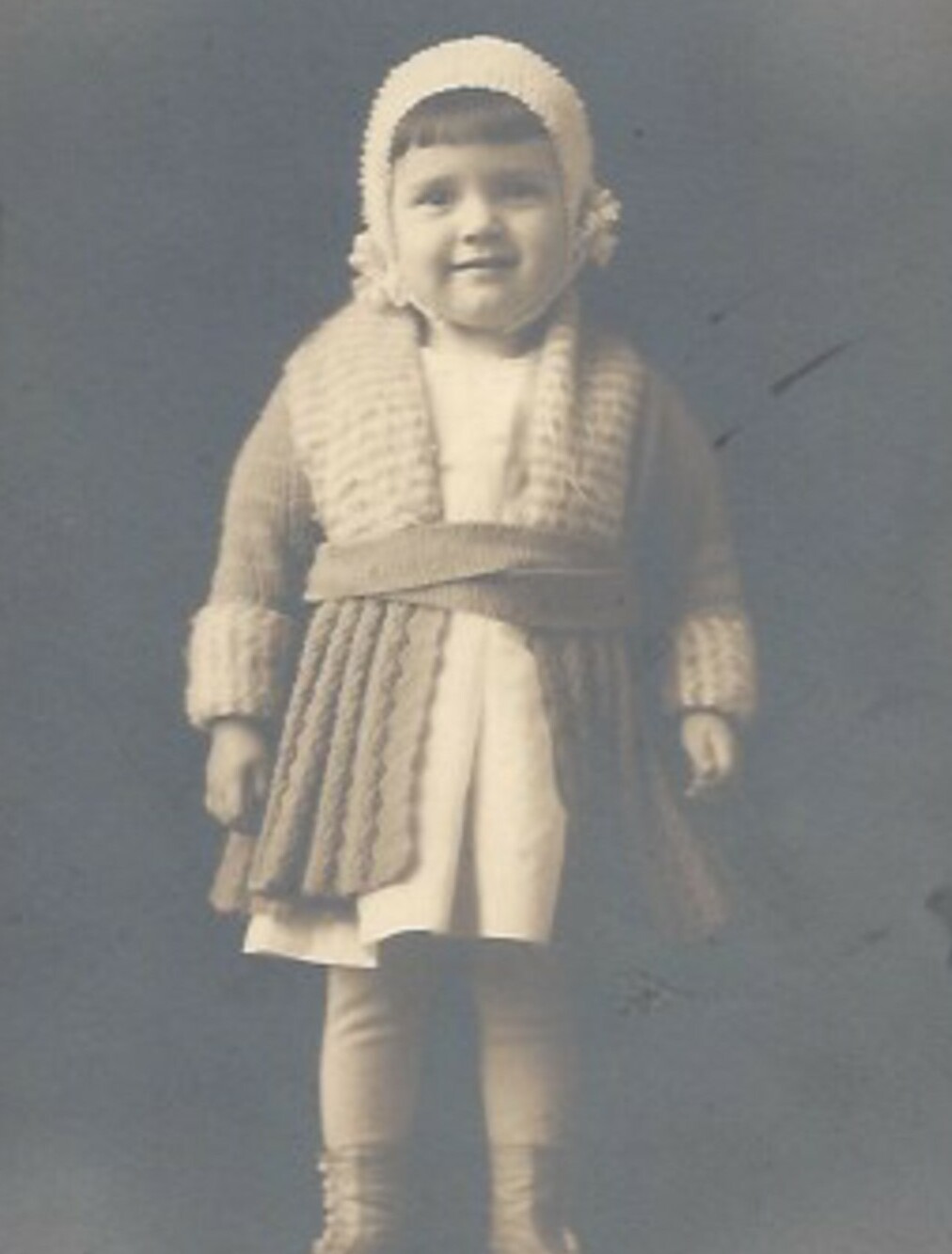 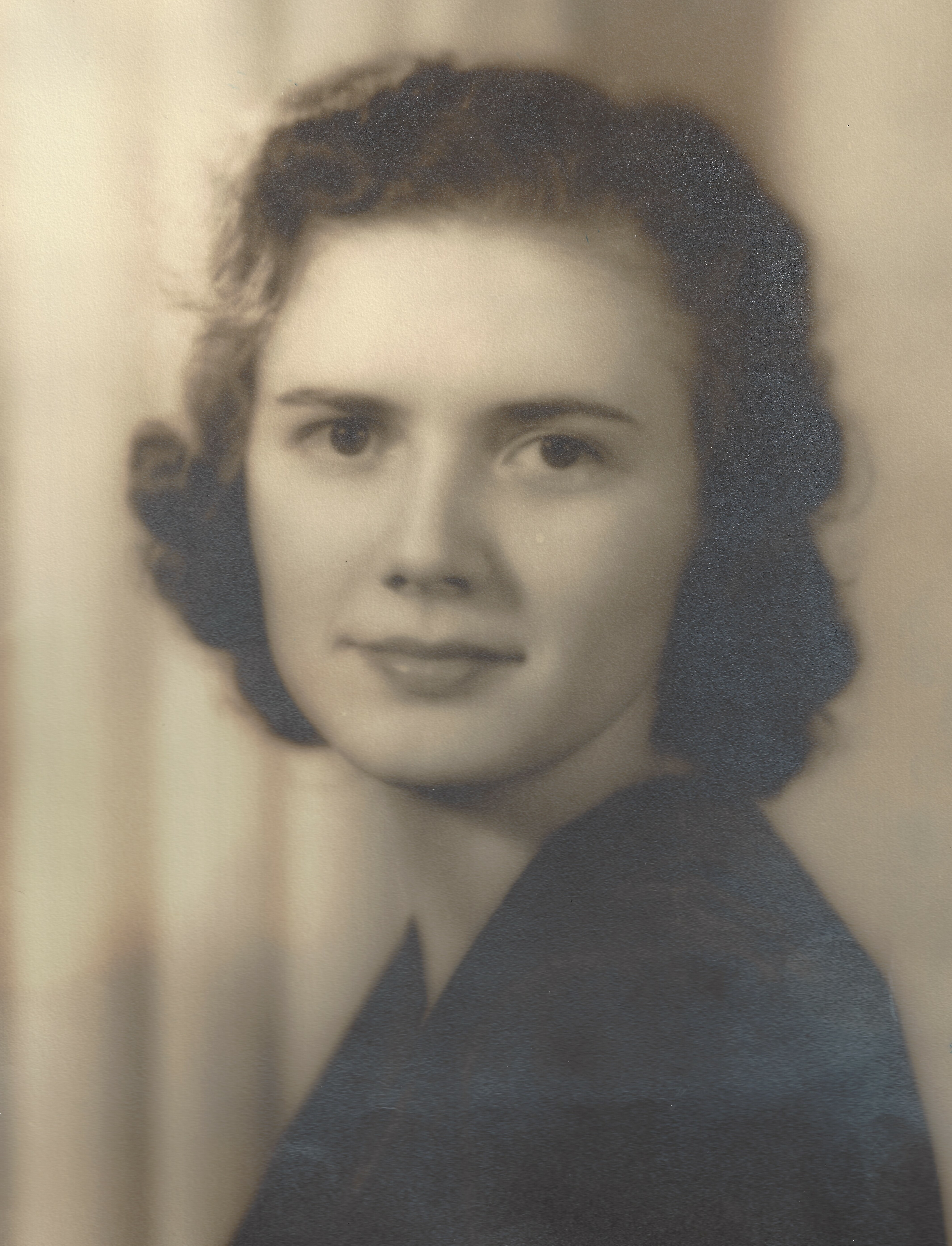 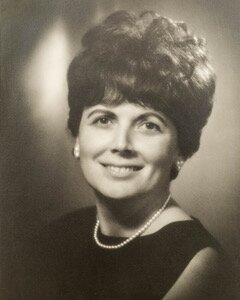 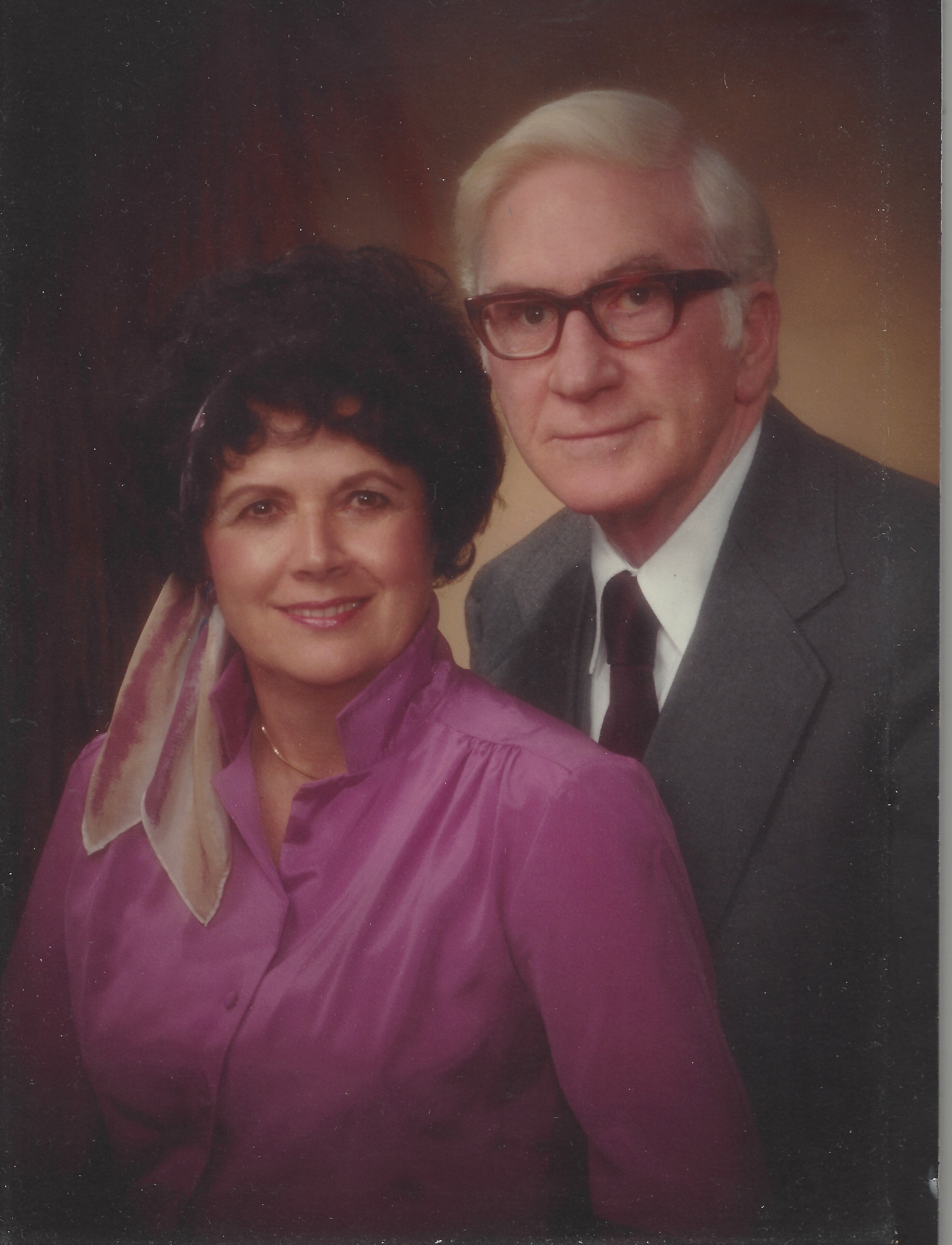 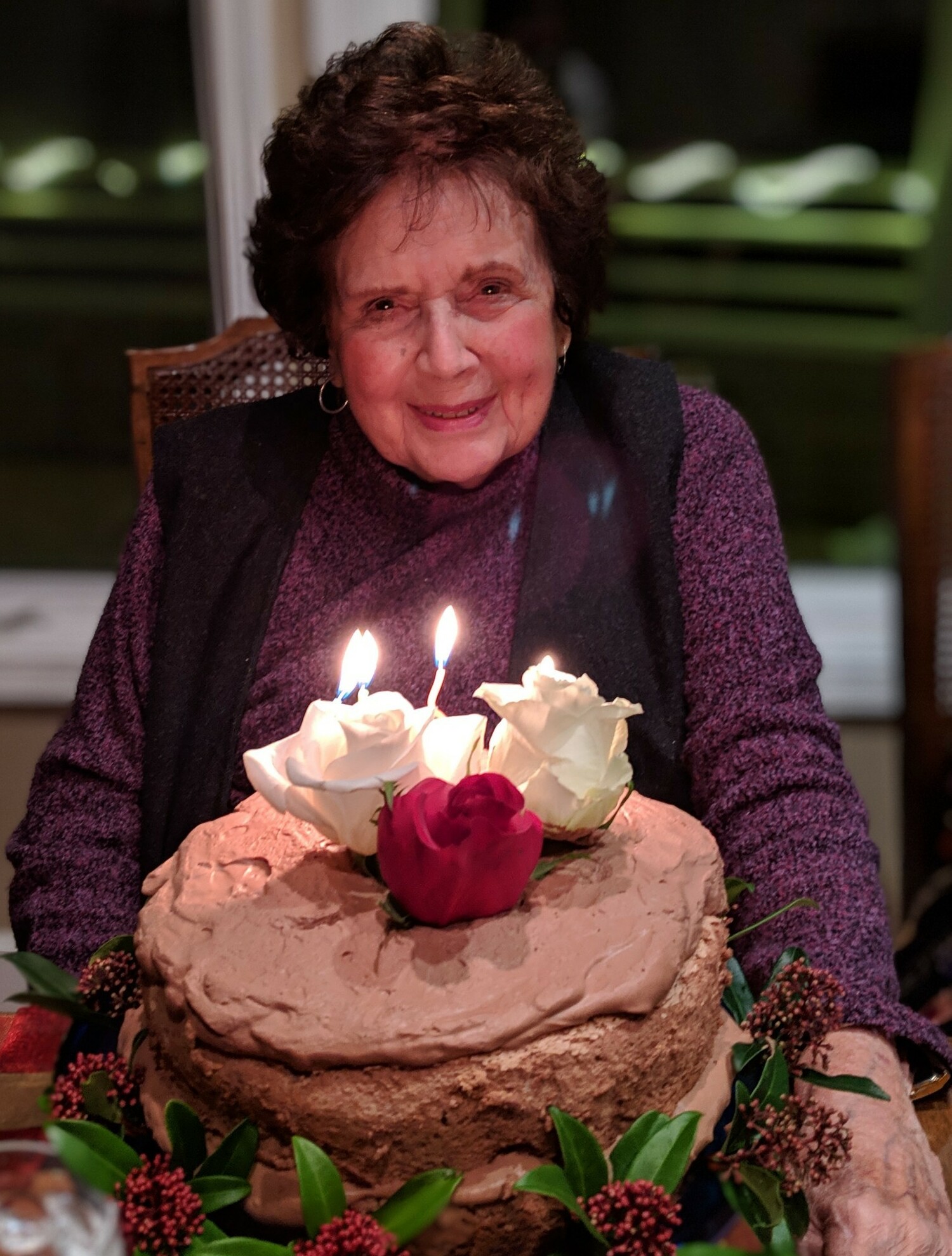 Exactly one month before her 102nd birthday, Margaret “Maggie” Wolstenholme peacefully passed away on December 5, 2022, in Olympia, Washington. Born January 5, 1921, in Tacoma, Washington, Margaret was adopted by loving parents, William “Bill” and Ida Jenkins.  Maggie grew up in Bellingham.

Maggie was very social and had many good friends.  She met her future husband, Carl Wolstenholme, at Bellingham High School.  He was the football star and she was the Homecoming Queen. Maggie attended Western Normal School (now Western Washington University) for one year before transferring to the University of Washington, where Carl was studying.  While at UW she was a member of the Gamma Beta Phi sorority and was elected the Sweetheart of the Delta Kappa Epsilon fraternity, where Carl was a member.

During WWII, Maggie moved back to Bellingham, where she worked in a record store.  Carl was stationed in California and Fort Lewis during the war.  They were married on August 3, 1944.  Shortly afterward, they moved to Seattle while Carl finished his BA at the UW.  They were still in Seattle when their first daughter, Cindy, was born.

In 1951, they moved to Olympia where a year later their second daughter, Joan, was born.  They had many friends with whom they enjoyed pot-luck dinners, bridge games and dancing.  They were beautiful dancers together.

Over the years, Maggie was involved with the Gamma Phi; Orthopedic Guild; March of Dimes; and one year headed up the Thurston County United Way drive.  For two years, Maggie served as the Republican State Committeewoman.  She also started up, and served as the first president, the 49ers, a women’s golfing group at the Olympia Golf and Country Club. Maggie also traveled to Cornwall, England, which was her father’s birthplace.  After Carl’s retirement, they began an annual trip to Maui for the month of February, where they established wonderful friendships that continued for almost 20 years.

For about two decades, Maggie worked for the State Legislature during session.  Most of the time, she was the House Page Supervisor.  Other years she worked the Hot Line and as a tour guide.

While in her 50s, Maggie found her extensive biological family and came to know seven of her siblings. After being widowed in the early 2000s, one of her brothers started spending more and more time with her until he eventually was living with her.  It proved to be very good companionship for both of them.

As dementia increased during her 90s, Maggie eventually had to move into memory care the last four years of her life.  The family thanks the owners and staff at 1st Hope Seniors Adult Family Home for their tender care of Mother during this last year of her life.  We also value the loving devotion of Sonja Moniodis and her family, which meant so much to Maggie.  We thank her nephew, Robert Wolstenholme, for his frequent visits.

Maggie was a loving and devoted wife and mother and is survived by her daughters, Cindy Hough and Joan (Stephen) Brown; grandchildren, Jenny Hough Sampson (Will) and Jeffery (Sarah) Brown; and her great-granddaughter, Madison Brown.

A private graveside service will be held later this month.

In lieu of flowers, please donate to a charity of your choice.

To send flowers to the family or plant a tree in memory of Margaret Wolstenholme, please visit Tribute Store

Share Your Memory of
Margaret
Upload Your Memory View All Memories
Be the first to upload a memory!
Share A Memory
Send Flowers