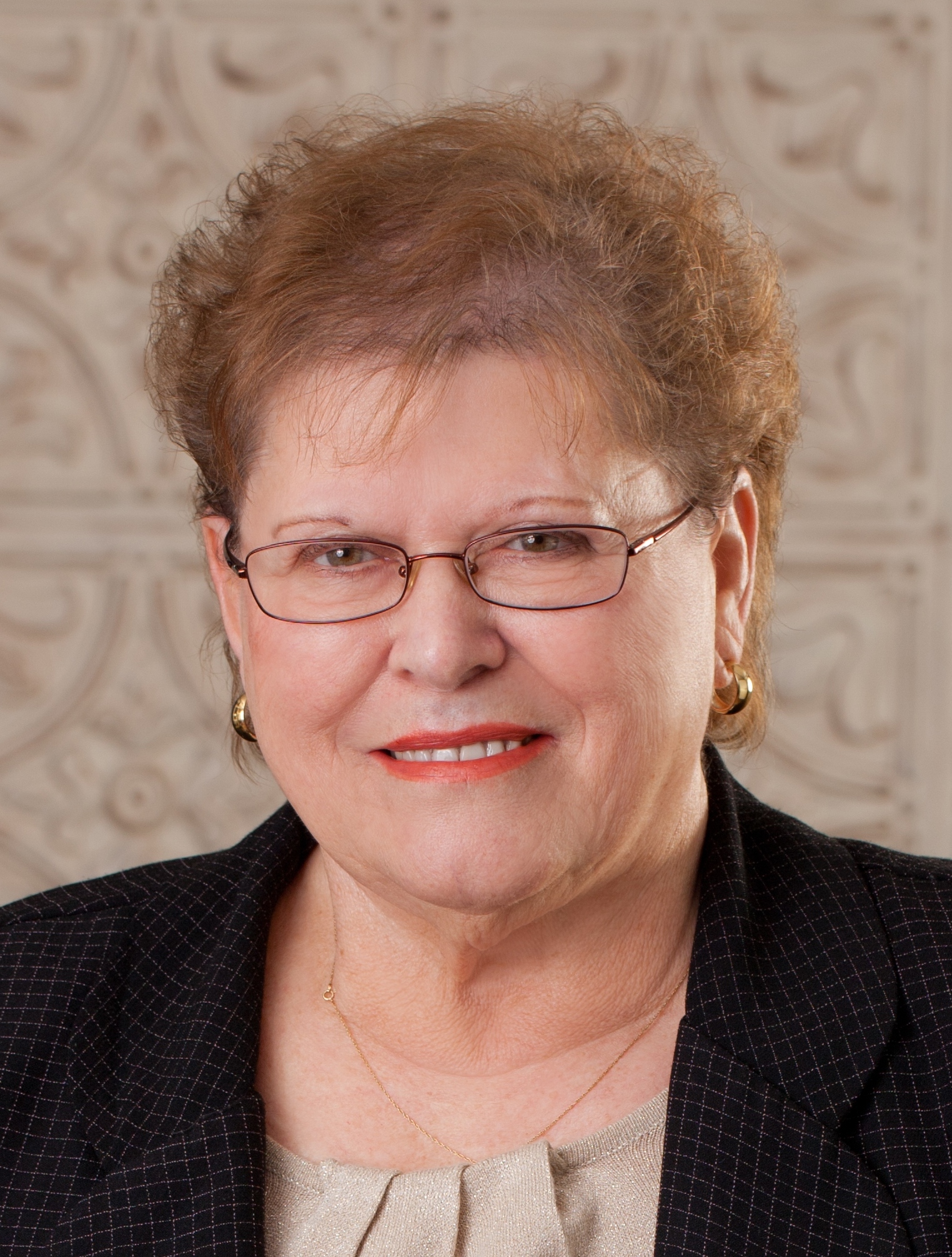 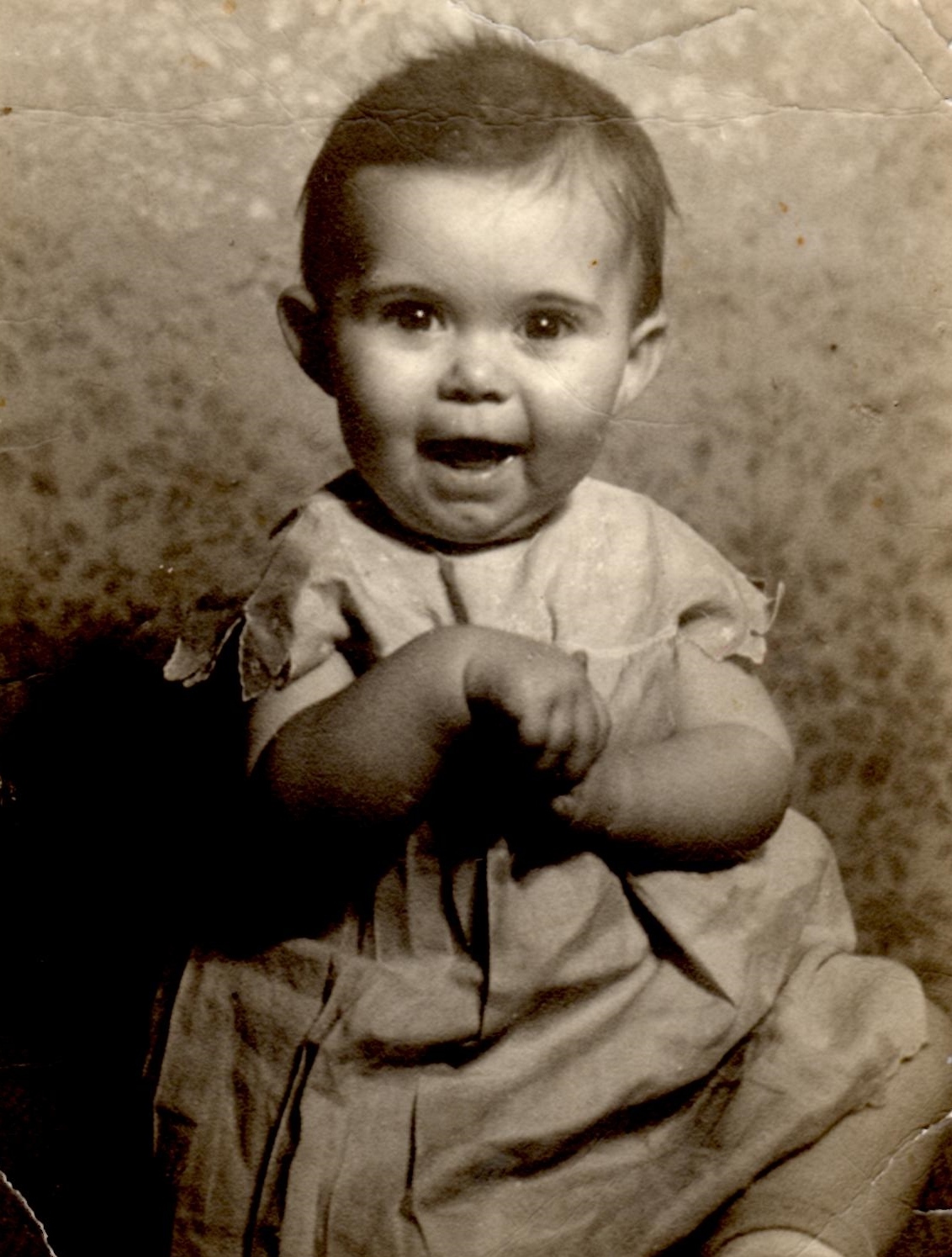 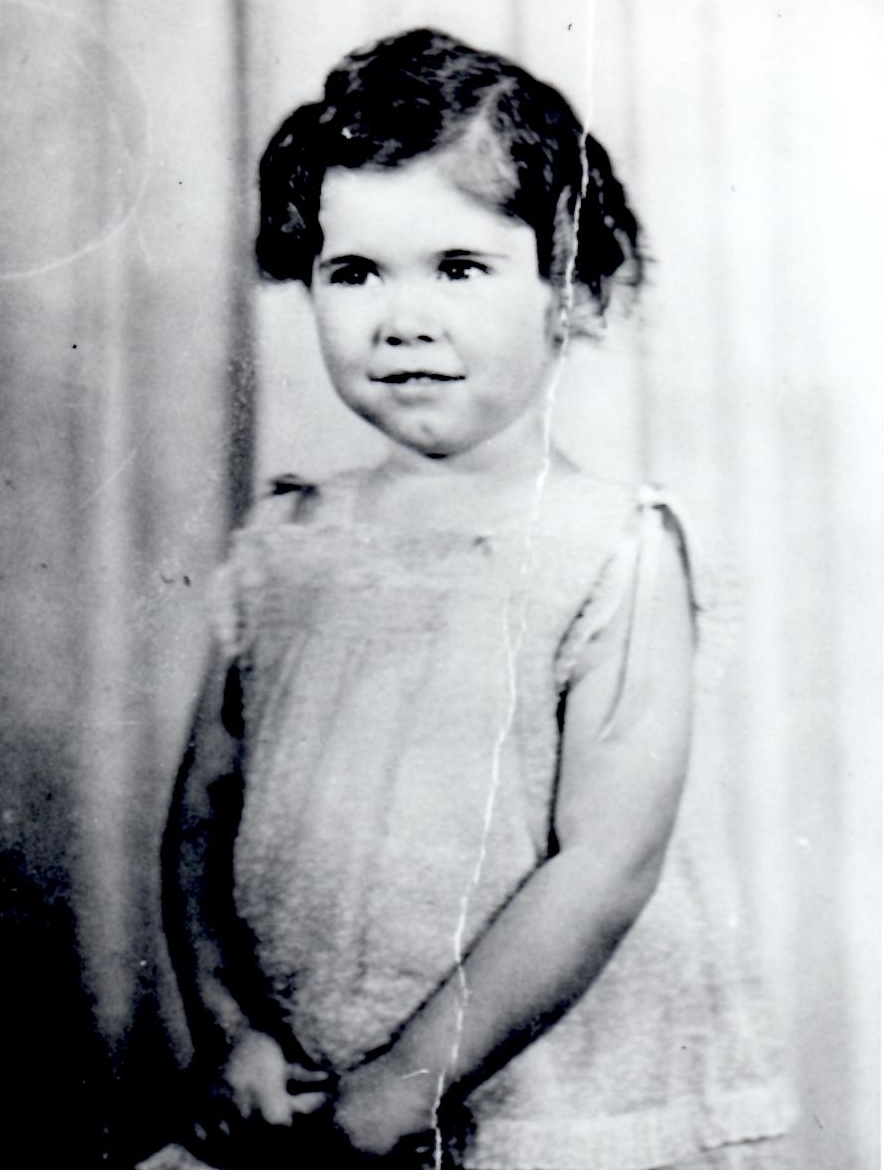 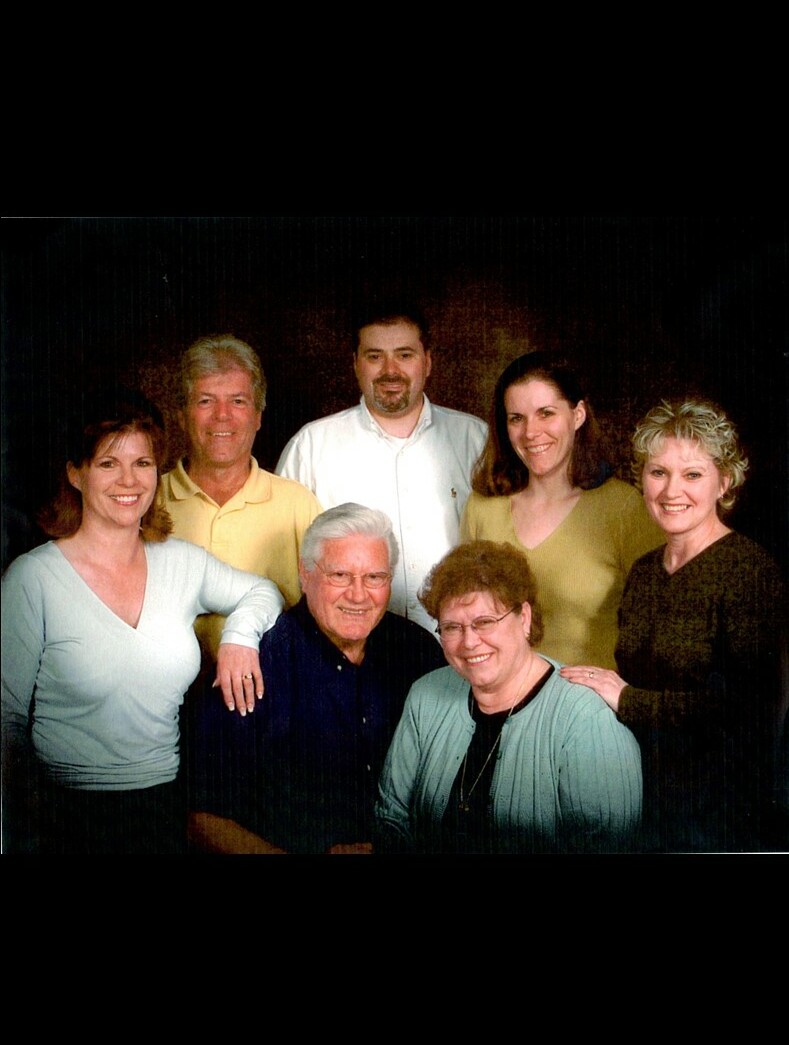 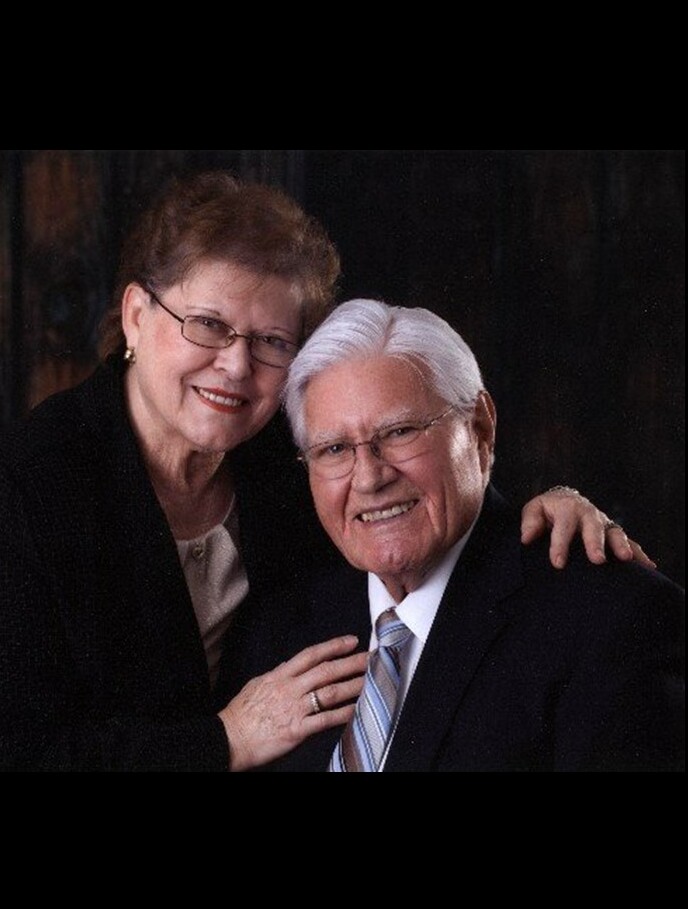 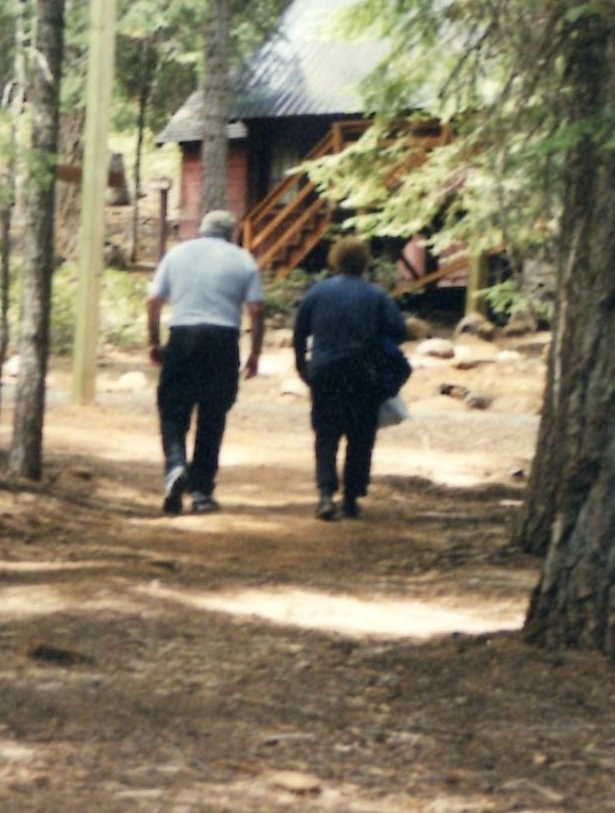 Audrey was born March 30, 1934, in Los Angeles, California, to William and Pearl Ferris (both deceased). She was the oldest of five children. She is survived by sisters, Katherine Ferris Marshall (Riverton, Utah) and Sharon Ferris Robison (Ogden, Utah), as well as brothers, Clair Ferris (Olympia, Washington) and Paul Ferris (Medford, Oregon).

Audrey spent most of her childhood in Southern California. She loved working alongside her father while he went about his daily work duties. He was a jack-of-all-trades with a fierce entrepreneurial spirit. Because of this, Audrey learned many life skills from him, especially cooking and cleaning. Many of Audrey’s best dishes came from Grandpa Ferris’s recipe box. Additionally, her children were to NEVER wash dishes in a dirty sink…also per Grandpa Ferris and his restaurant days. Grandpa Ferris also owned a pest control business. Audrey recalled some of her most favorite memories from sitting alongside and talking with her father in the Jeep as he sprayed the fruit trees.

As a young woman, Audrey LOVED to roller skate! She was part of a dancing roller skating team that would perform with beautiful costumes and spectacular lighting.  The costumes were made of netting with sequins sown in, attached to, and draped over a three-foot dowl held in each hand. As they skated around the room, the dowls moved up and down and with the spotlights shining on them, they looked like butterflies with large wings. It was a beautiful sight to see!

Audrey also loved to sing. Throughout her life, she would find herself engaged with numerous choral groups, large and small. She had a strong, yet velvety alto voice that easily found harmony. Her children have vivid memories of the anchoring affect her voice had on a group of singers. Those singing with her sought out her voice for the correct key and pitch, then her smooth harmony would lift the music to a heavenly place.

She loved to teach. She would spend countless hours preparing her lessons for the children of her church and her fellow church sisters. She seasoned her teaching with personal stories that resonated deeply with others. As Relief Society President for one of the Hillsboro congregations, she would also take her teaching spirit with her when visiting those in need. She had a knack for listening, then gently guiding while serving. She said that she learned more from those she served than what she felt that she ever taught them.

Audrey’s true passion was gardening and landscaping. Her yards were magazine worthy. Brightly colored blossoms adorned neat and tidy pathways and beds. Not a weed in sight. Dark green grass was kept well-trimmed. Trees were pruned to perfection. Audrey’s yards were almost Zen in their appearance. They were a pleasure to behold!

Audrey was a pistol, firm in her gumption. There were times in her life when she blazed her own trail, much to the chagrin of her parents. However, in 1952, she met the love of her life and, on 24 May 1953, in Yreka, California, she married Clifford Floyd Nielsen of Weiser, Idaho. On June 8, 1955, they were sealed in the Idaho Falls temple of The Church of Jesus Christ of Latter-Day Saints. Audrey and Cliff then spent the early years of their marriage living and raising their family in different towns and cities in the Bay Area, Northern California, and Southern Oregon. Within those years, six children were born, one passing away shortly after birth. Audrey’s heart held the memory of Baby Cliff sacred throughout her life.

In 1968, Cliff decided to return to school to obtain a degree in Mortuary Science, opening the door for him to become a Funeral Director and Embalmer. After two years of almost crippling financial sacrifice and exhausting mental and physical struggle, Cliff graduated. He immediately went to work for Audrey’s father, William Ferris, founding owner and operator of Memory Gardens Memorial Park in Medford, Oregon. Both Audrey and Cliff worked in the family business for many years, from the early 1970s through the mid-1980s. Cliff helped to manage operations and Audrey supported the administrative/office duties of the Funeral Home. Audrey also kept the grounds looking top notch. She often stated that every weed pulled was worth five cents, saving that money to buy things for the family and their home. During this time, Audrey also raised their five living children, worked at A-1 Answering Service in Medford, drove school bus for the Medford School District and served in many church callings. To say that she was a hard worker was an understatement.

In 1987, Cliff went to work for Service Corporation International and the couple moved to Salt Lake City for two years. In 1989, he was hired by Donalson, Sewell & Matthews (DSM), which took them back to Oregon, this time to Hillsboro. Audrey and Cliff remained in Hillsboro for the remainder of Cliff’s life and for Audrey, for four years after the death of her Sweetheart. She was then cared for by her daughters, D’on and Teri, in their homes in Riverton, Utah, and St. Helens, Oregon, respectively.

Audrey and Cliff loved Hillsboro, their church community, and their neighbors. However, nothing was more important to them than their six children: Richard Sherman Nielsen (deceased 2010); Teri Lynn Nielsen Blue of St. Helens, Oregon, married to Graden Blue; D’on Rae Nielsen Thomspon of Houston, Texas, married to Randy Thompson; Clifford Floyd Nielsen, Jr. (deceased 1962); Scott Cahoon Nielsen of Kennewick, Washington, married to Pam Jensen Nielsen; Kristine Audrey Nielsen Oakey of Berlin, Connecticut, married to Doyle Ray Oakey. Additionally, Audrey and Cliff took extraordinary pride in their 24 grandchildren and 41 great grandchildren! Family was everything to them. Family is everything. And the Nielsen name is something to carry with honor. Our family will miss our strong-spirited, STUBBORN, deeply feeling, and dedicated Mother and Grandma. But we are so happy that she is back in the arms of her eternal companion and that she is undoubtedly celebrating her reunion with two of her sons, Rick and Baby Cliff.

There will be a Funeral Service on Saturday, December 17, 2022, 2:00 p.m. at The Church of Jesus Christ of Latter-day Saints Orenco Ward Building in Hillsboro, Oregon. If you are unable to attend, you may join remotely at http://hillsborostake.org/broadcast/nielsen_funeral.html

To send flowers to the family or plant a tree in memory of Audrey Nielsen, please visit Tribute Store

Share Your Memory of
Audrey
Upload Your Memory View All Memories
Be the first to upload a memory!
Share A Memory
Send Flowers