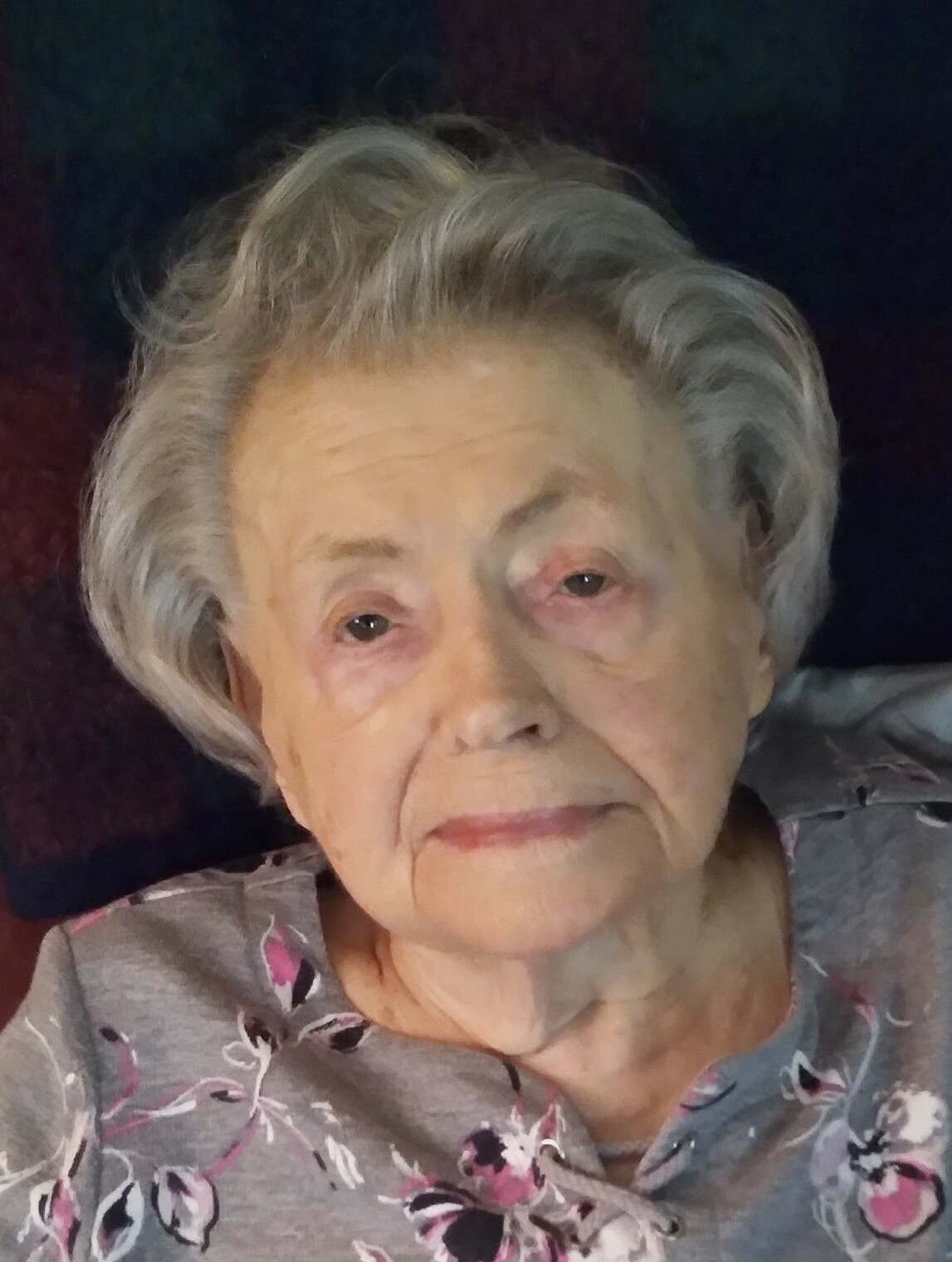 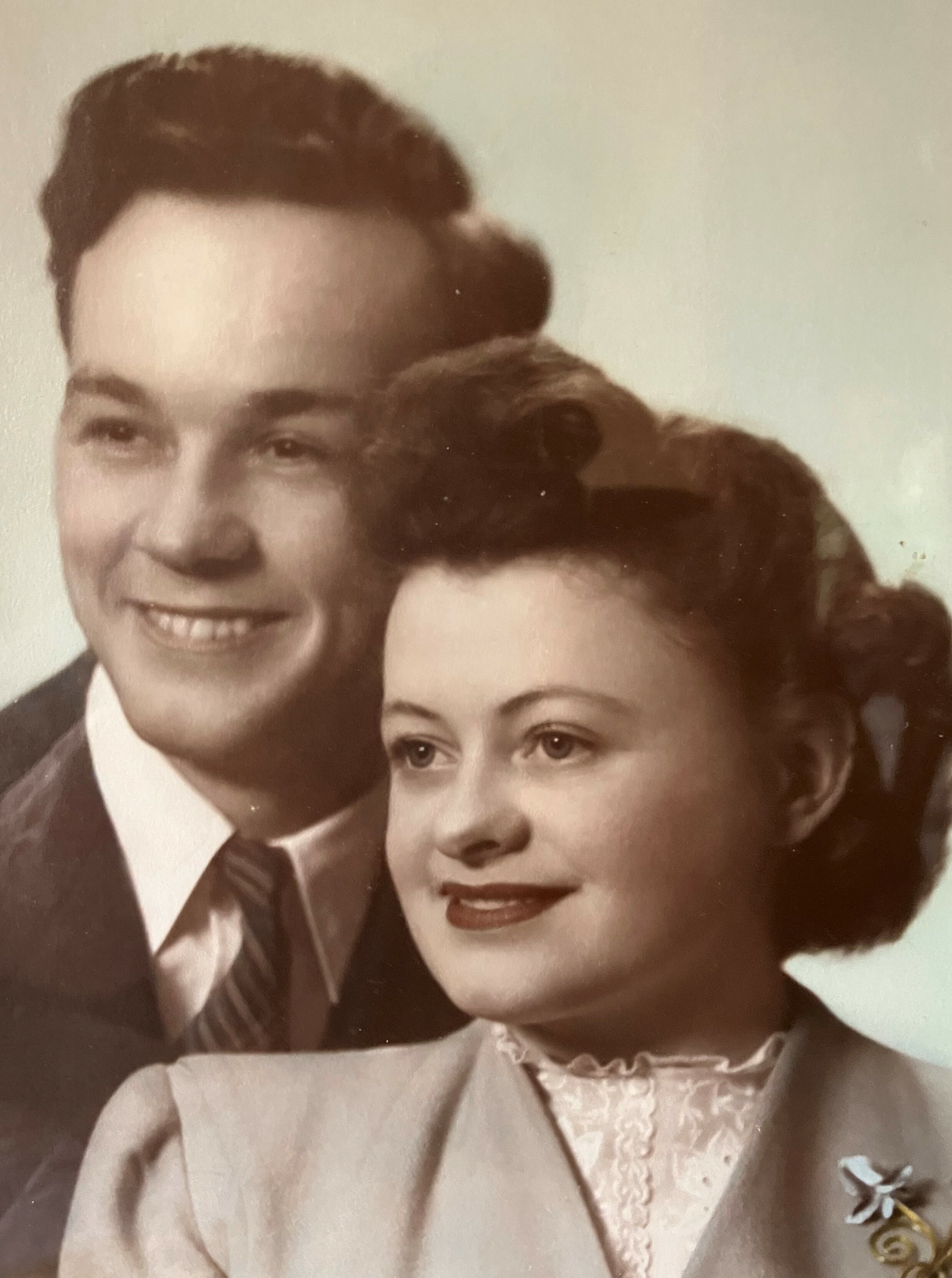 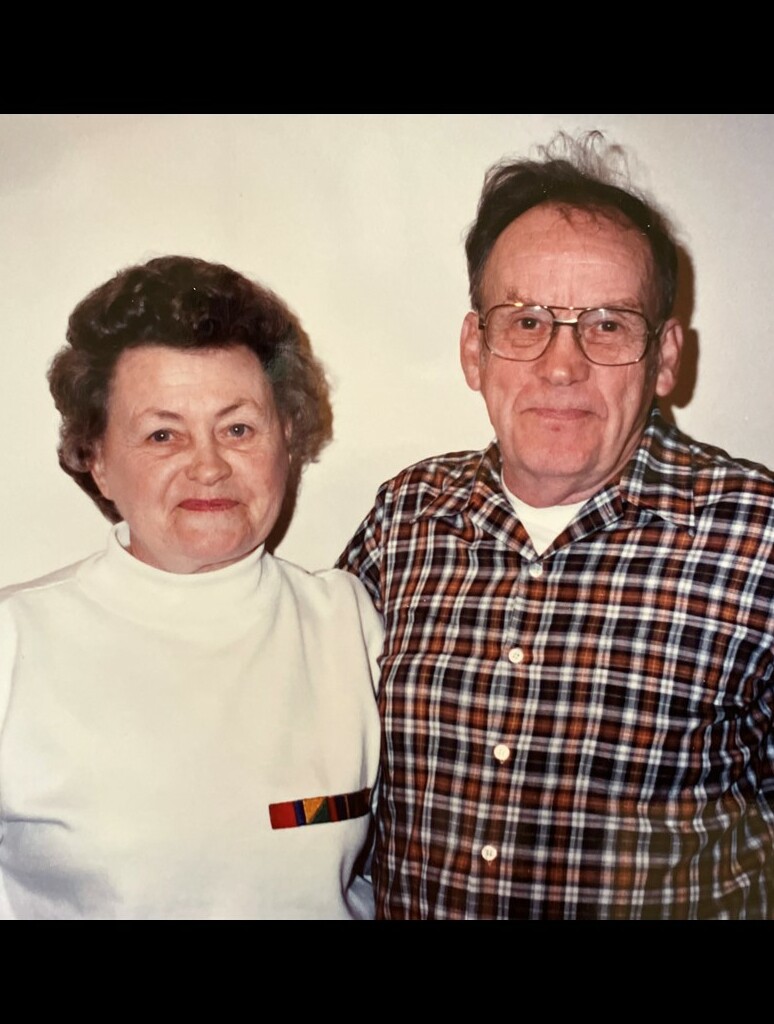 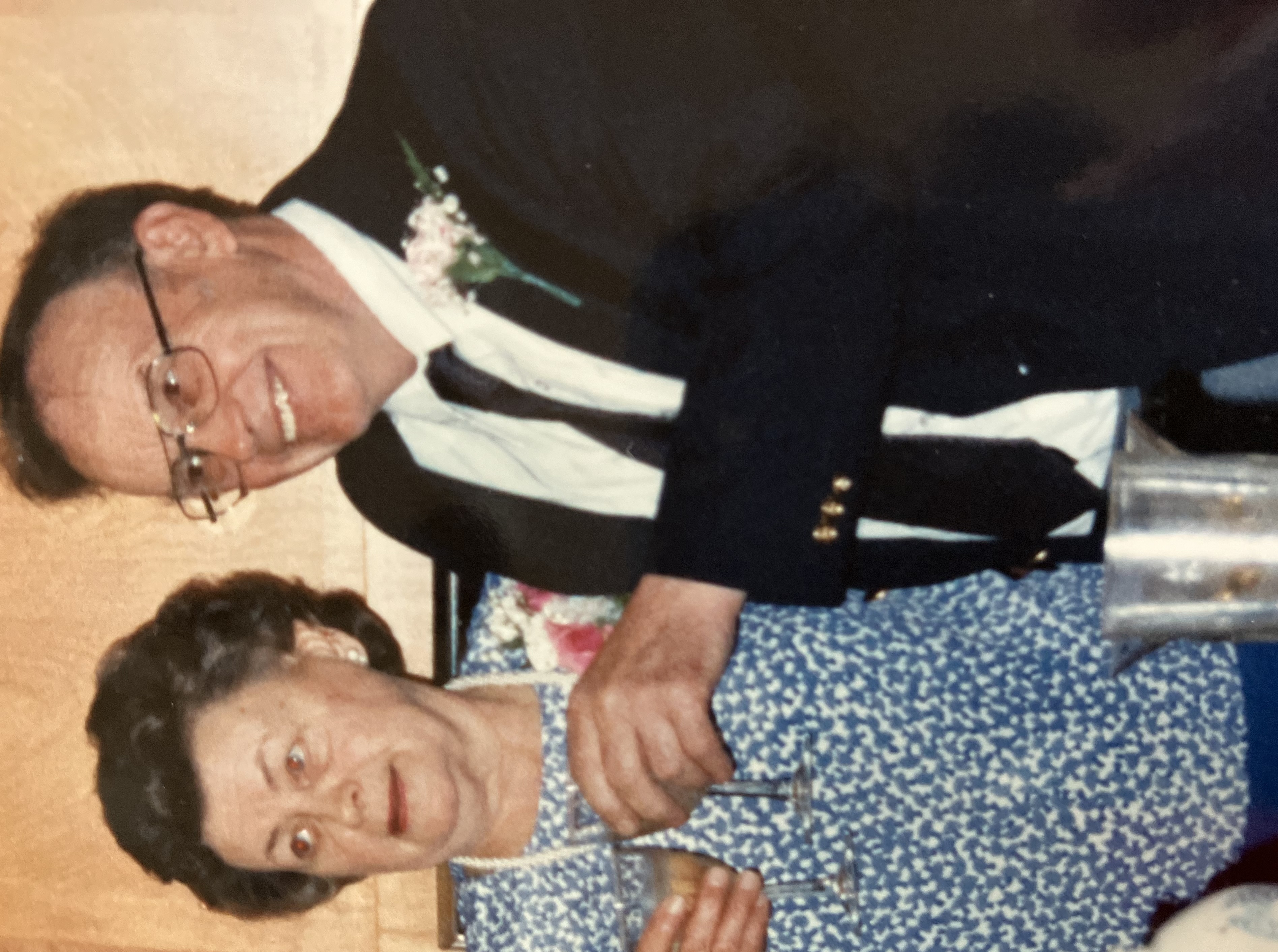 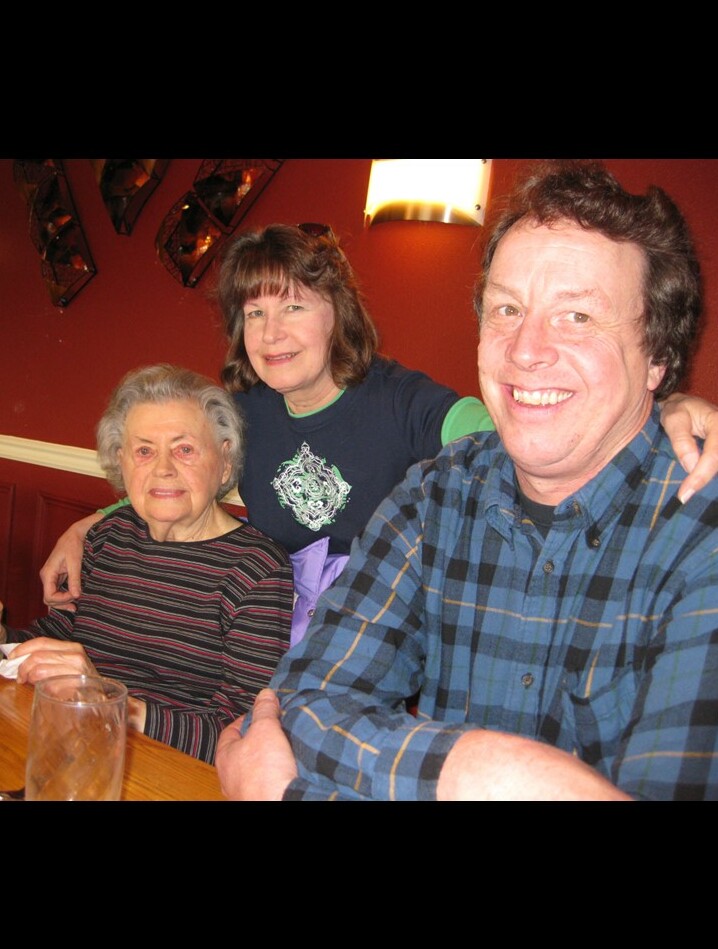 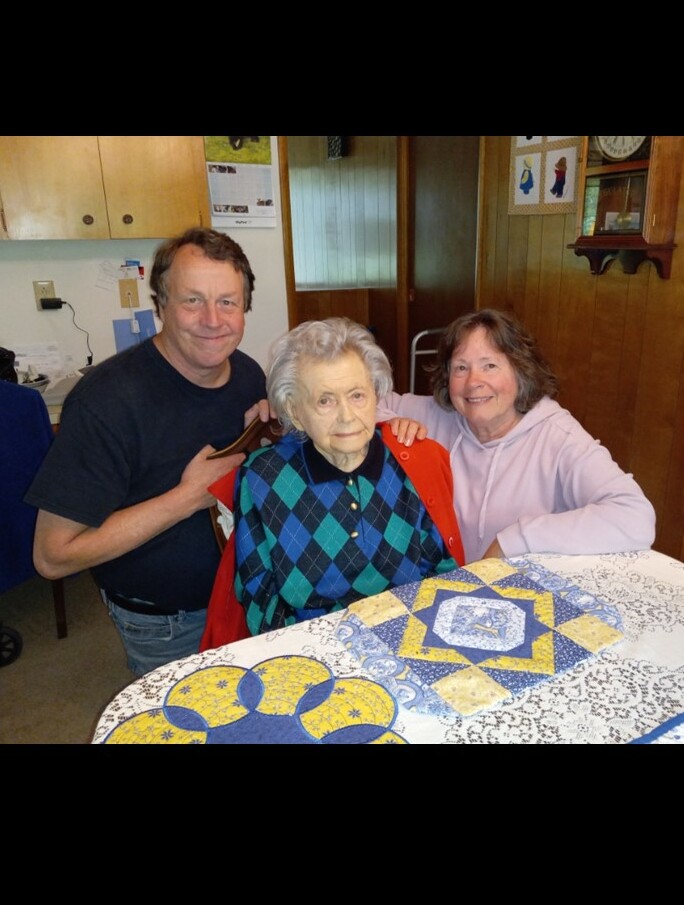 Margaret E. (Berschauer) Long was born July 3, 1924, in Utica, Kansas, and died peacefully in her sleep at the age of 98 at her home in Olympia, Washington.  She was the eighth of 10 children born to Jacob and Katherine (Templing) Berschauer; these 10 children are now all deceased:  Edward, Emma, Emanuel, Henry, Irene, John, Jacob, Margaret, Harold and Walter.  There is a surviving half-brother, Richard Berschauer, born to Elizabeth and Jacob Berschauer; Richard resides in Oklahoma.

Margaret’s mother, Katherine, died at age 47 from kidney failure and the family was devastated to lose her. When the older children were needed to work on the farm, and some had already left home, Margaret was left to look after her two younger brothers, Harold and Walter. They had to haul water, heat and cook food on a wood stove, take turns bathing in the same water, use an ice box to keep food cold, use an outhouse, and wash laundry on a wash board and hang it outside to dry. Despite all of the work, she and her family enjoyed the farm. They were never afraid of work.

Losing her mother at such a young age was one of the hardest losses she would have.  She missed Katherine so much and often talked of her and how she was loved by everyone.  Margaret remembers watching her mom cook and learned at age seven many skills that stayed with her for a lifetime.

After Jacob remarried, Margaret and her nine siblings, five step siblings, one half-brother, and parents lived on large farms in Kansas and Nebraska, raising wheat, corn, cattle, hogs, horses, chickens and large vegetable gardens to sustain their large family during the Depression and the Kansas Dust Bowl.  Life was hard, prices for crops were low, and there were no government safety nets.  They bartered their crops for other necessities in small towns many miles away from home.

Margaret moved to Olympia when she was 18 years old.  She found her life improved when she was able to be near her other siblings who were already in the Olympia area. Four brothers were drafted into the military to fight in World War II, and all survived.  Margaret took college secretarial classes at night after working her day job at the Department of Licensing.  She later was promoted to work at the State Liquor Control Board, which she loved.  For a period of time when labor was shorthanded during the War, she walked to town for another job at night at the fruit cannery in downtown Olympia near where the Farmer’s Market is located now.  She loved to walk and, after work, walked up Capital Way to her apartment, always in high heels.

When Margaret wasn’t working for the state, she and her apartment roommate had lots of fun attending dances with her friends and doing a little traveling.  She said those years were the most fun she ever had in her life.

During this time, Margaret met her husband, Donald Lee Long.  He had just returned from the Navy after the end of the War.  They loved to swing dance and did a lot of it during those years.  They married on July 6, 1946.  Don was a skilled carpenter and boat builder, who put his skills to good use while building two family homes. Margaret worked right alongside Don and together were a good team, enjoying their family projects.

In later years, Margaret worked during elections as a voter poll assistant at the McLane Fire Department.  She met and made many friends and neighbors during that work.

When her granddaughters, Shannon and Marcie, were young, Margaret and Don would invite them for a fun day on the farm.  They picked up pinecones, drove Grandpa’s tractors (under supervision of course) and had tea parties with Grandma.  They loved and learned many useful life skills during their visits.  Margaret was all about teaching a useful skill that would help them when they were older.

Margaret attributed her longevity to good planning and sound decisions, no smoking or drinking heavily, and eating organic foods mostly raised in her own garden. She enjoyed many hobbies and interests of which her family was number one.  She was an excellent homemaker and excelled in gardening, sewing, knitting, cooking, and making a home for her family.   She always was ready to help and create fun and interesting ways to enjoy her garden delights, either by canning, soap making, dehydrating, or making sauerkraut.  She created the most delicious wine from her berries and she raised chickens and cows until she was 85 years old.  When the cows got out one year and landed onto the neighbors’ front porch, she called that hobby done.

Margaret requested no services be held and we are respecting her wishes.  We miss her dearly but know that she is happy to be reunited with Donald, Tom and all her brothers and sisters and family that she missed so much.  It would be a reunion everyone would be happy to attend.

FAMILY REQUESTS NO FLOWERS OR DONATIONS

To send flowers to the family or plant a tree in memory of Margaret Long, please visit Tribute Store

Share Your Memory of
Margaret
Upload Your Memory View All Memories
Be the first to upload a memory!
Share A Memory
Send Flowers