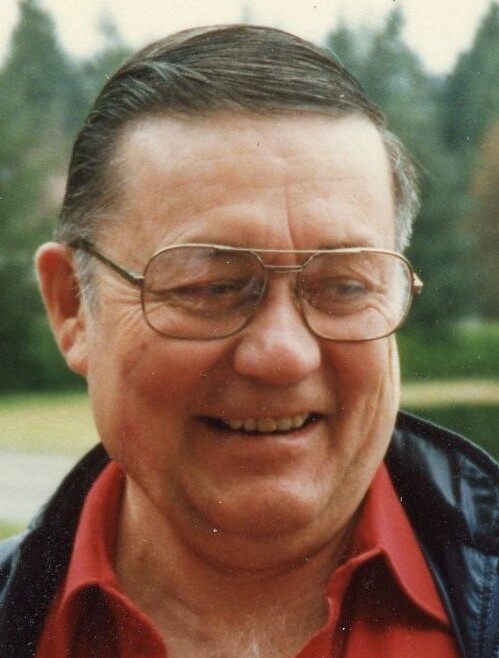 Clarence “George” DeHart, a lifelong resident of Olympia, died November 18, 2022, at the age of 93.  He was born February 2, 1929, the youngest of three children born to Ebb and Ellen DeHart. He was a 1947 graduate of Olympia High School.  In 1949, he married Gaylia Griswold and within a few years they welcomed daughters, Deborah and Sandra.

George and his two brothers, Ed and Ivan, were loggers almost all of their working years and together operated DeHart Bros. Logging.  The other job of which George was particularly proud was while in high school during WW II, when he and Ivan would take a bus to Tacoma after school to work as welders at Todd Shipyards, while older brother, Ed, served in the U.S. Army in Europe.

He enjoyed time spent with family and especially his grandchildren; gardening; golf with his sons-in-law; and travel with Gaylia.

He was preceded in death by Gaylia in 2018, and by both of his brothers.  He is survived by his two daughters, Debby (Bill) Warner and their son Matt (Vy), and Sandy Gosk and her daughter Jennifer (Jae).

To send flowers to the family or plant a tree in memory of Clarence DeHart, please visit Tribute Store

Share Your Memory of
Clarence
Upload Your Memory View All Memories
Be the first to upload a memory!
Share A Memory
Send Flowers