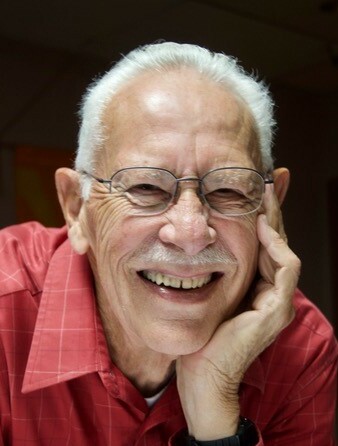 Paul Seabert peacefully passed away as the result of lung cancer on October 14, 2022, at home surrounded by his family and dogs at the age of 83. In his life, Paul carried many titles, including husband, father, grandfather, brother, school counselor, business owner, Mr. Downtown, Vicar’s Warden, community volunteer, and Mr. Fix It. What defined Paul, however, was not only the title, but the way that he made people feel. Kind, welcoming, fun, caring, wise, and compassionate described him.

Paul was born in Akron, Colorado, on December 17, 1938, to Lucille and Ralph Seabert. At age 14, he grew up quickly when his father died and he started helping his mom in their family ice business. As the oldest child, he took seriously the responsibility of caring for and guiding his sister, Linda Downing (Tom Downing), and brother R. Dan Seabert.

After high school, Paul attended Colorado State College (now University of Northern Colorado), graduating in 1962 with a degree in business education.   While at UNC, he was a proud fraternity member of Alpha Kappa Lambda. He showed early signs of being an entrepreneur when, at college, he would go to McDonald’s at closing time, buy all the remaining burgers for a few cents and sell them to his fraternity brothers for a nickel.

During college, he met Judy Reflow, who he married after they graduated. They moved together first to Portland and then to Aberdeen where they both found teaching jobs at Weatherwax High School. Judy and Paul had two daughters, Andrea Seabert Olsen (Karin Olsen) and Denise Seabert (Matt Bailey). They also opened their Aberdeen home and parented other children, including Becky Reflow Case, Butch Reflow, Melinda Brooks, and a host of foster children. Together they had a house full of children, but also many animals, which led to years of involvement with 4-H.

Showing and breeding dogs, including German Shepherds and Pembroke Welsh Corgis, was a significant part of their lives until the kids got old enough to have goats, horses, chickens, pigs, rabbits, cows and geese.

At Weatherwax High School, Paul first taught business. Subsequently, he completed a M.Ed. in School Counseling from UNC over the summers and became a guidance counselor there. In 1982-83, he was named Washington State Counselor of the Year. Over his decades as a counselor, he supported students in career and college planning, helped with students’ family challenges, encouraged struggling students, mentored student groups, and worked many sporting events. Throughout his life, people would recognize him and say, “You may not remember me, but you were my guidance counselor and you really made a difference in my life.” Those of you in education will relate to this. Later in his career, he transferred to Timberline High School and retired from there. In total, he worked three decades in public education.

In 1984, Paul married his beloved soulmate, Kathy Baros Friedt, and moved to Olympia to be with her. Together they went on many grand adventures, both nearby and abroad. Through their 38 years together, they were often seen smiling at the theater, parades, and non-profit events. Paul was proud of Kathy’s involvement in many organizations, which she said she could never have done without his support. Together they raised Kathy’s daughter, Jessica Friedt (Benjamin Emerson), with Paul often being present for her activities like swimming lessons, volleyball games, drill team performances, and vocal music recitals. Jessica remembers many “Paul-isms” that stuck with her later in life as nuggets of wisdom.

Paul and Kathy love their grandkids in the ways that good grandparents do.   Grandsons, Clark Bailey, Nathan Bailey, Elias Bailey, and Jack Seabert Olsen, will miss their grandfather’s lessons in how to fix things, knowing the right tool for the job, and the excellent meals that he cooked.   Jack said, “I got Grandpa’s spaghetti sauce recipe, but I just can’t make it as good as Grandpa.”   In particular, Paul loved all little children and was known as the “baby whisperer.”

Small family business was a center point in Paul’s life. For years, he made trophies and plaques at Seabert’s Custom Awards in Aberdeen. After retiring from education, his desire was to continue to be connected to kids in a way that was fun. He and three women opened the destination toy store, Wind Up Here, in the heart of downtown. He could be found in his later years unpacking freight at Radiance Herbs and Massage, which was owned for many years by his daughter, Andrea, and daughter-in-law, Karin.

The Olympia Downtown Association (ODA) benefited from decades of service where Paul served multiple terms as president, led the safety committee for more than a decade, chaired the bi-annual downtown cleanup before Artwalk, and welcomed and encouraged new business owners. In 2000, he was the first ever recipient of the Person of the Year award presented by the ODA and was often referred to as Mr. Downtown.  Paul was always up for a sidewalk conversation with business owners, customers, and strangers alike.

Paul believed in making the community a better place by taking responsibility and getting involved. For example, he ran the 4-H goat barn at the Grays Harbor County Fair, advocated for kids as CASA (Court Appointed Special Advocate), and was deeply involved with Big Brothers, Big Sisters. In 1997, Paul was matched with a 5th grade little brother, Tyler Barthule. This resulted in 25 years of mentorship and amazing friendship. As a big brother himself, Paul knew the importance of having a mentor and went on to serve the organization, including multiple terms as board president. In 2006, he was honored as a “Champion for Kids” by local youth agency, TOGETHER!

Connection to Spirit was central in Paul’s life. After shopping for the right church, Paul and Kathy joined St. Benedict’s Church (SBC) in 2009, where his servant beliefs led him to be “the guy to call.” He was later confirmed by Bishop Greg Rickel on April 29, 2012. He served God and his church through his valued leadership on Vestry, by being an usher, the fix-it guy, the plumber, and the grounds lead. He was quick to make a beeline to new people at church, using his infectious smile and warm heart to weave them in to the community. Paul deeply loved his SBC book club, the SBC Bible study group and the S. John’s Saturday men’s group. St. Benedict’s brought great joy to Paul because he knew he was walking with God in connection to community. Each year the Diocese of Olympia gives a small number of Bishop’s Cross awards to those whose very lives embody the spirit of Christ. Reverend Beth Echols shared with Paul, in his last days, that he was to receive this award for the litany of tireless contributions and hours of service he made to St. Benedict’s. The award will be presented posthumously on November 22, 2022.

Throughout his life, Paul worked to make a difference in the world. He lived with great joy, loving God, his family, his community, and his church. He also loved rodeo, old cars, zydeco music, football, a “good deal,” his King Charles Cavalier Ivy, cooking favorite foods, sweet treats, talking to people, and a hot cup of coffee.

The family looks forward to joining with those that are available on Saturday, November 5, 2022 at 2:00 p.m. at St. Benedict’s Church in Lacey to celebrate Paul’s life. See Zoom details below.

In lieu of flowers, consider honoring Paul by donating to Big Brothers, Big Sisters in Olympia; St. Benedict’s Church; or an organization that makes a difference for kids in the community.

To send flowers to the family or plant a tree in memory of Paul Seabert, please visit Tribute Store