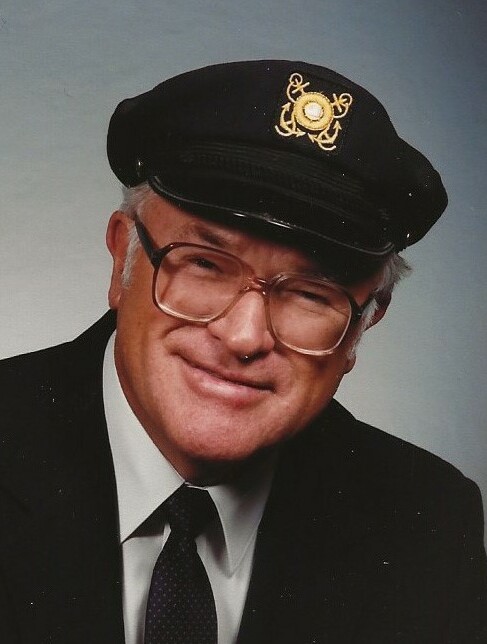 William “Bill” Melhaff went to be with the Lord as his wife and children sat by his side on Thursday, June 2, 2022. He was born on January 6, 1929, in Bend, Oregon, and moved to Portland as a teenager.  In 1944, he signed up to serve in the U.S. Army at age 17.  By the time he finished boot camp at Fort Lewis, Washington, World War II had ended, and he served the next two years as part of the occupying forces in Japan with the 7th Cavalry Regiment.  After the Army, Bill started college in Oregon, during which time he met Harriet Hoffman who was teaching drama and English at Tenino High School.  They fell in love, got married and started their lives together renting a basement apartment on Bainbridge Island.  Bill commuted by ferry to the University of Washington to complete his degree in business and start his career working for the JC Penny Company in Seattle.  Harriet taught high school on the island.

When Harriet became pregnant with their first child, Helen, the couple purchased a tiny two-bedroom home off Aurora Avenue in Seattle, and later upgraded to a three-bedroom home near Carkeek Park after adding two more children, Steve and Gary.  Over the years, JC Penney promoted Bill from assistant manager to full manager at various stores around the Puget Sound region, and the family moved between Seattle, Woodway (north of Seattle) and Renton in the Fairwood neighborhood.  He also spent a couple of years at the JCP office in the University District as the person in charge of ordering women’s wear for Western region JCP stores. Bill’s final promotion in 1978 was as head of planning and manager of the new Capital Mall JC Penney store in Olympia, Washington.

Bill’s entire career was with the JC Penney Company.  He managed stores, including Auburn, Aurora Village, Bellevue and finally the Capital Mall store, where he retired in 1989.    Bill and Harriet lived on Sunset Beach Drive in Olympia “on the beach” for over 40 years.  He loved dogs, owned several over the years, and was well known by the ones living along the street for “cookie” treats always available in his pocket.  Bill and Harriet’s home in Olympia was the central family meeting place for every holiday and family party for over four decades, and Bill was known for enjoying lively round-table conversations after a meal.  The beach home was finally sold with great sadness in February 2020 when the couple moved into a local retirement center.

Over their years of marriage, Bill and Harriet were avid boaters, and Bill reluctantly sold the last boat 11 years ago due to Harriet’s declining health.  They spent many summers living on boats for a couple of months at a time, visiting favorite moorings around Puget Sound, plus cruising the American and Canadian San Juan Islands.  Bill and Harriet were active members of the Olympia Yacht Club, as well as lifetime members of the Galilean and Meydenbauer Yacht clubs.  Even when not boating, Bill loved to go down to the yacht club docks and sit on his boat, reading a book or chatting with other boaters.

Bill and Harriet were active members of Westwood Baptist Church for over 40 years.  They participated in the Sunday morning “Prime Timers” study group, and even in their late ‘80s would act as door greeters on Sunday morning.  Bill loved his weekly men’s breakfast gatherings and opportunities to walk with other guys, either in the Capital Mall or around Capital Lake.  Bill remained physically active into his ‘90s, rarely missing his daily “walkabout.”

Bill was a wonderful father, grandfather, and great grandfather and will be greatly missed by family and friends.

A memorial service will be conducted at Westwood Baptist Church in Olympia on August 20, 2022, at 1:00 p.m.

To send flowers to the family or plant a tree in memory of William Melhaff, please visit Tribute Store