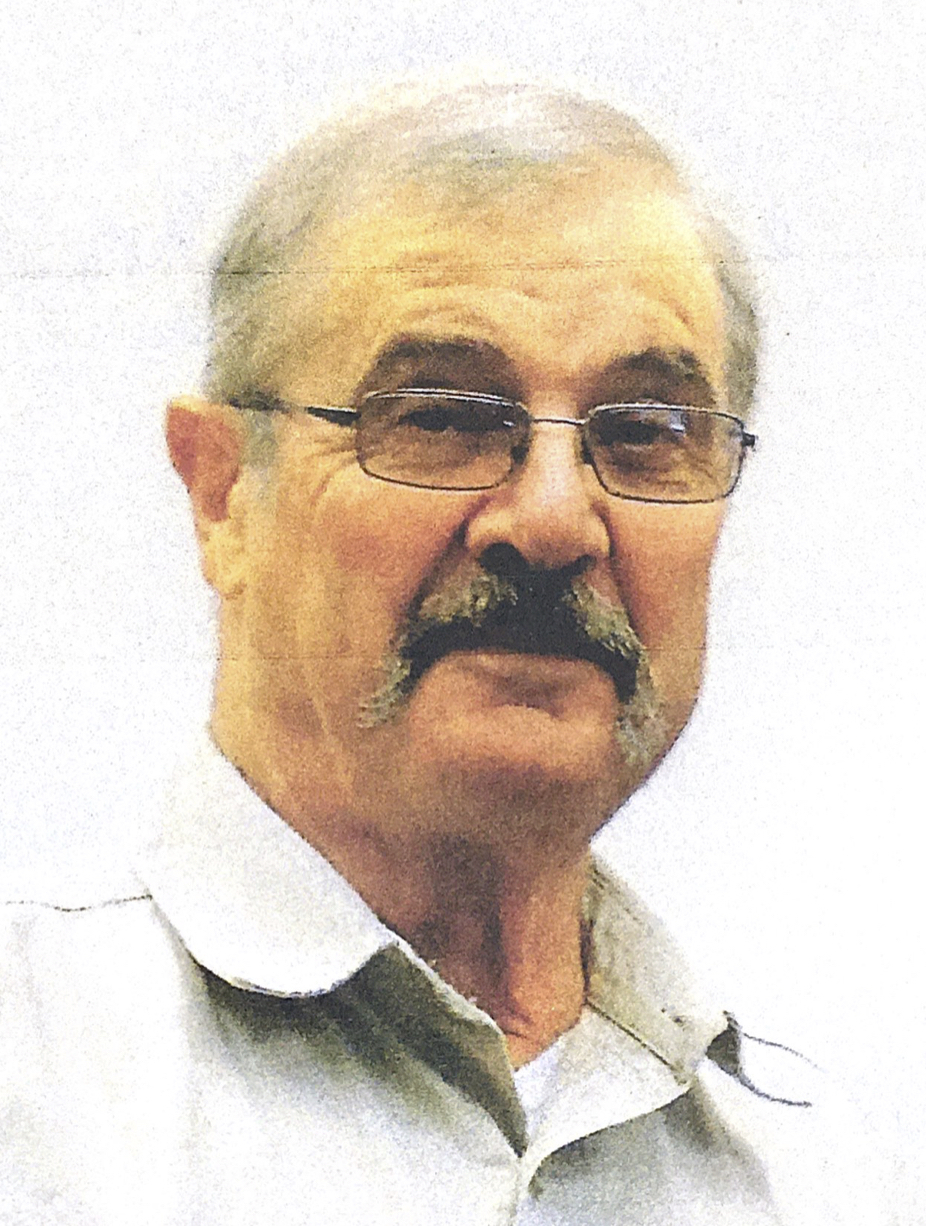 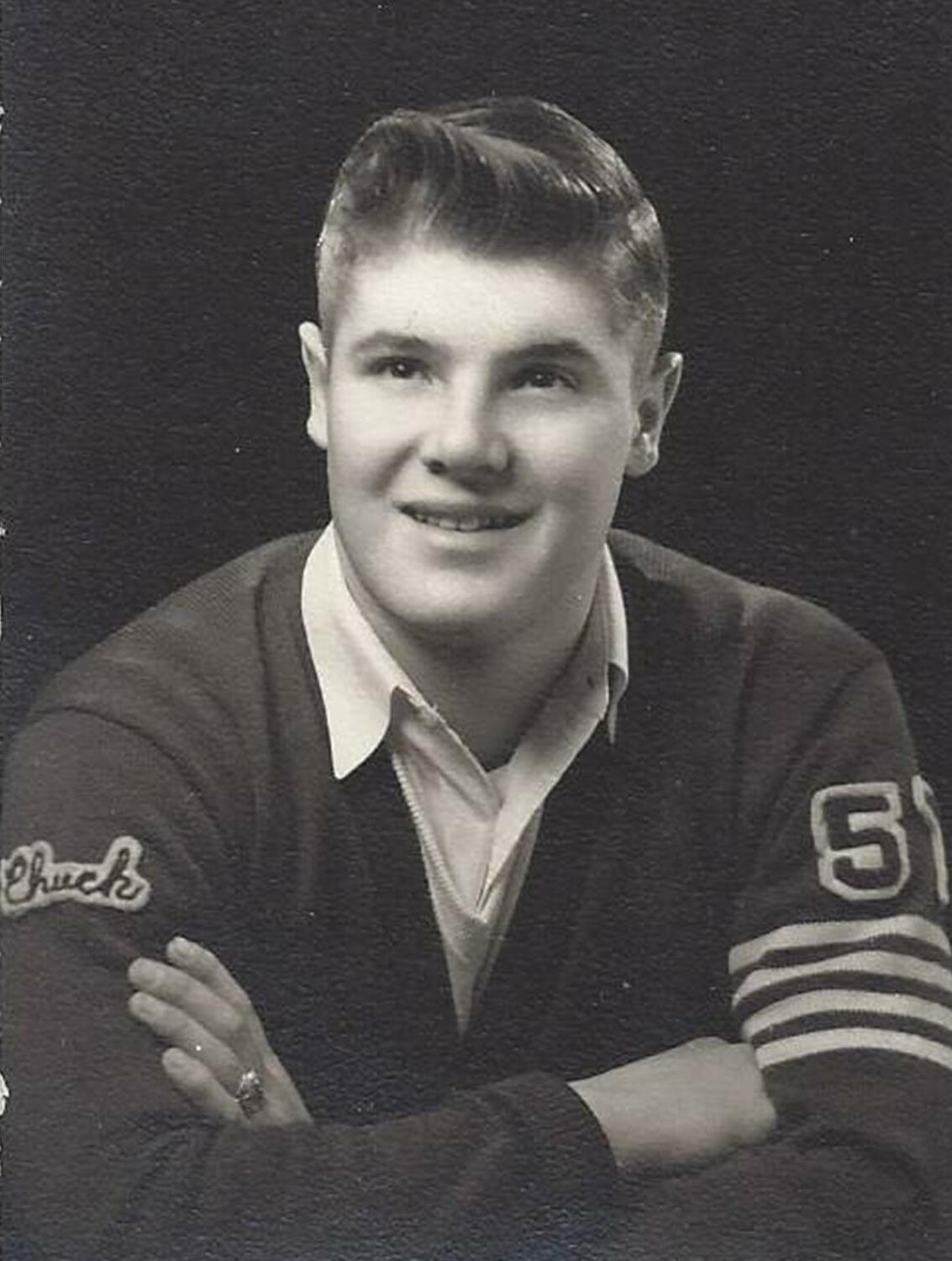 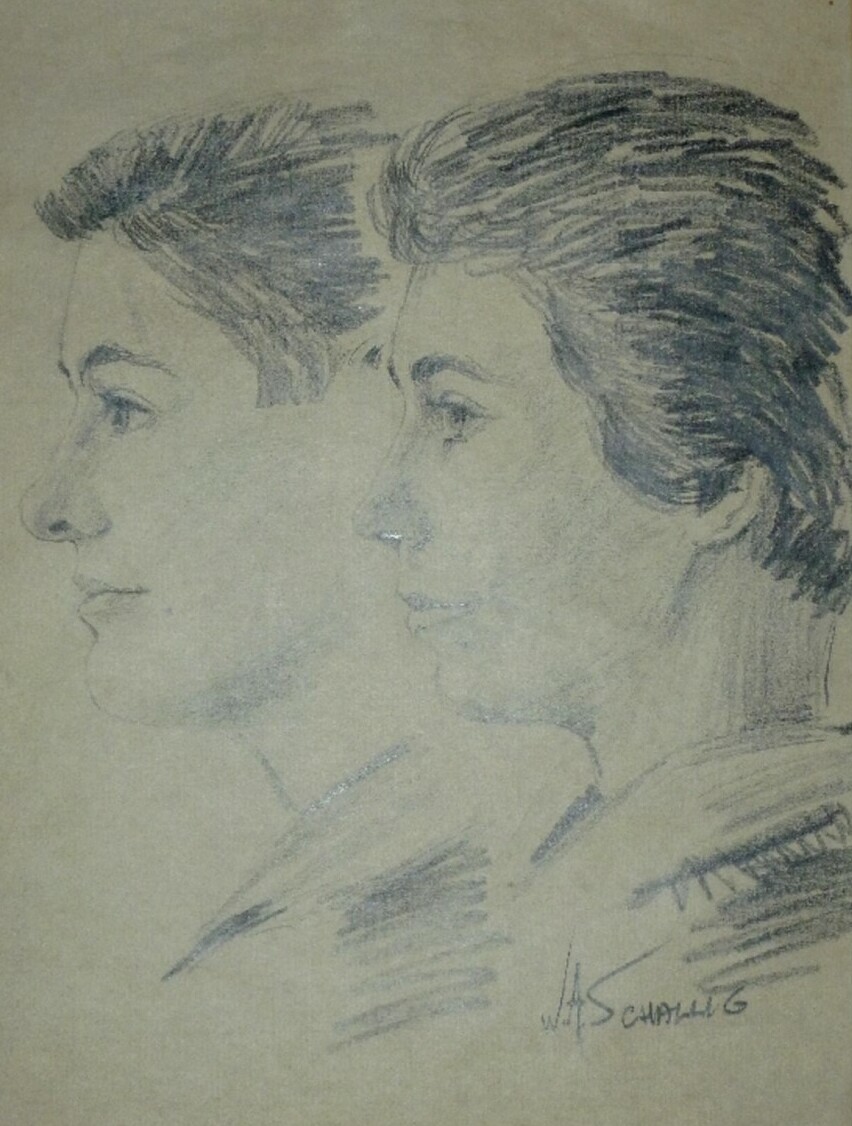 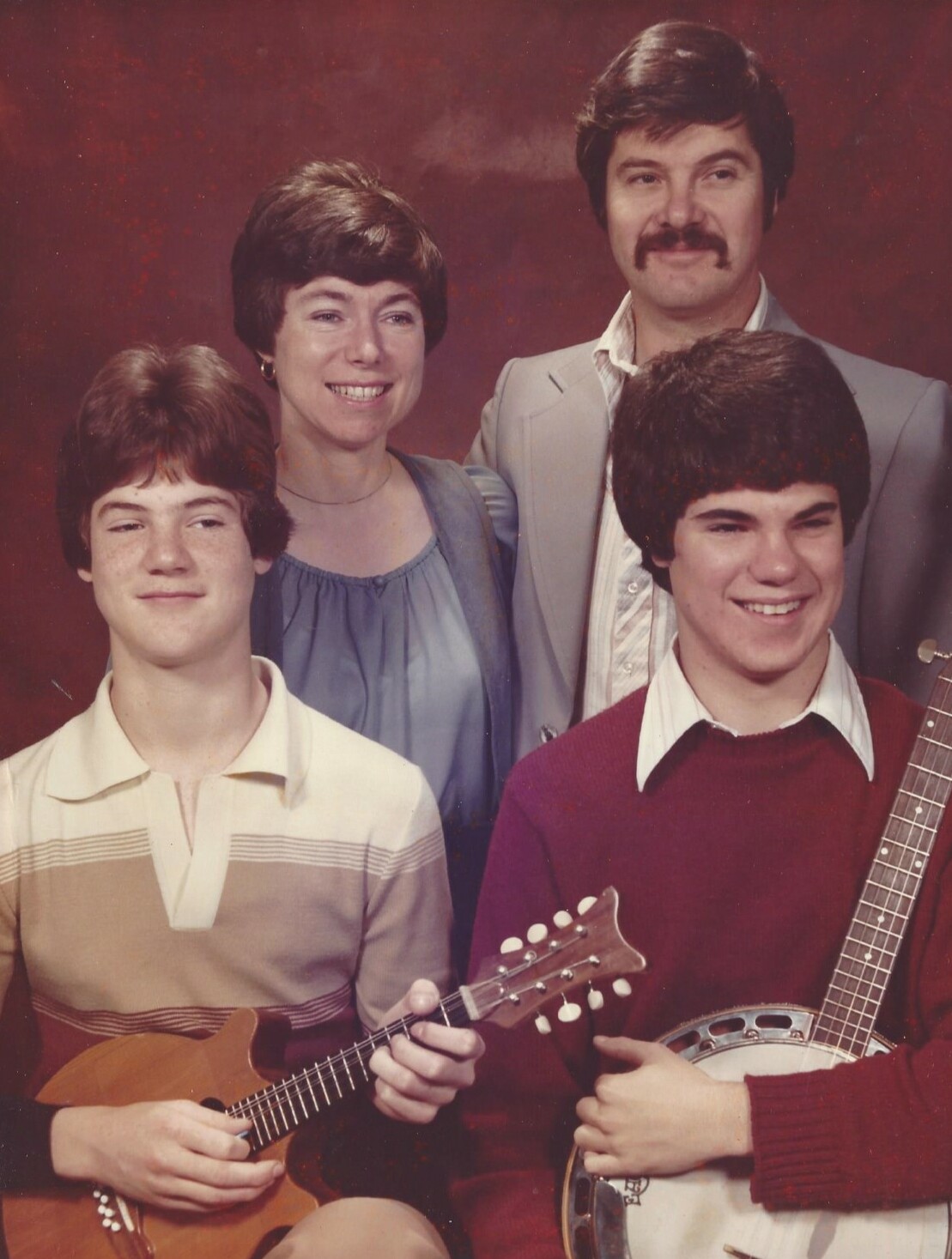 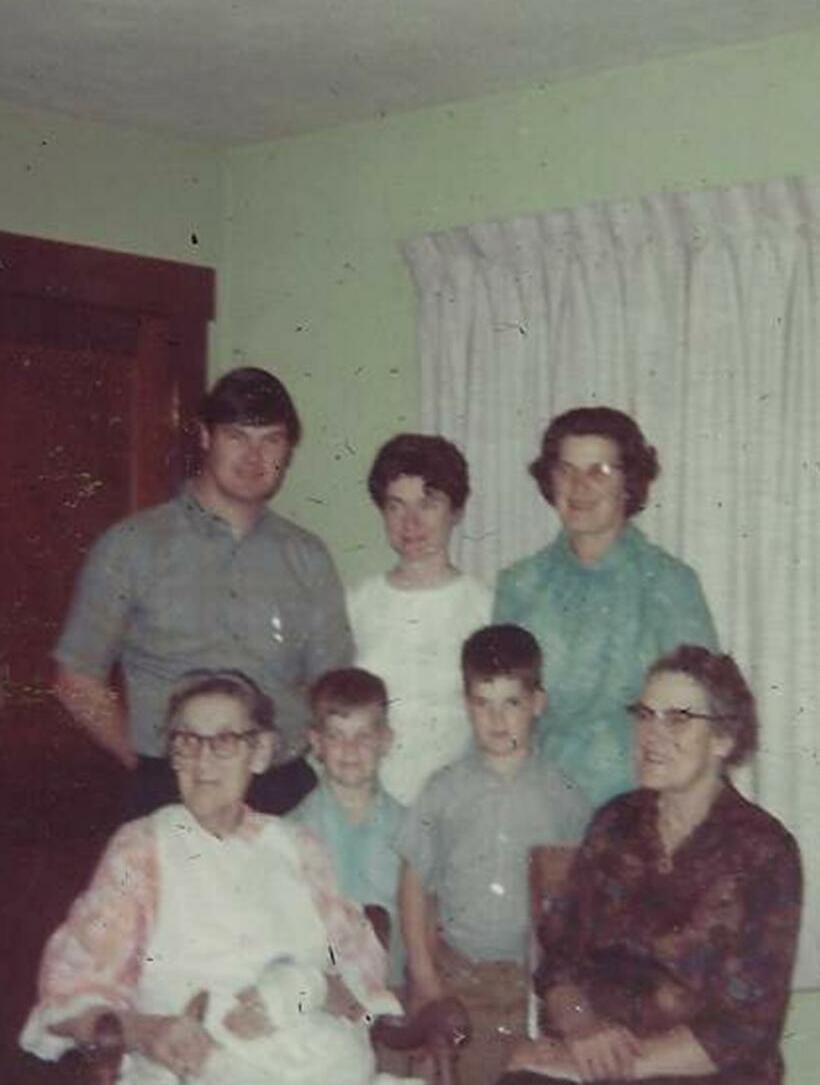 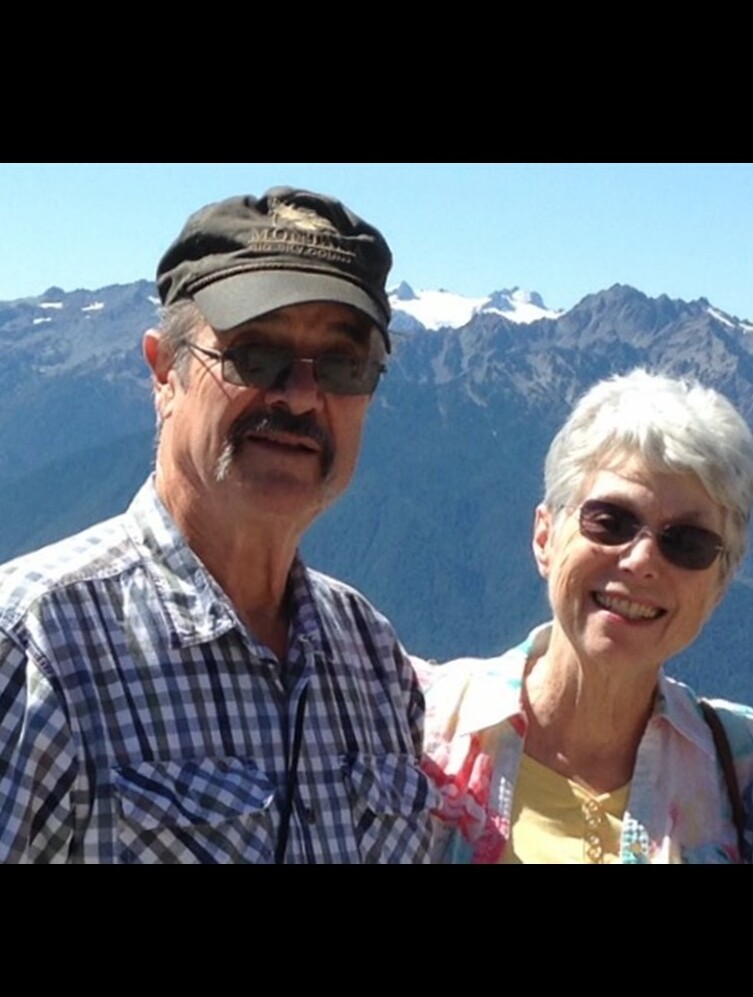 Charles Dale “Chuck” Hornbuckle was born to Fred and Noreen Larson Hornbuckle on January 30, 1939, at the family home at Donald, Yakima County, Washington. He passed away peacefully in his sleep on Monday, May 16, 2022, at Lawrenceburg, Tennessee. Chuck attended elementary schools at Omak, Washington, until 1949, when the family moved to Potlatch. During his senior year, he met Suzanne Spencer at Palouse and they were married three years later on December 26, 1959.

Chuck attended the University of Idaho and, in 1962, graduated with an Associate Degree in Highway Technology from Oregon Institute of Technology at Klamath Falls, Oregon. He later achieved his Professional Engineers License. While Chuck attended school, Suzanne taught fifth grade at Twyla Ferguson Elementary School at Klamath Falls. They moved to Yakima, where their two sons were born, Nick in 1962 and Jon in 1963. In 1967, the family moved to Thurston County and resided there until 2021, when Chuck’s ill health caused them to move to Tennessee.

As their two sons grew up, Chuck served as the first Cubmaster for the new Olympic View Grade School Cub Scout Pack 211 until 1974, when the family moved to the Littlerock area. During their sons’ high school years at Tumwater, Chuck was a volunteer summer soccer coach for the high school boys and helped launch the “Kick in the Grass” youth soccer tournament program. In 2008, along with other citizens, Chuck was on a committee to research and publish the history of the Tumwater Schools since 1845.

Chuck and Suzanne encouraged Nick and Jon’s hobbies and interests. Everything from Bluegrass festivals, to soccer games, to black powder marksmanship and rifle building, to rebuilding a vintage Austin Healey Sprite were a normal part of any given week. Chuck and Suzanne could be counted on for material support like banjos, mandolins and soccer gear, but more importantly, they were very proud of their sons and it showed.

Chuck’s love of the beauty of the Pacific Northwest led to many family hiking trips in the Olympic National Rain Forest, Mount Rainier National Park and the Mount Hood National Forest. Chuck and Suzanne were early members of REI and, on the rare trips to Seattle, a stop at the Capitol Hill REI store for hiking gear and supplies was usually in the offing.

Chuck worked for the Washington State Department of Transportation for nearly 34 years, retiring in 1995 as the Olympic Region Traffic Engineer. His career with WSDOT was gratifying and he enjoyed working with local communities to resolve their concerns.

Together Chuck and Suzanne valued family history. They especially enjoyed learning that they shared common ancestors in Mayflower settlers Governor William and Dorothy May, Bradford and John and Elizabeth Tilley Howland. Chuck and Suzanne enjoyed working together assisting Suzanne’s Daughters of the American Revolution (DAR) Chapter in their heritage work. Chuck was an avid genealogist, tracing his Hornbuckle (English) and Larson (Swedish and Norwegian) lines back several generations. During his research, he and Suzanne traveled extensively, meeting distant relatives around the world. He recognized the importance of his Cherokee heritage, through his grandmother Rebecca Fleetwood. In 2018, he commissioned a headstone for her grave at Yakima. Along with Suzanne, Chuck was a Life Member of the Tumwater Historical Association, Oregon-California Trails Association (NW and Colorado Chapters) and Benefactor Life member of the National Rifle Association. During his retirement, Chuck was very active in his community. In 2004, he and Suzanne received OCTA’s “Richard and Trudy Ackerman Meritorious Achievement Award,” honoring individuals that have made significant contributions to trail history.

Chuck volunteered for the Thurston County Jeep Patrol and was an integral part of the Search and Rescue team assigned to the Black Hills near Littlerock, Washington. His training as a surveyor, enabled him to organize and lead several teams of volunteers in the effort to preserve sections of the Oregon Trail near Joseph, Oregon, with GPS markers. Suzanne was a valued addition, as her ancestors had used that very trail 140 years earlier.

He was a member of the Littlerock United Methodist Church, serving as the Church Co-Historian. The couple enjoyed traveling and doing all things together during their 55 years of marriage, including gathering information on their family heritage. Together, they built two houses near Littlerock, the second of which was the first in the county to utilize the passive solar envelope house concept.

Suzanne passed away unexpectedly in September 2015. Chuck was devastated, but his strong faith, love of family and desire to contribute to his community helped him with the loss of his life partner. He redoubled his volunteering efforts to such an extent that the Sons and Daughters of Oregon Pioneers, of which Suzanne was a lifetime member, created a special membership type with him specifically in mind, “Friends of SDOP Life Member.” One of his proudest achievements was his work with the DAR and the reclamation and rededication of several Oregon Trail markers in Washington state. His work on the project spurred the DAR to award Chuck the “State DAR Historic Preservation Certificate of Appreciation” in April 2018. In August 2020, Chuck was presented with a national award and medal by the Daughters of the American Colonists in “recognition of his service to community, preservation of local history, and consultation on the Washington State Society Daughters of the American Colonists 2020 state project at Littlerock.

A service will be held in the Olympia area in the fall of 2022. Chuck’s ashes will be placed in the family plot at the Rock Creek Cemetery in Potlatch in the fall of 2022 during a service. The memories of our parents’ partnership in life together will live on in eternity.

The family requests that, in lieu of flowers, donations may be made in Chuck’s name to the Oregon-California Trails Association octa-trails.org, Gun Owners of America, donate.gunowners.org, or any local historical organization.

To send flowers to the family or plant a tree in memory of Charles Hornbuckle, please visit Tribute Store