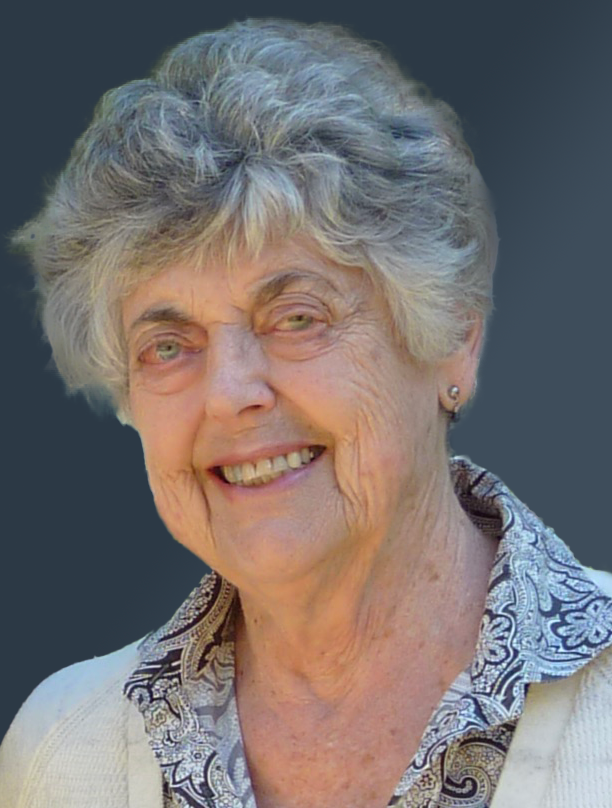 She was born October 21, 1937, in the small mining town of Bralorne, British Columbia, to Cecil Graham Walley and Lillian Chambers Walley. After Lillian passed away in 1942, Graham married Rosemary Blaker, adding brothers, Rick, Steven, Blake, and sister, Karin, to the family. Elinor’s childhood years were a series of adventures as Graham, a civil engineer and logger, moved the family around remote sites and camps in British Columbia with each new project. Elinor had fond memories of times with her grandparents at Winnipeg, Canada.

Elinor graduated Courtenay High School, Vancouver Island in 1955 and entered the Vancouver General Hospital School of Nursing, completing her RN program in 1960. Recruited by fellow nurse and long-time friend-to-be, Jill (Robson) Land, to come to Wenatchee, Washington, Elinor worked as an OR scrub nurse at Deaconess Hospital. Her earnings funded a year-long round-the-world trip by steamship to Japan, Australia, India, Egypt, Europe, and England. Later trips included multi-generation family trips to Hawaii, many excursions across Canada and the U.S. to visit family, and a memorable cruise with ports of call at Denmark, Estonia, Finland, Sweden, and St. Petersburg, Russia. Having circumnavigated the globe, Elinor returned to Wenatchee, where she married John C. Rutherford, September 21, 1962.  During the next several years, they moved for John to pursue his teaching career and graduate school (Go Cougs!). She and John eventually settled in Wenatchee and raised daughter, Lorna Lynne, born in 1963 and son, Brett, born in 1964.

With her children in school, Elinor shifted from part-time to full-time nursing, beginning a long and accomplished career at Central Washington Hospital. There, Elinor developed the first critical care unit, dialysis unit, an outpatient day surgery unit, and finally the Quality Assurance Department. Along the way, Elinor also completed an Associate’s Degree at Wenatchee Valley College and a Bachelor’s of Nursing at Seattle Pacific University. Elinor “retired” from nursing in 1988 when she and John relocated to Olympia. Being retired did not suit, thus Elinor began 10 years of consulting for the Washington State Medical Association and various insurance companies.

Elinor’s great joy in life were her grandchildren, Cameron, Kyly, Jackson, Blake, Nate, Donovan, and Sam.  She attended countless games, concerts, meets, performances, and loved them all; baked cookies; made costumes; and celebrated every achievement large and small. In 1993, Elinor and John left Olympia to build their dream home near Ocean Shores.  Gardening, taking the grandkids to Conner’s Creek at the beach, walks on the beach, and clam digging filled many happy hours. Beset with many chronic health challenges, it was her grandchildren who she held on for. Ever devoted to her extended family and friends, Elinor kept abreast of their lives, interests, children, health challenges and more, carefully noting every detail in her famous address book.

Never idle, Elinor volunteered enough hours to constitute a second career, including CPR training in Wenatchee in the 1970s, Camp Fire Girls leader, Olympia Public Library, Statewide Health Insurance Benefits Advisor, Court Appointed Special Advocate (awarded State Volunteer of the Year), Pacific Beach and Cosmopolis Elementary School reading programs tutor (where she bought every child a book), RSVP of Grays Harbor (4,053 hours), and when health and age slowed her down, she knitted hundreds of hats for military personnel while watching the Mariners, the Seahawks, or any college basketball game.

Memorials for Elinor may be made to the Panorama Benevolent Fund, 1751 Circle Lane SE, Lacey, WA 98503.

To send flowers to the family or plant a tree in memory of Elinor Rutherford, please visit Tribute Store

Share Your Memory of
Elinor
Upload Your Memory View All Memories
Be the first to upload a memory!
Share A Memory
Send Flowers