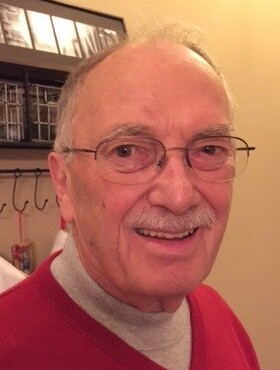 Jim died at home, surrounded by love, on June 2, 2022.  He was born in Decatur, Illinois, to Richard “Dick” Bosworth and Louise (Tong) Bosworth, the second of two boys.

Jim spent his early years in Bloomington, Illinois, and graduated from Illinois State University, after serving in the U.S. Army.  He was an Eagle Scout at age 13 and spent his life being of service.

He was a lifelong member of the Episcopal Church and spent many years in various capacities from Acolyte as a youth to Treasurer and Jr. Warden.  Jim was employed by State Farm Insurance for 48 years.  He often said he started at the bottom and worked his way up, starting in the basement of the company in Bloomington working in the storage files.  During his time with State Farm, Jim lived in Illinois, Ohio, Virginia, Oregon and Washington.  Some states more than once.  When he retired, he had been Division Manager of the Northwest Region covering Alaska, Hawaii, Washington, Idaho and Montana, spending time in each state.  He was a consultant for the Insurance Guaranty Association for those five states and President of the Washington Insurance Council.   Jim loved working with youth and was an instructor and advisor for Business Week, Exploring Business, and on the Board of Junior Achievement.   He was a member of West Olympia Rotary and a Paul Harris Fellow, and a member of Olympia Golf and Country Club where he shot a hole-in-one on hole #2.

Jim married Marilyn Green in Bloomington in 1953 and has two sons, Michael (Betsy) of Texas, and William of Salem, Oregon; four grandchildren; and ten great grandchildren.

After retirement, Jim enjoyed playing golf, bridge with friends, putting together 1,000-piece jigsaw puzzles, spending time in Port Townsend on the beach with his dog, and being at home after years of travel.  He especially enjoyed his daily trip to his and Beverly’s property on Eld Inlet with Ziva, their faithful Doberman.  He looked forward to daily lunch-outs and talking to friends.  Jim’s greatest joy was spending time with and talking to his children, grandchildren, and great-grandchildren, and he was so proud of all of them.

Jim is preceded in death by his parents; brother, John; and daughter, Susan.

To send flowers to the family or plant a tree in memory of James Bosworth, please visit Tribute Store