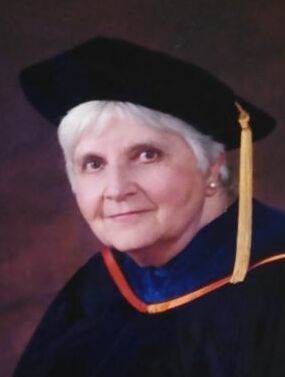 Sylvia Twomey passed away on May 31, 2022, three days after celebrating her 87th birthday. She was a force of nature, a woman of formidable strength with passionate convictions and a searching mind. We already miss her.

Sylvia was born in Chicago, Illinois, in 1935 and spent her first years in an orphanage before being taken to Louisville, Kentucky, where she was raised by her grandmother, Mattie Lee Marshall. She attended duPont Manual High School, graduating in 1953. A talented visual artist, Sylvia was offered a scholarship to the School of the Art Institute of Chicago but chose, instead, to attend UCLA. There, she met and married Arthur Mason and they had four children. Sylvia and Art divorced and she returned to complete her education at UCLA, where she received a BA in History (1967) and a Master’s degree in Art History (1978). While at UCLA, she reestablished her friendship with Robert A. Greene, who was her life partner until his death in 2005.

It was while working to support her family and put herself through college that Sylvia mastered Computer Systems Design and joined a generation of women who helped jumpstart the computer industry in the 1960s and ‘70s. She left the business world in the late ‘70s to teach Data Programming and Computer Systems at Cal Poly Pomona; at the University of the Virgin Islands in St. Thomas; and at Clatsop Community College in Astoria, Oregon. In Astoria, Sylvia also bought a lovely old Victorian home and purchased a used bookstore that she named Books, Etc., which she loved because she could surround herself with her favorite things—books!  But Sylvia never lost her interest in the terrific capabilities of computer systems, so she returned to college late in life to study the intersection of computer and human learning. She received her Ph.D. in Education from Oregon State in 2000, at the age of 65, and worked as PTE Program Coordinator for the OSU School of Education until her retirement in 2005.

Sylvia had a great many interests and talents that took her well beyond her work. As a young woman, she was a painter, a clothing designer, and a talented seamstress who remembered making her own maternity clothes and later taught her daughters to sew. She loved the natural world and had a keen appreciation of the indigenous art and culture of the Pacific Northwest. She was a voracious reader (non-fiction and mysteries of all sorts) and avid film watcher (science fiction above all else). She was an eager traveler who often took her children and grandchildren with her as she visited places in the U.S., Canada, Mexico, the Caribbean, and Europe. Even in her final years, she longed to hit the road, nourishing a restlessness and curiosity that she bequeathed to her children. Above all, because Sylvia grew up as the only child in her grandmother’s house, she was determined to have a large family. She remained deeply attached to her children, her younger sister, Francy, and a sizeable flock of grandchildren, great-grandchildren, and nieces throughout her life.

Although Sylvia suffered from normal pressure hydrocephalus in later years, which made walking and talking difficult, her condition seemed to improve her sense of humor. She became adept at expressing herself visually and was known by her caregivers for wit that was often non-verbal. For the past dozen years, Sylvia lived at the Panorama Nursing Home in Lacey, Washington, where she was cared for with great consideration and empathy.

Sylvia is survived by her children, Cheryl Brown, Laura Mason, Greg Mason, and Wendy Stella; 12 grandchildren, and 8 great-grandchildren; her nieces, Denise Sitler and Robin Oden; and her brother, Ford Cirni. Her sister, Francy Oden, died in 1987.

Sylvia’s family will organize a memorial service for her in the late summer or fall of 2022. If you would like to attend or want to send memories that we may share with those present, email Cheryl Brown (mamabrownhouser@gmail.com) or Laura Mason (lmason@jhu.edu)

Share Your Memory of
Sylvia
Upload Your Memory View All Memories
Be the first to upload a memory!
Share A Memory