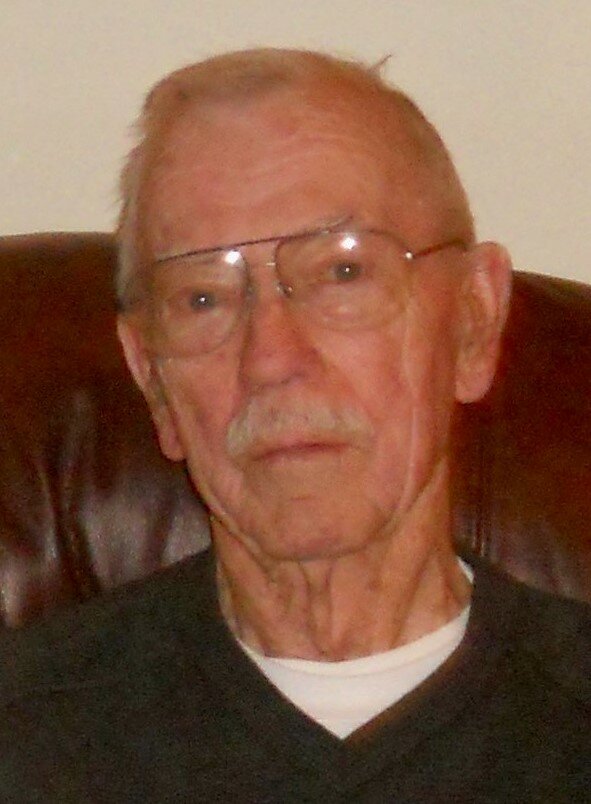 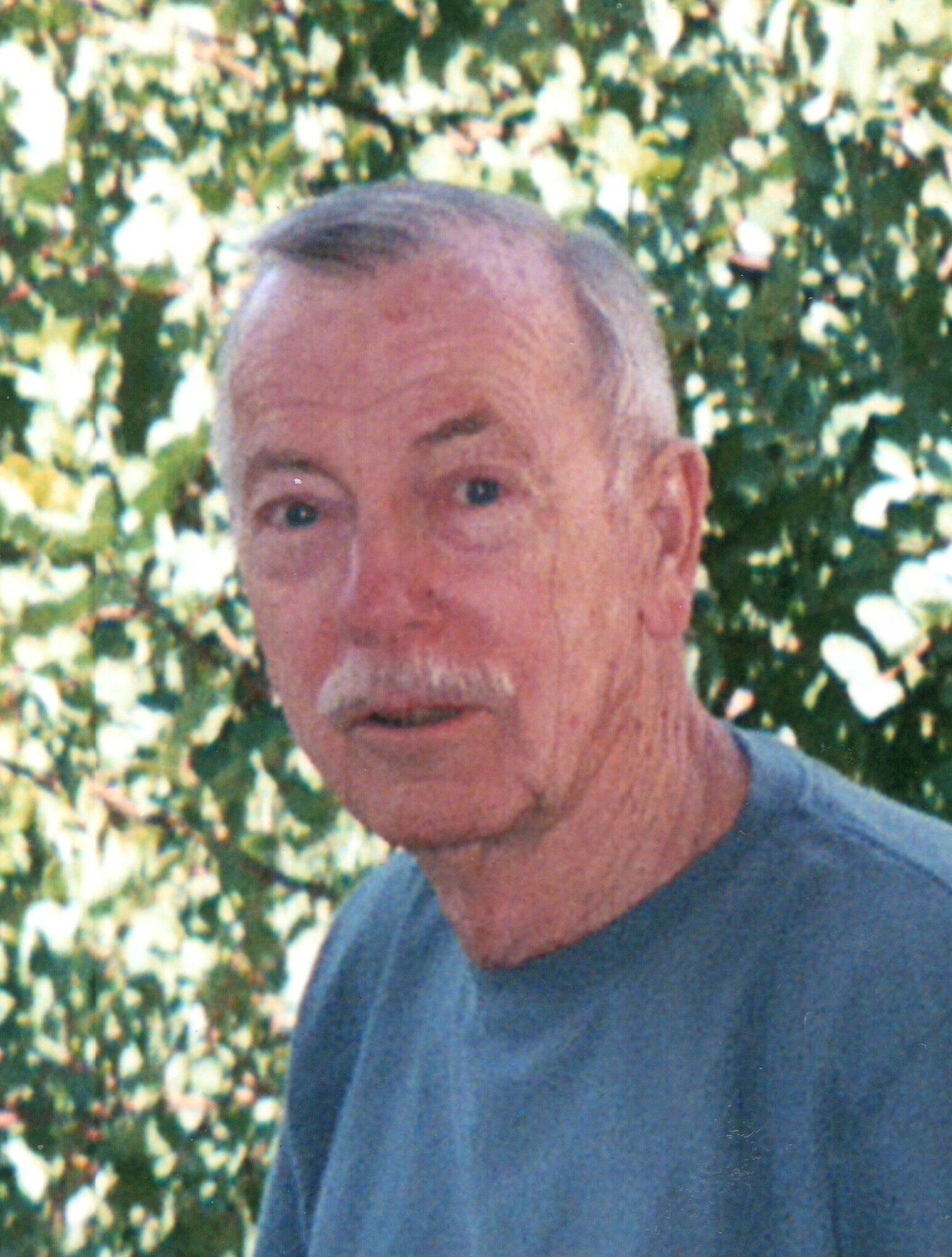 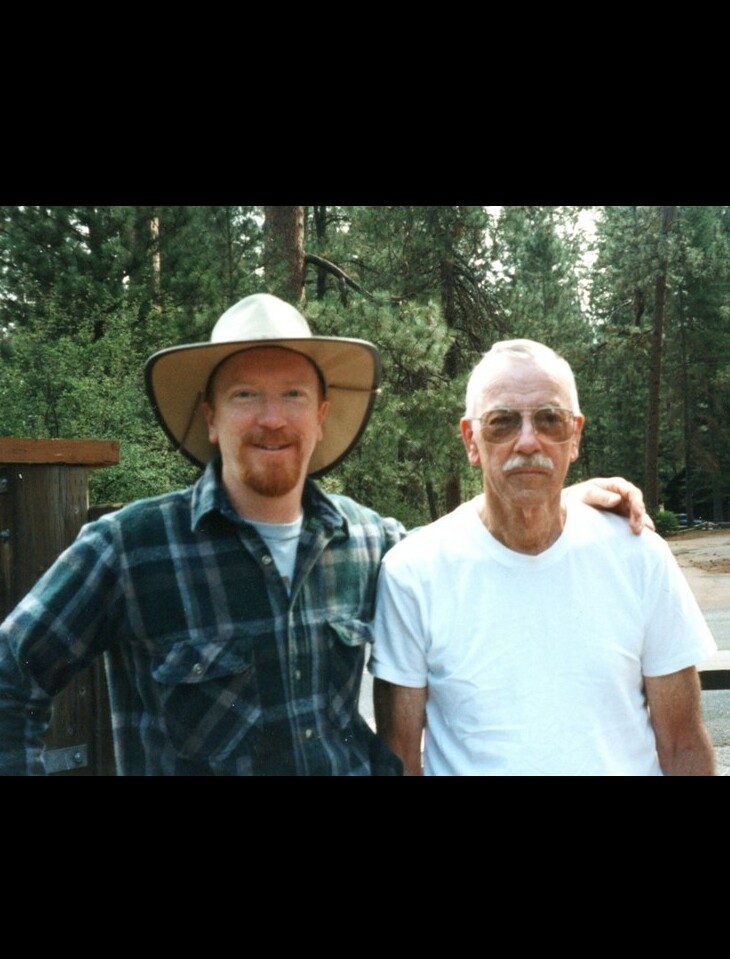 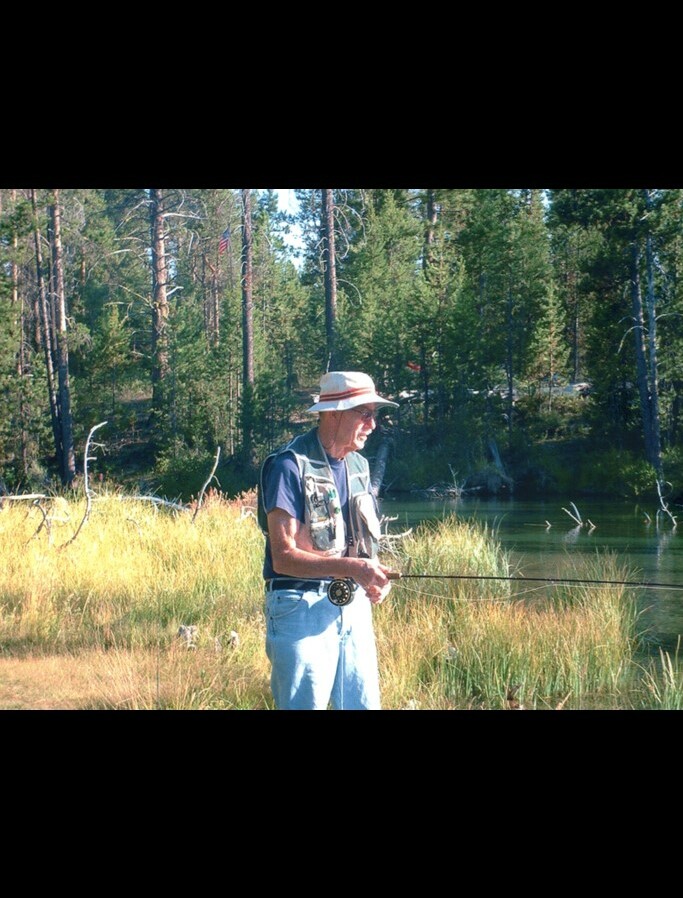 “As the sun sinks lower into the horizon, the old fisherman picks up his gear and heads for
home. Walking along the river, he ponders the memories of the day’s catch and makes plans for another great fishing day tomorrow.”

The Skykomish River and its tributaries were a favorite destination for Bill, his brother Ed, family, and friends. These many recreation trips in his early years spawned a lifelong love of fishing and the outdoors.

Bill graduated from Lincoln High School (Seattle’s Wallingford area) and then joined the Navy at the end of 1944. He was a radar man on the Patrol Gunboat PGM-19, where he spent most of his time in the South Pacific, The Philippines, and Guam. After returning home from WWII, Bill earned a Bachelor of Science Degree at the University of Washington and became a biologist for the Washington State Department of Fisheries.

He married Marguerite Lee in 1949 and began a family in Seattle and had three children. In 1964, the family moved to Olympia, where he owned a house on Hewitt Lake. Bill was divorced in 1979, retired from the Dept. of Fisheries in 1982, and soon bought a boat to pursue his passion for fishing.

In 1983, he married Sandy Parsons and, in 1984, they built a new custom home in Olympia. He and Sandy took many trips together, including to Hawaii, where they were married. Some of their favorite adventures were fishing, camping, hiking, backpacking, biking, cross-country skiing, flying stunt kites at the ocean, and RV trips. They purchased a cabin on the Deschutes River near Mt. Bachelor, Oregon, where they continued to fish the many high lakes and rivers, as well as biking on the many trails, and cross-country skiing in the winter. Bill’s favorite fishing destination was the Metolius River on the east slopes of the cascades in Central Oregon. For many years he returned to the Metolius for weeks, or months, at a time during the fall “hatch.” Bill and Sandy still found time for travel getaways visiting Palm Springs for a few weeks in the winters, fall foliage trips to the East Coast, including Nova Scotia, Hawaii’s many islands, and cruised Alaska.

Bill was a humble man who helped others and never wanted to draw attention to his own accomplishments. He loved to tell interesting and humorous stories to family and friends.

A Celebration of Life gathering will be held Friday, July 8, 2022, 11:30 a.m. at South Sound Manor, 455 North St. SE, Tumwater, WA 98501. Sandy and the rest of his family would like you to join them as they celebrate the stories of his life, and release him to new rivers. Please come, have a bite to eat, and share your memories of Bill Rees.

In lieu of flowers, please consider making a monetary donation, in his name, to The University of Washington.

To send flowers to the family or plant a tree in memory of Bill Rees, please visit Tribute Store

Share Your Memory of
Bill
Upload Your Memory View All Memories
Be the first to upload a memory!
Share A Memory
Send Flowers