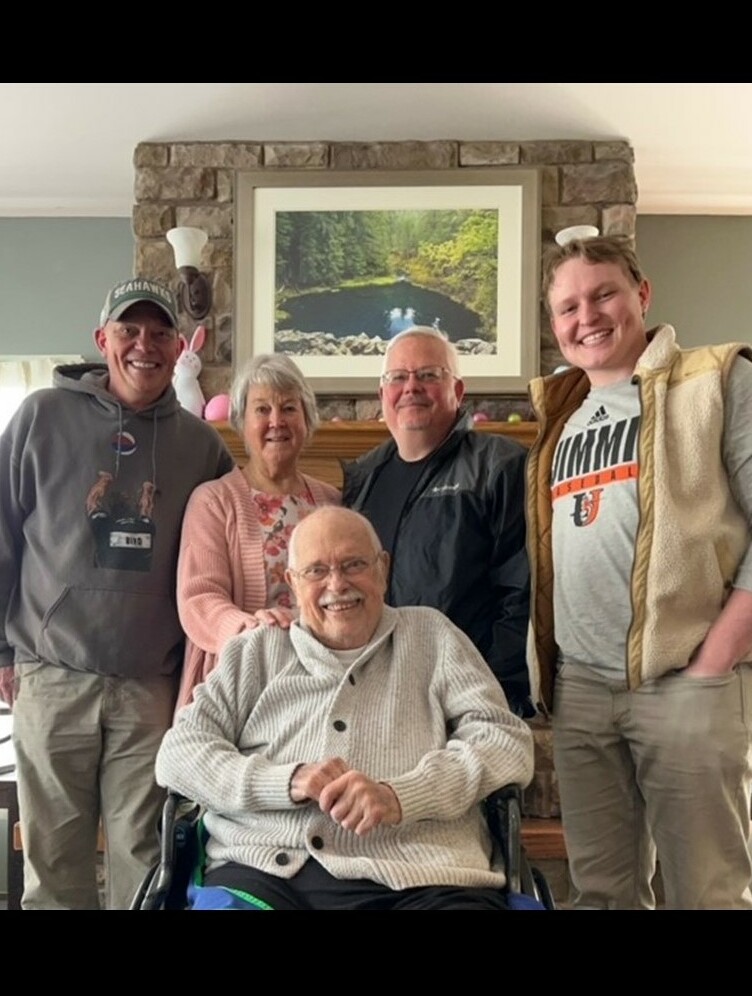 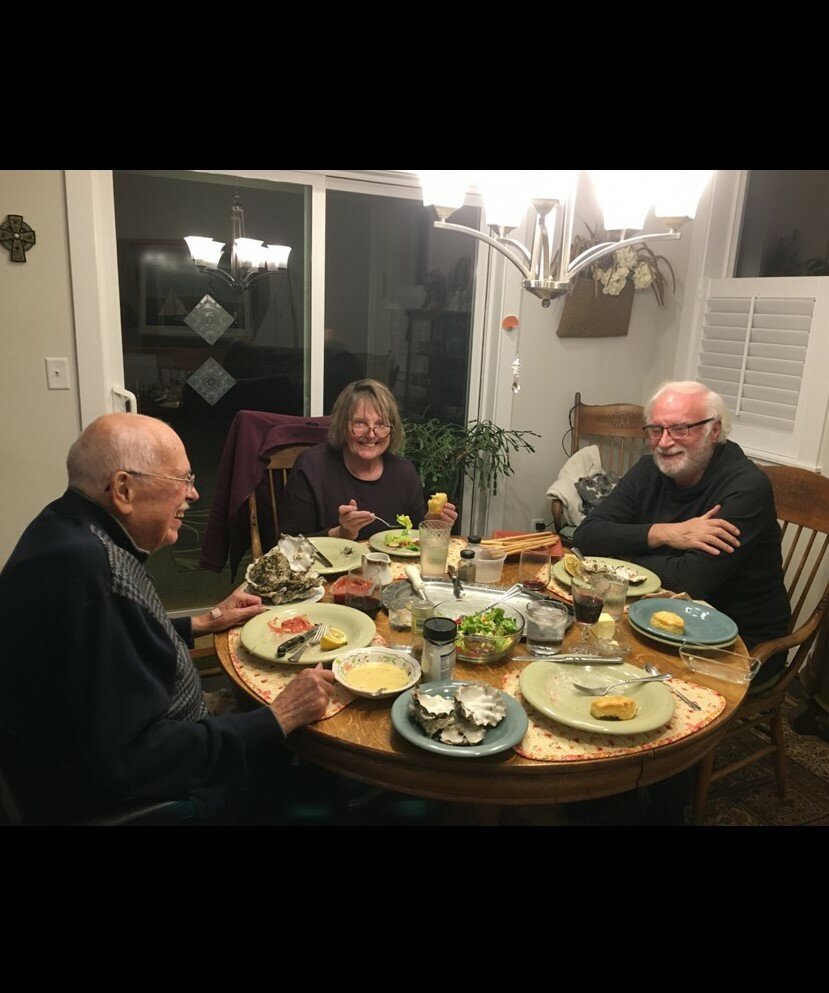 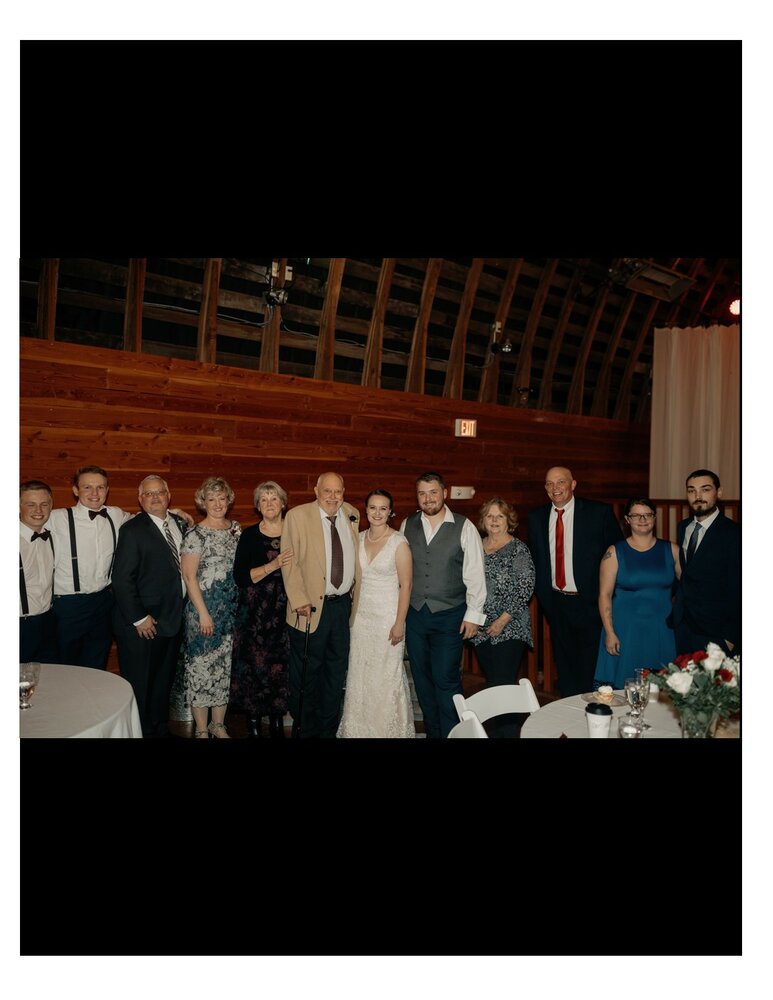 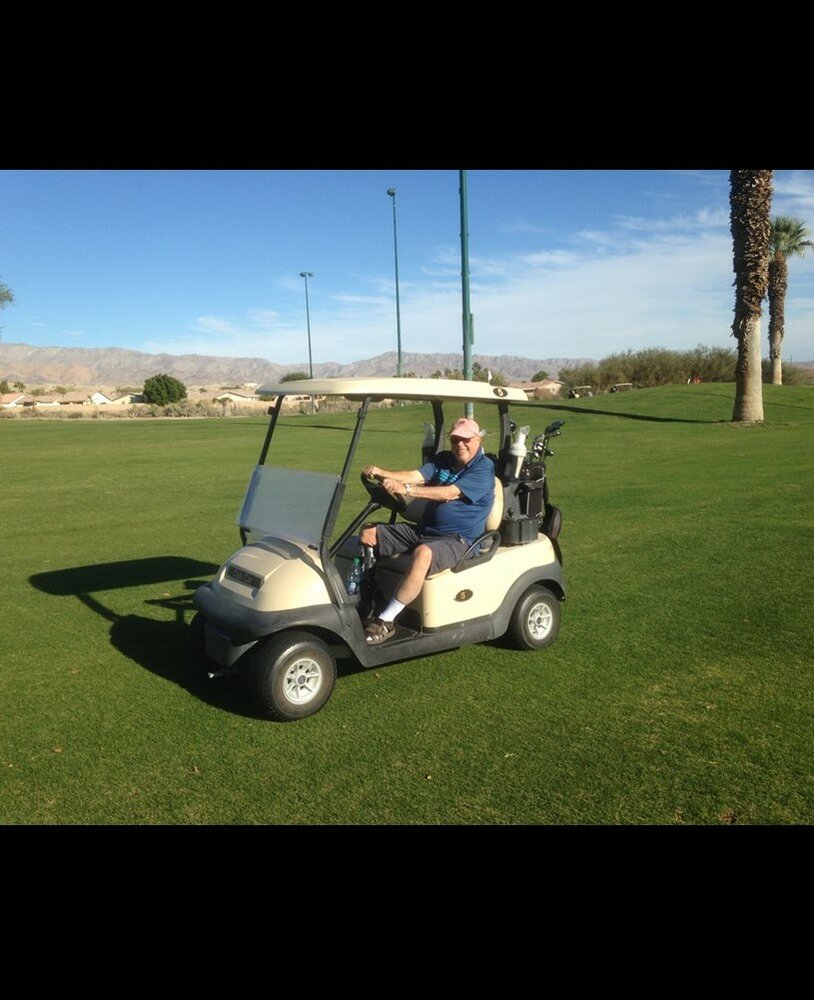 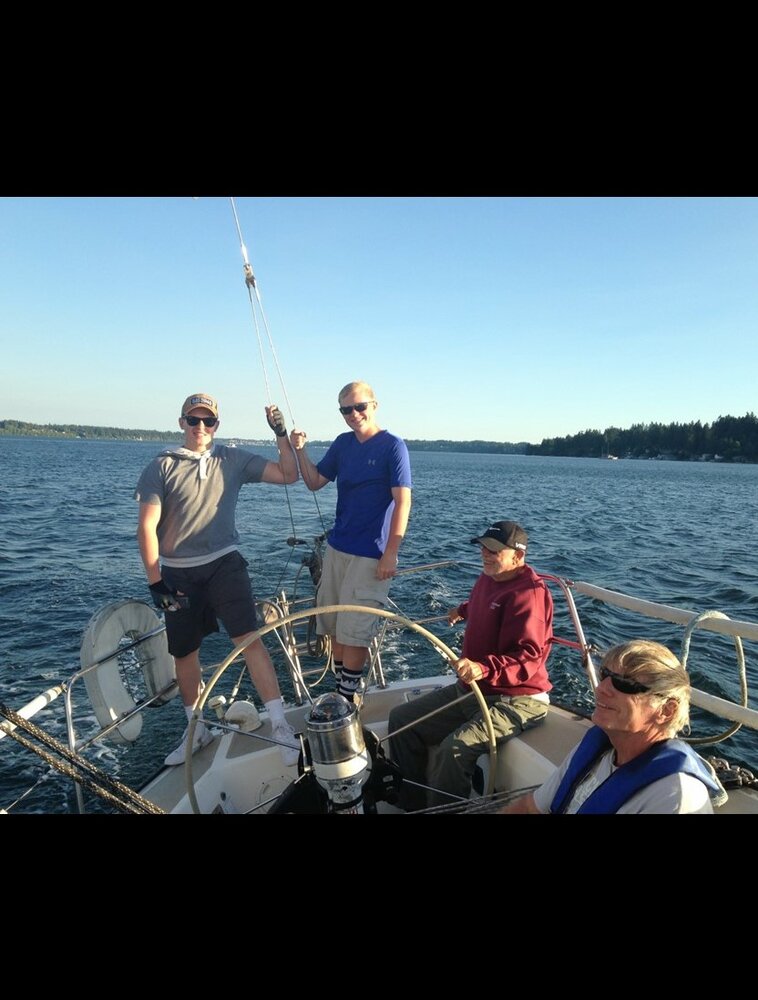 Our family lost its cornerstone when Gary passed into heaven on April 21, 2022.  He was a man of strong convictions but tenderhearted toward his family and friends.  Gary was born in Everett, Washington, to Carl and Blanche Pedigo.  He had two siblings, Rhonda Pedigo Alberts and the late Everett Pedigo.

Gary went to Everett High School and worked his way through the University of Washington.  He began his career in finance, working in numerous banks in Washington and Alaska.  In Alaska, he lived through the earthquake and was honored by the Bank of Alaska for his efforts with the recovery.

He married Bette Hartjoy, and their first son, Stephen, was born there.  Unfortunately, they had to return to Washington to get Stevie the medical attention he needed for leukemia.  Stevie died after a three-year struggle.  David and Marc were born in Everett, and the family moved to Olympia, where Gary worked at Tumwater State Bank and later Dean Securities and Morgan Stanley.

In Olympia, the family was involved in sports activities and public service organizations.  Another tragic death occurred when Gary and the boys lost Bette to breast cancer.  In 1982, Gary married Carol Bottiger and they raised David, Marc and Carol’s son, Robert.  The family was blessed with four wonderful grandchildren, Melanie (Olson), Benjamin, and Adam (David and Stephanie (Nelson)’s three children, and Deven (Rob’s son). Gary was ever present at their sporting and musical events, and also committed to the tutoring program for middle school students at Good Shepherd Lutheran Church.  He was so proud of the kids’ success.

Gary loved sailing.  He was heavily involved in the South Sound Sailing Society and the Olympia Yacht Club.  He had a very successful race record, participating in races all over the Salish Sea.  Trips to Canada on the boats were some of his favorite memories.  Gary also loved a good golf game, in person or on TV, and he seldom missed a Mariners game.

We thank the medical people who did so much to help Gary live 84 years.  He had many illnesses over the years but fought bravely through them.  We cherish his memory.

Gary’s memorial service will be Saturday, May 28, 2022, 2:00 p.m. at Gloria Dei Lutheran Church 1515 Harrison Ave. West in Olympia.  A reception will follow at the Olympia Yacht Club.

Memorial donations may be made to Seattle Children’s Hospital.

To send flowers to the family or plant a tree in memory of Gary Pedigo, please visit Tribute Store