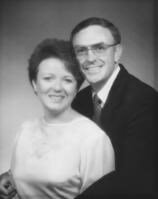 Mary Lou Neff was born to Leo and Mary Darby on November 26, 1955, in Mount Vernon, Washington.  She passed away February 12, 2022, after a four-and-a-half-year battle with pancreatic cancer.

Mary attended her first 12 years of education in her hometown of La Conner,Washington, graduating from La Conner High School with honors. Her education continued at Yakima Valley Community College for two years, again graduating with honors in Law Enforcement Documents.

In 1981, Mary moved to Olympia and began employment with the Washington State Patrol as a Fingerprint Technician. She was promoted in 1983 to Fingerprint Supervisor. In 2006, she retired as a Division Commander after serving the Patrol for 29 years.

Mary's passion for music spanned 45 years of singing, performing, and directing two Sweet Adelines choruses, Olympia and Kitsap Pines. Her love for all the participants and many quartets she sang in was endless and will always be remembered.

To send flowers to the family or plant a tree in memory of Mary Neff, please visit Tribute Store