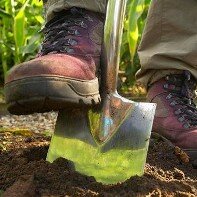 Moritz Hugo Robert “Morry” Karsunky, 84, passed away Wednesday, January 12, 2022, in Centralia, Wash.  He was born January 19, 1937 to Alexander and Delia (Johnson) Karsunky in Tacoma, Wash., and was the youngest of five children.

Morry went to school in Rainier, Wash.  As a young man, he was mentored by his brother-in-law, Doug Cameron, to become an auto mechanic, something he was quite good at; he became known as a carburetor man.  He loved working on cars, making it his lifetime career.  He was also known for his love of singing, and always had a joke to share.

He was preceded in death by his father; mother; brothers, Bob and Alex; and sister, Thekie.  He is survived by his daughters, Andrea (Kenny) Kellems of Yelm, and Deanna (Allen) Everson of Olympia; his sister, Nita (Dillard) Jensen of Yelm; as well as many grandchildren, great-grandchildren, nieces and nephews.

To send flowers to the family or plant a tree in memory of Moritz Karsunky, please visit Tribute Store

Share Your Memory of
Moritz
Upload Your Memory View All Memories
Be the first to upload a memory!
Share A Memory
Send Flowers