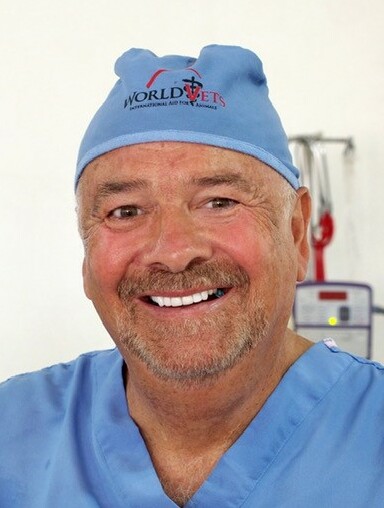 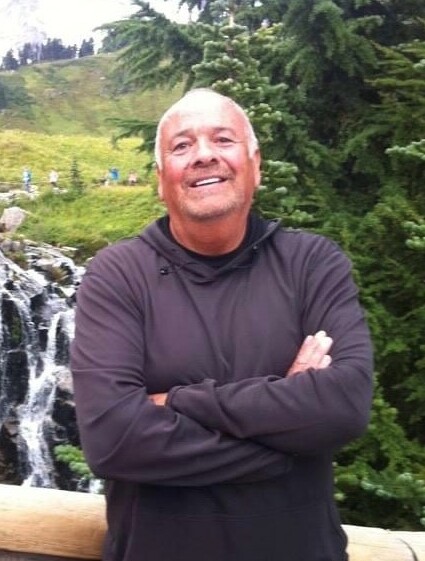 Doctor Jerry William Brown, 73, a beloved veterinarian, father, brother, grandfather, uncle and amazing friend to all, passed away on Saturday, February 26, 2022, at Providence St. Peter Hospital in Olympia, Washington.  Jerry was born on March 8, 1948, in Tacoma, Washington, to Malcolm “Mack” Brown and Juanita Brown.  He married Neo Edwards in December of 1971; Neo preceded Jerry in death in November of 2003.  Jerry and Neo had two sons, Baby Andrew (deceased) and Justin (Nanna) of Maui, Hawaii; and a daughter, Jessica (Manny) of Yelm, Washington.  Jerry was a proud grandfather (“Pop”) to three grandchildren, Grayson, Kaia, and Neona.  He was a loving brother to his sister, Judy Schelble (Tim) of Yelm; and a caring and fun-loving uncle to his niece, Brandi.

Jerry attended Yelm Community Schools for 12 years.  He was a top student, played a sweet euphonium in the band, was elected to numerous student offices, and was a talented multi-sport athlete.  After graduating from Yelm High School (on Tornados!) in 1966, Jerry attended Skagit Valley Junior College, where he continued to earn top grades and was awarded four athletic letters (basketball and tennis…yea Cardinals!).  Jerry transferred to Central Washington College for the next two years and graduated with a BS in Biology.  He then enrolled at Washington State University, where he was accepted into the School of Veterinary Medicine, and four years later was awarded his Doctor of Veterinary Medicine, (cum laude) class of 1979 (go Cougs!).

Other than a year working at the Centralia Power Plant, Jerry spent all of his employed years working as a veterinarian in the Yelm/McKenna area, first with Crate Veterinary in Spanaway and shortly thereafter with Dr. Don Henricksen at Yelm Veterinary Hospital. Jerry eventually became a partner in the rapidly growing business.  Doctor Brown was an exceptionally skilled surgeon and was still working two days a week at Yelm Veterinary Hospital two weeks prior to his death.

Jerry believed it was important to be of service and to give back to the community; in that regard, he somehow found time to use his talents as a leader, communicator, mentor, and role model to be a lead Field Service Veterinarian for World Vets for the past 14 years.  He led programs worldwide and brought positivity and kindness everywhere he went.  He worked with Wolf Haven for over 40 years, 15 of which he conducted classes for biologists, game wardens and other veterinarians on wolf rehabilitation and wildlife handling.  He volunteered for RAVS (Rural Area Veterinary Services), providing wellness clinics for isolated communities.  Jerry was a Washington State Licensed wildlife rehabilitator since the 1990s and was selected for a Wildlife Rehabilitator Fellowship in 2018.  In the mid to late ‘90s, Jerry even found time to step onto the hardwoods and help coach the Yelm High School girls basketball team. He was head coach for three seasons.

If Jerry were with us now, he would advise us: “family first,” “be of service and give back,” “have fun, you can’t beat fun.”  Jerry’s family hopes you will remember him as a family man, friend, artist, veterinarian, gardener, prankster and a truly exceptional human being who leaves behind a profound legacy.

The family gives a special thanks to the doctors and nurses in the St. Peter ICU. Their care, skills, and compassion were extraordinary!

A public celebration of Jerry’s life will be held in June of 2022.  Announcements listing the time and place will be posted on social media, Funeral Alternatives, and the Nisqually Valley News.

In lieu of flowers, please donate to any of the following in memory of Doctor Jerry W. Brown: World Vets, Washington State University College of Veterinary Medicine scholarship fund, and Wolf Haven.

To send flowers to the family or plant a tree in memory of Jerry Brown, please visit Tribute Store