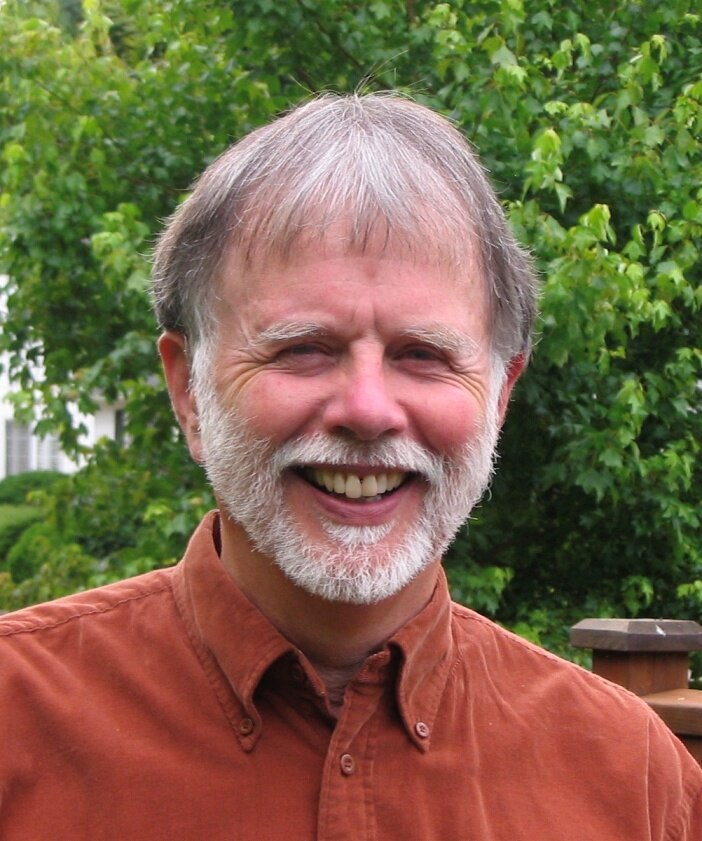 Dr. Thomas H. Foote, Jr. passed away February 14, 2022, at his home surrounded by family and friends.  He was born in Ipswich, Massachusetts in 1937.  He grew up in this historic and picturesque New England town in the war years, when his father, the town doctor, was away in the Pacific theater, and his mother, who normally was a pillar for socializing and entertaining, had two young sons to raise with the help of her brother, Tom’s Uncle Pete Cella.

Tom attended high school at St. John’s Preparatory Academy in nearby Danvers, Massachusetts.  From his early boyhood years in Ipswich and in lifelong company with grade school chum Will Wallace (currently residing in Sandwich Massachusetts), he took up residence in the Pacific Northwest in the late 1960s.  He brought with him a small town New England outlook, enrichment from many adventures as a naval officer on a U.S. Navy wooden minesweeper (USS Assurance 1962), a banjo player with bluegrass musical groups, advanced degrees in education, a punster’s sense of humor, and a gregarious congenial nature that drew many new friends wherever he went.

Tom studied for and earned a PhD degree in Education (Thesis title: “An Experimental Analysis of Two Methods of College Instruction”) at Oregon State University in 1970.  He joined the faculty of The Evergreen State College in 1972 in the early years of Evergreen’s existence.   He had an impact on establishing the new college’s character, philosophy, and teaching style.

Always willing to try new experiences, he flew single-engine tail dragger aircraft, including a Citabria stunt airplane, took up falconry and over-wintered two immature red-tailed hawks.  He collected and drove Saab automobiles, rode BMW motorcycles and hosted radio shows of his own invention on TESC station KAOS 89.3 for some 30 years (“American Anecdotes” and “Bird Talk”).  He hosted visiting friends at his family’s shared cabin on Lopez Island, and became a well-known downtown character “down the hill” from his West Olympia home.

During his time in Olympia, Tom met and married the love of his life, Debra Janison, with whom he shared everything thereafter.  He and Debra became the late-in-life parents of son, Michael, and daughter, Molly, who are both now young adults in their early 20s.

Tom’s special legacy to Olympia, Evergreen, and our Northwest region-at-large was his insightful early recognition that America’s music – bluegrass, old-timey, gospel, country and western – was a valid and legitimate art form in its own right and worthy of study at the college level.  He sought out, recorded, played along and traded stories with legendary musicians and novices alike.  He created many opportunities for Evergreen students to sit down with the masters, play music with them, ask them questions and hear their stories.

A funeral Mass will be celebrated on Thursday, March 10, 202, at St. Leo Catholic Church in Tacoma, Washington.  Burial of ashes will be at Masonic Memorial Park in Tumwater, Washington, at 11 a.m. on Friday, March 11, 2022.

The family suggests that, in lieu of flowers, donations be made in Tom’s memory to the Providence Foundation, The Evergreen State College Foundation, Olympia Mutual Aid Partners, or to any charity that honors your memory of him.

To send flowers to the family or plant a tree in memory of Tom Foote, please visit Tribute Store

Share Your Memory of
Tom
Upload Your Memory View All Memories
Be the first to upload a memory!
Share A Memory
Send Flowers