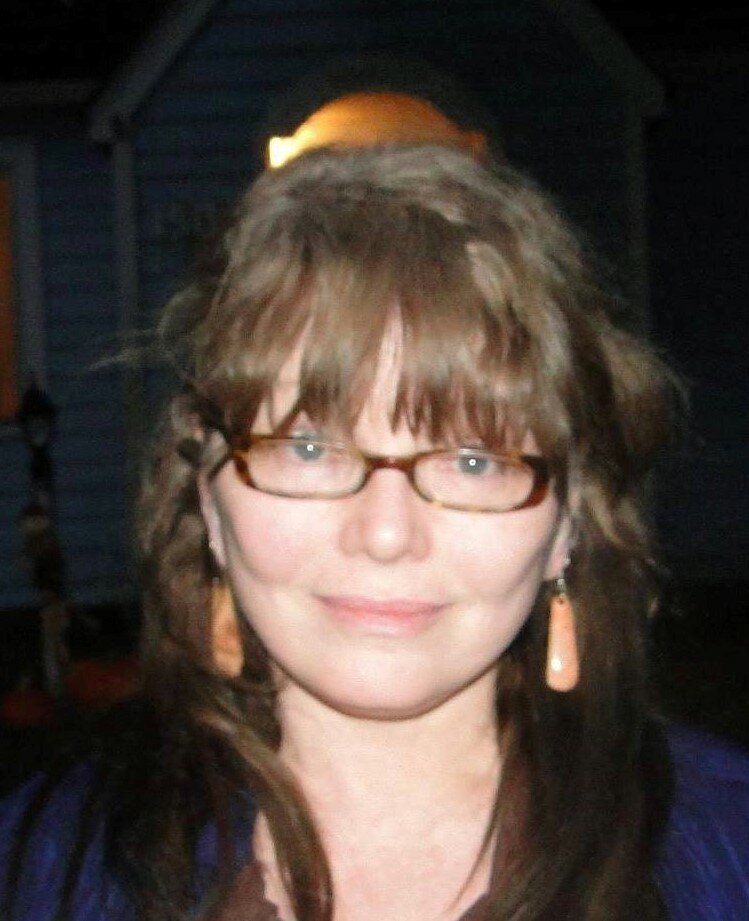 Laura Diane Hoeman, 69, passed away from acute respiratory distress syndrome (ARDS) at Providence St. Peter Hospital in Olympia, Washington, on January 19, 2022. Earlier in the same day at the same hospital, her mother, Gloria Ann Boysen, 92, also passed away from unrelated causes. Laura was hospitalized on December 28, 2021, due to severe shortness of breath from COVID-19, and never recovered, despite excellent medical care and the fervent hopes and prayers of family and friends.

Laura was born on July 20, 1952, in San Diego, California, to Robert Hardy Boysen and Gloria Ann Boysen, and lived most of her life in Olympia. After graduating from Olympia High School, she attended the University of Washington, where she earned a bachelor’s degree in psychology. Laura met her husband, James Christopher “Kit” Hoeman, in a psychology class where they were lab partners. They married on July 6, 1974. Later, they joked about nicknaming their first-born child “lab rat A” in honor of the way they met. Their marriage lasted for 24 years, until Kit passed away at home after a long battle with lung cancer.

Laura was also preceded in death by her father, Robert, and her brother, Stanley. Furthermore, she developed a deep connection with family friend, John Tobin, whose unexpected demise in 2021 she mourned before her own passing. Laura is survived by her sister, Jane Boysen (Terry Franklin); daughter, Heidi Iwashita; sons, Greg Hoeman and Vinny Todd Butafuoco; niece, Elizabeth Franklin; uncle, Richard Gregg (Twila); cousins, William Gregg (Sheryl) and Michael Gregg (Denise); grandson, Jasper Iwashta; and twin children by third-party guardianship, Brayden and Cainin Herron, who originally came into her life at age three as step-grandchildren, whom she loved and cared for as her own.

Laura adopted many adorable kittens who became beloved cat companions over the years, and was also survived at the time of her passing by her Golden Labrador Retriever, Molly, and two cats, Scarlett and Anna.

After marriage and birth of daughter Heidi on December 23, 1974, Laura went on to become a registered nurse (RN), and later worked as a labor and delivery nurse at Centralia General Hospital. She and her husband Kit joyously welcomed their older son, Gregory Benjamin Hoeman, in 1981, and younger son, Jeffery David Hoeman, in 1985. After the whole family enjoyed reading the C.S. Lewis fantasy series The Chronicles of Narnia, Gregory acquired his long-lasting nickname of “Digory” or “Diggy,” after the protagonist of The Magician’s Nephew. With the catchphrase “a loved child has many names,” Laura also gave fanciful nicknames to her infant son, Jeffery, who changed his name to “Vinny Todd Buttafuoco” in adulthood.

While her boys were young, Laura prioritized staying home with them, then worked from home, fielding calls for home health services. In her early 40s, she returned to school, earning a Master’s in Counseling degree from St. Martin’s University in 1996, and a Master of Science in Nursing degree from the University of Washington School of Nursing in 2000. In 2002, she earned her ARNP ANCC-Certification as a Psychiatric Mental Health Nurse Practitioner (PMHNP).

Laura’s rewarding career as a psychiatric nurse practitioner spanned many years and multiple settings, including Behavioral Health Resources, Stafford Creek Corrections Center, and Western State Hospital. Until her final illness made her too sick to continue, Laura tirelessly provided psychiatric services via telehealth for Telecare. She enjoyed working from home, and expressed appreciation that the pandemic had normalized it.

Laura is remembered widely for her contributions to the mental health community. The announcement of her passing on Facebook was met with an outpouring of condolences and praise. Her colleague and friend Christina Garcia expressed what it was like working with Laura when she said, “She had a way of making people feel comfortable because she was so real. She didn’t judge, she just cared.” She further recalled, “I remember the stressful moments in the unit, sitting and strategizing and sharing thoughts – she was very logical and open to ideas – she never seemed to get overly stressed – she had a calmness about her that always grounded me.”

A prolific and creative writer, Laura wrote several columns on counseling-related topics which were published in The Olympian in the 1990s. From 1977 through the 1980s, she wrote, revised, and edited two semi-autobiographical young adult novels, A Sense of Belonging and Acting Like it Matters, on her manual typewriter. Other written works include poetry, diaries, a novel inspired by her work in healthcare settings, and countless other creative projects she shared with her children, including hand-drawn picture books and longer fiction stories inspired by her children’s lives and interests.

Laura’s creativity was accompanied by a whimsical sense of humor. Her children recall her amusing neologisms to describe everyday yet novel concepts, such as “dupfrup,” a verb based on the acronym for “Discussing Unsolvable Problems For Recreational Purposes,” “funhog,” a positive term for a person who is open to fun experiences, and “mowie,” an adjective describing the mannerisms and cuteness of a sleepy baby. Many who spent time around her fondly recall the sound of her frequent laughter, and her refusal to take life too seriously.

Ambitious and determined, Laura did not give up easily. Believing that Olympia should make more effort to preserve historic buildings, Laura campaigned to save the old building of Garfield Elementary School in 1988. Concerned about proposed changes to Olympia that she feared would impact residents’ quality of life, she also ran for Olympia City Council in 1989. She faced obstacles and threats with fearless conviction, and never shied away from a challenge.

Laura loved the richly colored landscapes of autumn and the snowy beauty of winter. Honoring her partially Danish ancestry, she embraced “hygge,” the ideal of creating a warm, cozy atmosphere to enjoy time with loved ones. She never outgrew her excitement at the sight of snow falling, even installing an app on her phone to see where in the world it was currently snowing. Each holiday season, she urged family members to join her in tracking Santa Claus’ progress from the North Pole. Unusual among parents, she firmly maintained that people were never too old to believe in Santa Claus and “Christmas magic.” She loved taking her family on drives to see the Christmas lights each year, and enjoyed surprising her loved ones with generous gifts on Christmas morning. Therefore, her children found it bittersweet yet oddly fitting that her last Christmas in Olympia was exceptionally snowy. Like the familiar carol, she was always dreaming of a white Christmas.

An avid reader, Laura’s love of books was sparked in childhood by reading “A Dog on Barkham Street.” Her favorite novel was “Arrowsmith” by Sinclair Lewis. Other favorite authors included F. Scott Fitzgerald, C.S. Lewis, Lucy Maude Montgomery, Catherine Marshall, Scott Turow, Robin Cook, James Mitchner, Susan Howatch, and Tom Wolfe. Classics she loved included To Kill a Mockingbird, The Catcher in the Rye, and The Brothers Karamazov. Laura also found solace throughout her life in reading and re-reading her well-worn Bible, which was found at her bedside after her final illness. Non-fiction she enjoyed included political biographies, as well as books on medicine, counseling, spirituality, and health. She enjoyed discussing weighty matters, such as religion, politics, ethics, and history. An opinionated Christian and political conservative, she followed and discussed current events with great interest, and kept active social media profiles on Facebook, Twitter, and Pinterest.

Laura prided herself on being a free thinker who was not afraid to challenge accepted views. In 1996, she reflected in her diary, “I’ve raised three children, and all of them can think for themselves.” Her willingness to question authority and take unconventional positions on contemporary issues led to vaccine skepticism in recent years. Still youthful in appearance and free of major health issues, Laura might well have survived COVID-19 were it not for this unfortunate stance. Before her illness required hospitalization, she reconsidered her position, promising her daughter she would go ahead and get the vaccine once she recovered. In one of her final social media posts on December 24, 2021, she tweeted: “For what it’s worth, I was very much against the vax, didn’t get it, and got Covid. It’s bad. Ruined Christmas. Just for what it’s worth.”

Family members and a few close friends honored Laura’s life with a memorial zoom on February 11, 2022, and family gathered again in person on February 20, 2022, for a small inurnment ceremony. Mourners who would still like a chance to pay final respects may visit her final resting place in the memorial garden of Gloria Dei Lutheran Church, give a donation in her name to Feline Friends of Olympia, or post a message on her Facebook wall. Though she may not have fully realized how loved and appreciated she was in life, she will be so deeply missed that a playlist of her favorite songs has been set up posthumously on Spotify so that others may enjoy the soundtrack of her life, and rosebushes were planted in her memory at the property she would have inherited from her own mother.

In the words of her older son Diggy, “Always a polarizing figure, Laura leaves behind a stew of feelings but most who knew her cannot help but deeply mourn her passing. In the final accounting of a person’s life, there are words, deeds, and achievements by which we will all be judged. Our mother was a keen reader, a proudly principled American, and a freely giving heart. In her absence, we will remember the times she was there for us.”

To send flowers to the family or plant a tree in memory of Laura Hoeman, please visit Tribute Store