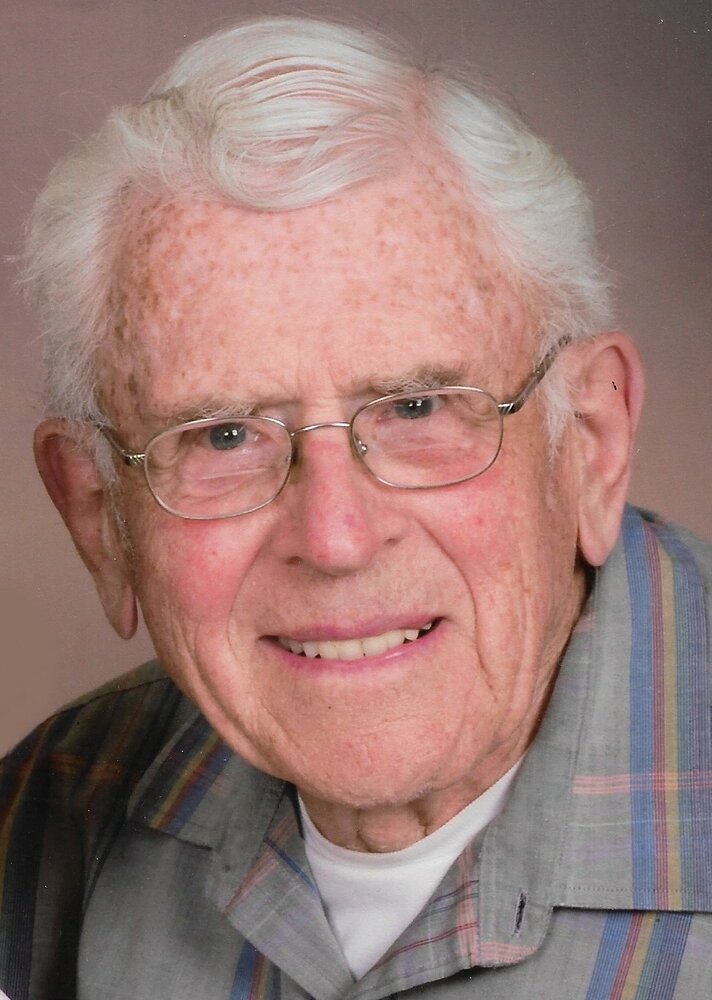 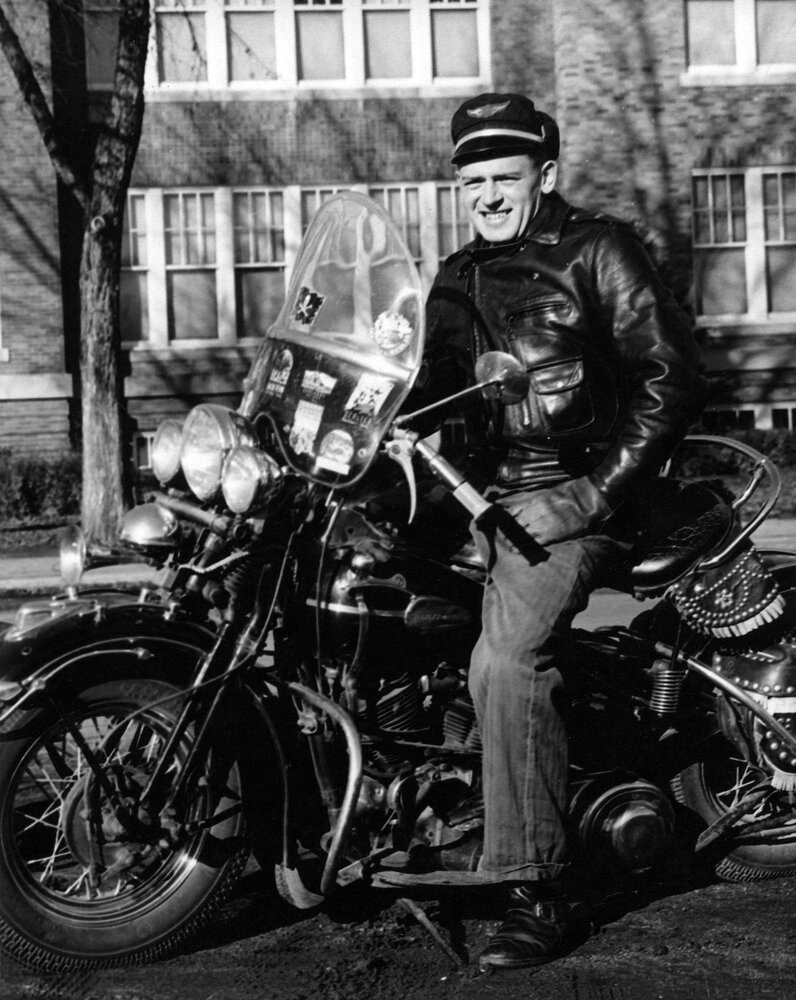 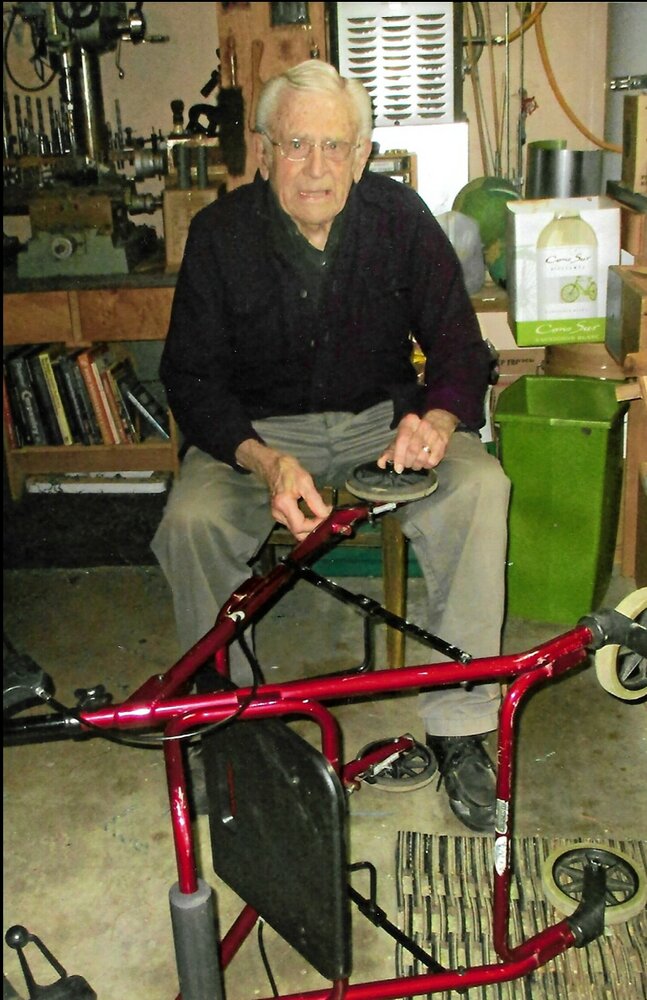 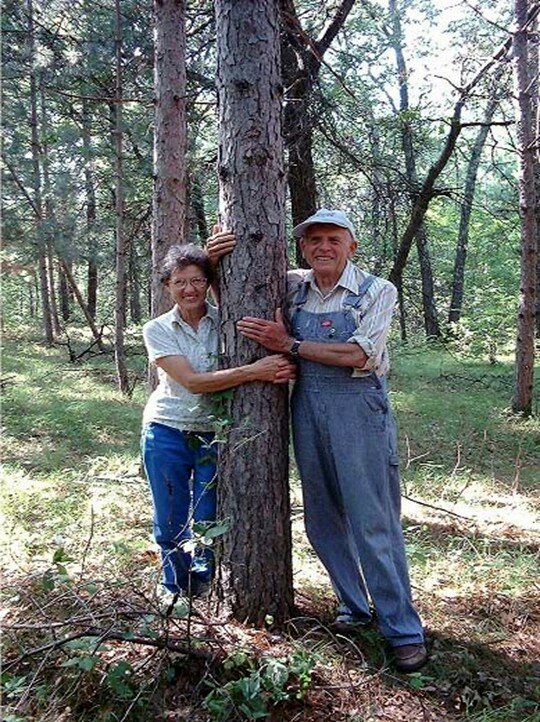 Rodney was born in Martell, Wisconsin, on July 5, 1927, to Walter and Lillian Hanson. He grew up in Woodville, Wisconsin, and graduated from Woodville High School in 1945. He immediately entered the U.S. Navy, serving for two years based out of San Francisco, California. Following his service during WWII, Rodney enrolled in Stout State University in Menominee, Wisconsin, and graduated with a Masters of Teaching Degree in Industrial Arts in 1952. Rodney taught two years in Charlotte, North Carolina, before moving to Minnesota, where he taught Industrial Arts at Robbinsdale High School from 1953 to 1983. With 30 years of teaching service under his belt, Rodney retired at the early age of 56 and set the course for the remainder of his life, with patience and persistence, to serve humanity and practice his conservation ethic.

Rodney was an inveterate traveler. He enjoyed motorcycling; he was “a Harley man.” Together he and his family traveled by station wagon, pickup truck (for which he built a custom topper), and finally a camper van. He loved the outdoors, camping in state and national parks, canoeing, and bicycling on rails-to-trails. Rodney traveled through all 50 states, most of the Canadian provinces, and to five different continents.

Rodney’s faith informed his values. He committed himself to improving the lives of others and living as sustainably as possible on this planet. Rodney was a consummate entrepreneur and strove to blend his entrepreneurial spirit with his passion for conservation. He developed multiple small businesses during his spare time that added value to materials which otherwise would have been discarded. These businesses included creating classic wooden game boards crafted from scrap materials from cabinet shops, and making “fire starters” composed of excess sheathing from residential construction and used candle wax. Early in his life, Rodney recognized the folly of our society’s dependence on fossil fuels, and the impact of this dependence on our climate. One of his chief concerns was to reduce society’s dependence on dirty energy sources and transition to renewable energy systems. He constructed a solar hot water system for the family home, and acquired the first generation of solar panels to power batteries for a lawn mower and provide lighting in the family camper van. He and Diana sometimes cooked meals in a solar oven or on the basement wood stove. He converted a diesel Volkswagen Jetta to run on used fryer grease that he collected from local restaurants. In more recent years, he had solar electric panels installed on his home in Washington. Rodney grew a vegetable garden, planted numerous fruit trees, raised honey bees, and put up a windmill to pump water--all in an effort to reduce his impact on the planet.

Rodney was more than a handyman. He could fix, restore, or craft anything for anyone, sometimes machining or making the parts to do so. “They said it couldn’t be done, so he did it.”  He expressed his compassion for humanity through volunteerism at numerous local, national, and international charitable organizations. He helped to restore homes for families of need through Habitat for Humanity. He worked on homes, schools, and churches in third world countries. He built components in his home shop for mobility devices used by people who were physically disabled through disease or wars raging in other countries. He volunteered weekly at the local food bank. Right up through the last years of his life, Rodney volunteered at a local charity repairing broken medical equipment that was provided to anyone in need. He had a servant's heart.

Rodney’s greatest passion was his care for the earth. Early in his life, he acquired 80 acres of forestland in the St. Croix River Valley north of the Twin Cities in Minnesota. Rodney was of the Aldo Leopold School of Conservation: if you care for the land, the land will care for you. During his tenure as a steward of this land, he planted white pines beneath the existing canopy of hardwoods, restoring the original conifer species that dominated most of the upper Midwest prior to European settlement. He tapped sugar maples and made maple syrup, cut firewood to sell or heat the family home, gathered fresh spring water, and had oak logs milled into lumber that he used to build furniture for his family and others. He cultivated an awe and appreciation for nature, which he lovingly instilled in his family. Rodney carried this stewardship ethic into his final years and, after moving to Washington in 2012, he and Diana acquired more forestland and set themselves to being stewards of this land as well. Perhaps Rodney’s greatest tribute to future generations was his constant effort to plant trees beneath the shade of which he knew he would never sit.

To send flowers to the family or plant a tree in memory of Rodney Hanson, please visit Tribute Store

Share Your Memory of
Rodney
Upload Your Memory View All Memories
Be the first to upload a memory!
Share A Memory
Send Flowers