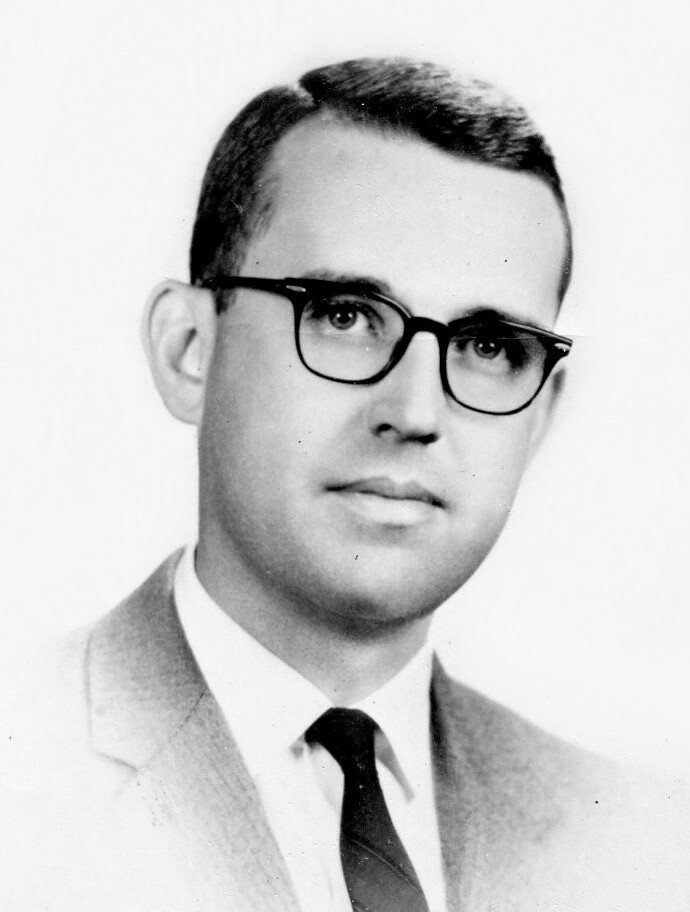 Dr. David J. Hentges left us on February 18, 2022, to rejoin his extended family from LeMars, Iowa: his late wife, Kathleen “Kae” Mullan Hentges; his sister and brother-in-law, Gloria “Katie” and Jerry Targun; and his brother-in-law, Terrence Mullan.  He leaves behind his three children, Stephen Hentges of Decatur, Alabama, Meg Hentges of Santa Rosa, California, and Kathleen (Greg) Saul of Olympia, Washington.  Also surviving are his sister-in-law, Ann Mullan of Clearwater, Florida; numerous nieces and nephews; his dog, Whiskey River; and an abundance of friends.

David was born September 18, 1928, in LeMars, Iowa, to Rome and Geneva Kruger Hentges.  He had fond memories of his childhood, especially of his Uncle Frank, who gave him a football despite the objections of his mother.  Uncle Frank was a like a father to him.  Although the family lost their farm, clothing and shoe stores during the Depression, they held on to the white house at the corner of Plymouth and 3rd Ave.  That house in LeMars was always home to David.

David enlisted in the U.S. Marine Corps at the end of WWII, then used the GI Bill to support his education.  He proudly graduated from the University of Notre Dame (South Bend, Indiana) with a B.S. in 1953, then received his M.S. and Ph.D. from Loyola University (Chicago) in 1958 and 1961, respectively.  He met his future wife while living in a co-ed dorm in Chicago!  They embarked on a life filled with family, travel, learning, faith, friends, and love for each other.

Career assignments took David to San Jose, Costa Rica; Omaha, Nebraska; and Columbia, Missouri, before he and Kae settled in Lubbock, Texas. There he served as professor in and Chairman of the Department of Microbiology at the Texas Tech University School of Medicine.  David also served as Vice Provost for Research, Dean of the Graduate School of Biomedical Sciences, and Associate Dean of Basic Sciences.  He contributed to many publications and edited journals and books on topics related to Medical Microbiology and human intestinal microbiomes.  David was a member of Sigma Xi and a fellow of the American Academy of Microbiology.

Since his early days as an altar boy, David’s Catholic faith was vitally important to him.  He and Kae were very involved with Saint Elizabeth University Parish in Lubbock, and the local diocese.  He was a decorated grand knight of the Order of the Holy Sepulchre and a knight of merit of the Constantinian Order of St. George.  David also was active in the Knights of Columbus and the Rotary Club in Lubbock.

David spent the last four years enjoying the lush landscape and tall trees of the Pacific Northwest near his daughter and son-in-law in Olympia.

Services will be held at a later date in LeMars, Iowa.

In lieu of flowers, donations may be sent to the David J. Hentges Scholarship Fund at the LeMars Community Schools Foundation, 921 Third Ave. SW, LeMars, Iowa 51031, or see lcsdfoundation.lemars.net.

“Life is going forth; death is returning home.” Laozi

To send flowers to the family or plant a tree in memory of David Hentges, please visit Tribute Store