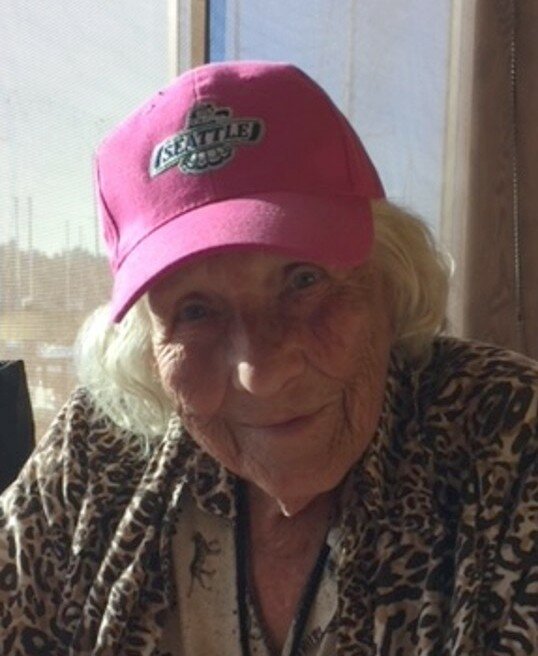 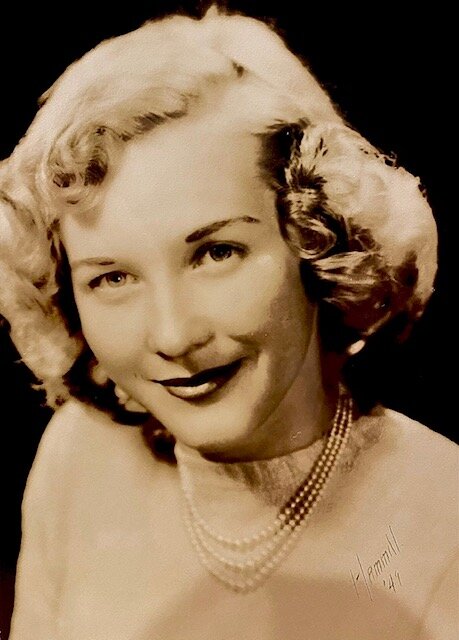 Gloria Ann Boysen, 92, passed away at St. Peter Hospital in Olympia, Washington, on January 19, 2022. She was born December 27, 1929, to William “Ivan” Gregg and Alice Catherine (Gross) Gregg in Garden City, Missouri, and she grew up in Garden City and Independence, Missouri.

Gloria graduated from William Chrisman High School in Independence in 1947, and went to work for Great Lakes Pipeline and Montgomery Ward in Kansas City, Missouri. She met her future husband, Robert “Bob” Boysen at a dance at the Pla-Mor Ballroom in Kansas City in 1951, and they married on July 20 of that year.

After their marriage, Bob enlisted in the Marine Corps, and the couple moved to San Diego, California. It was there on their first anniversary that their daughter, Laura, was born. The couple later moved to St. Louis, Missouri, where their son was born. Bob being a big baseball fan, they named him Stanley, after St. Louis Cardinals baseball player Stan Musial. They made their final move to Olympia, Washington, where they both enjoyed long and rewarding careers with the State of Washington.

Gloria was a creative and talented artist, baker, and seamstress. Her homemaking and sewing skills were featured in McCall’s magazine in the early 1950s in a profile that also included Bob and Laura. She would often stay up all night painting and playing the piano. She loved animals and nature, and was ahead of her time in appreciating and promoting their significance and worth. She also enjoyed music, and was a huge Elvis fan.

Gloria made many good friends in Olympia over the years, and she treasured their friendship. As a young woman new to Olympia, she joined the Olympia Art League. She appreciated their welcoming kindness, and enjoyed the creative friends she made there, including longtime friend Bonnie Tucker. Gloria also enjoyed a dear group of friends (Zanie, Marge, Jill, Gladys, and Cynthia) she met through her employment with the State of Washington, and they maintained a close friendship throughout many years. They met periodically for brunches, lunches, and Christmas swag and wreathmaking parties. They also took a trip to Hawaii together, and Gloria had a wonderful time. She also counted Mike Cook of Mike Cook’s Antiques and Collectibles and Tom Fitzgerald as dear sweet friends who brought love and joy to her life.

In her later years, Gloria very much enjoyed her time at the Olympia Senior Center. The Center meant a lot to her and greatly enhanced her life. While there, she was blessed to meet and become friends with Mrs. Eileen MacKenzie-Sullivan, who helped make her last few years happy and well.

Gloria is survived by her daughter, Jane Boysen (Terry Franklin); granddaughters, Heidi Iwashita and Elizabeth Franklin; grandsons, Gregory and Vin Hoeman; great-grandson, Jasper Iwashita; brother, Richard Gregg (Twila); and nephews, William Gregg (Sheryl) and Michael Gregg (Denise). She passed away the same day as her daughter, Laura Hoeman. She was preceded in death by her husband, Robert Boysen; her son-in-law, James “Kit” Hoeman; her son and his wife, Stanley and Anita Boysen; her brother and his wife, Robert and Barbara Gregg; and many beloved animal companions and friends she cherished over the years.

The family wishes to express their deepest appreciation to the St. Peter Hospital ICU staff, and to Mrs. Eileen MacKenzie-Sullivan for all her assistance and kindness.

If you wish to make a memorial donation, please consider a local animal charity or the Olympia Senior Center.

To send flowers to the family or plant a tree in memory of Gloria Boysen, please visit Tribute Store

Share Your Memory of
Gloria
Upload Your Memory View All Memories
Be the first to upload a memory!
Share A Memory
Send Flowers