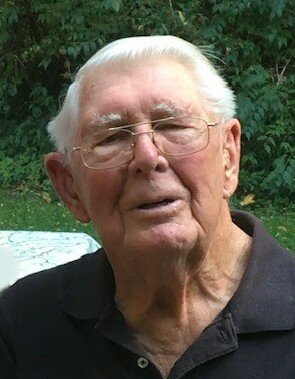 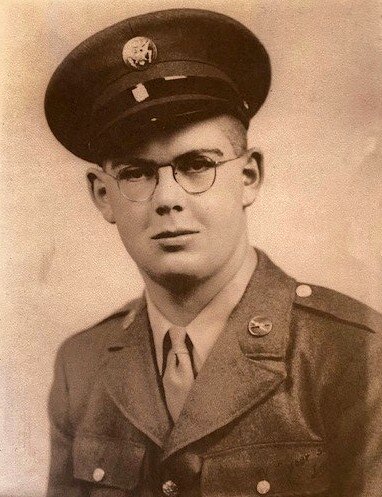 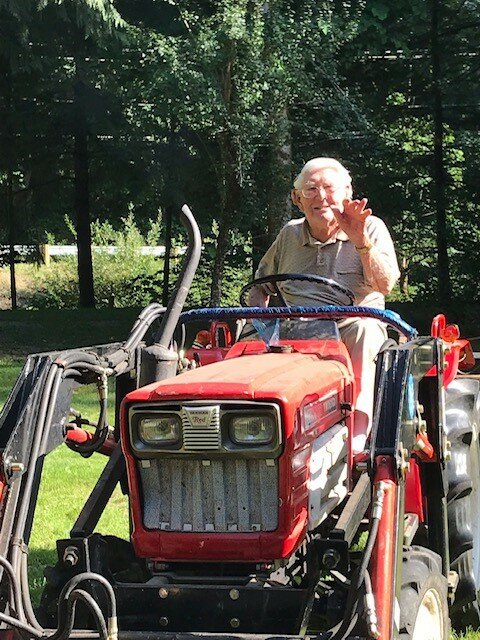 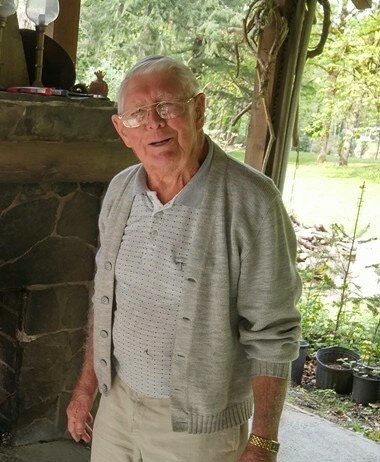 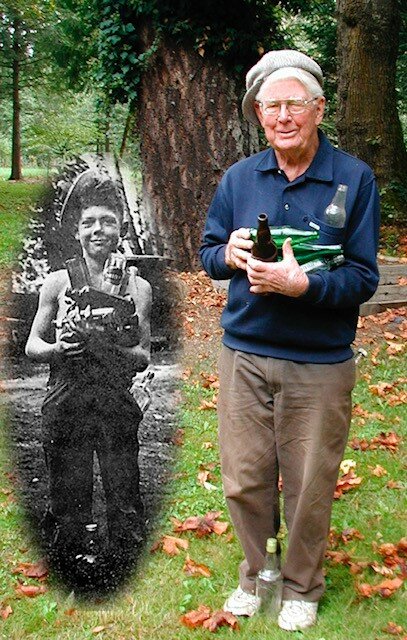 Leslie V. Morton passed away peacefully at home in Olympia, Washington, on February 10, 2022, at the age of 97.  He was born in Snoqualmie Falls, Washington, on October 17, 1924, to Georgia and George E. Morton.

Even before graduating from Fall City High School in the Class of 1942, Les knew that he wanted to be a forester.  His parents purchased 20 acres of forestland along the Raging River in 1922.  Les grew up helping manage the property and working in the shingle mill his father built in 1934.  The U.S. Forest Service hired Les in the summer of 1942 before he started his freshman year at then-Washington State College (now WSU).  Les graduated with a BA from WSC in 1949 and eventually retired as Supervisor of the State of Washington Land Forest Management Division in the Department of Natural Resources in 1981, after a 30-year career.

Les interrupted his education and forestry career to serve as an Army Field Lineman with the 103rd in World War II European theatre.  After reporting to Fort Lewis, Washington, in June 1943, he did basic training at Camp Roberts, California, then was assigned to the Army Specialized Training Program at Riverside, California, before going to Camp Howse, Texas.  His unit was shipped to Marseille, France, in October 1944.  They would fight in the “Battle of the Bulge” through France and the Ardennes into the Rhineland, and would be in Innsbruck, Austria, when Germany surrendered in May 1945.  Les would serve in the Army of Occupation in Austria and Germany until he came home in March 1946.  Some 70 years later in September 2015, former Private First Class Leslie V. Morton participated in an “Honor Flight” to Washington, D.C., and on May 28, 2019, he was one of the veterans honored at the Washington State Capitol Rotunda.

Leslie and Donna met in 1950 and were married on November 11, 1951.  They had three children, Lynne, Judy, and George.  They made their home in Olympia in 1953, and later put a park model on the family campground in Fall City.  After Les retired, they spent part of the year in Meza, Arizona, where Les was president of the Valle De Orro Tennis Club from 1989 to 2014.

Learning to play tennis at age six, Les excelled in both basketball and tennis in high school.  He was the King County High School Champion and competed throughout his high school and college years.

Tennis would become a life-long passion.  He ranked nationally in Doubles at ages 60, 65, 70 and 75.  He won the Bronze Tennis Ball Final National Tournament third place in San Diego at age 75, and in the group division at age 80.  He played competitively until age 92.

Forestry was a life-long passion.  In the last eight years of his career, Les raised millions of trees from seedlings every year as Supervisor of the Forest Land Management Division, as well as for hobby to plant in Fall City.  His family owned a dance hall before the Great Flood of 1932, and he began collecting glass bottles as a child and then as a life-long hobby.  He also collected rocks, studied timber and salmon, loved to garden, valued education, and enjoyed reading, bridge and poker.

Les was predeceased by his parents, Georgia in 1975 and George in 1985; sister, Peggy in 1978; his son, George in 1997; and wife, Donna in 1999.  He is survived by daughters Lynne (Bill) Cranston and Judy (Steve) Tucker; George’s widow, Teddi Morton; six grandchildren, Charles, Mackenzie, Conner, Tyler, Marissa, and Casey; and five great grandchildren, Georgia, Quinn, Elias, Bruce, and Arthur.

In lieu of flowers, the family suggests donations to the Fall City Historical Society, PO Box 293, Fall City, WA 98024 or online at www.fallcityhistorical.org.

To send flowers to the family or plant a tree in memory of Leslie Morton, please visit Tribute Store

Share Your Memory of
Leslie
Upload Your Memory View All Memories
Be the first to upload a memory!
Share A Memory
Send Flowers