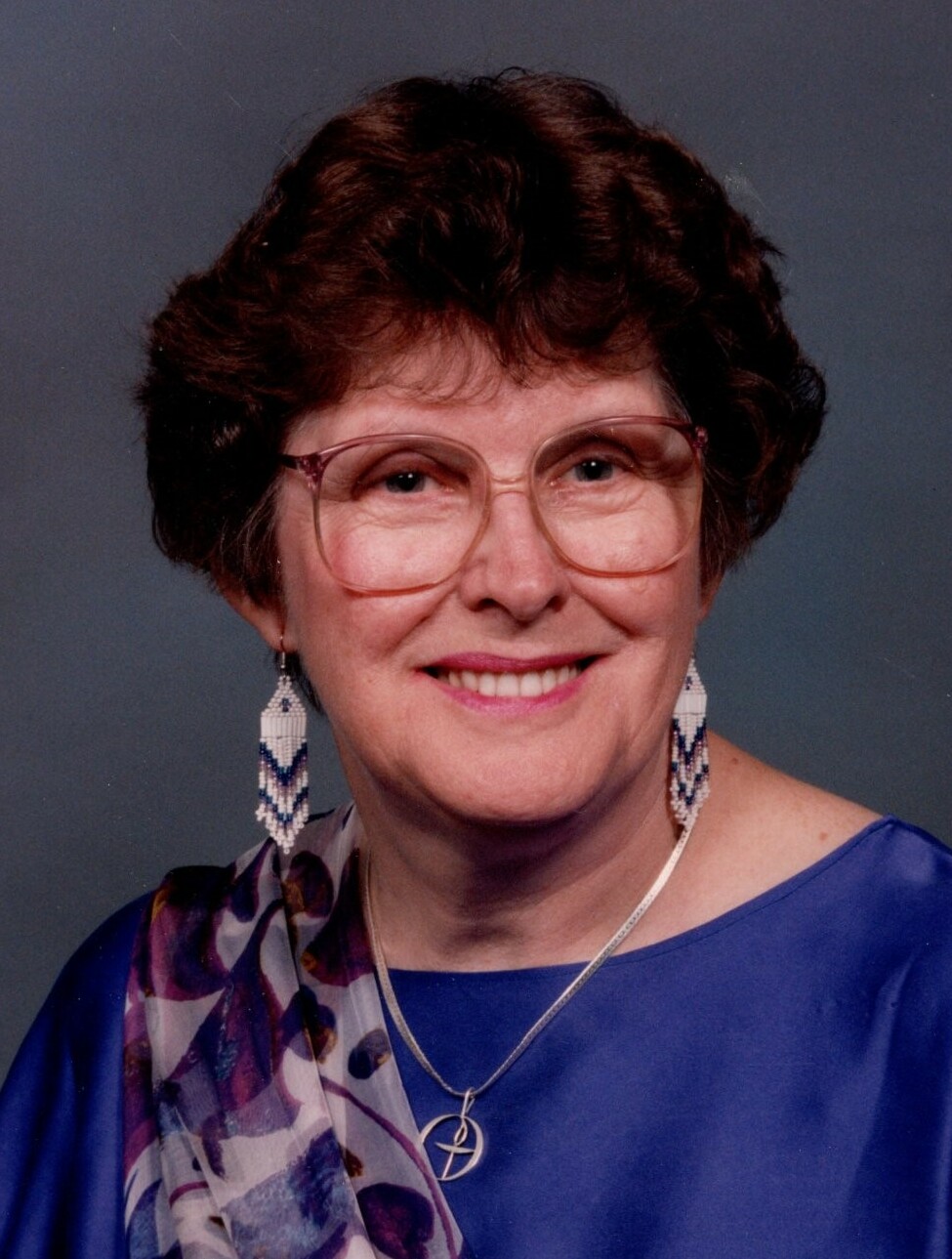 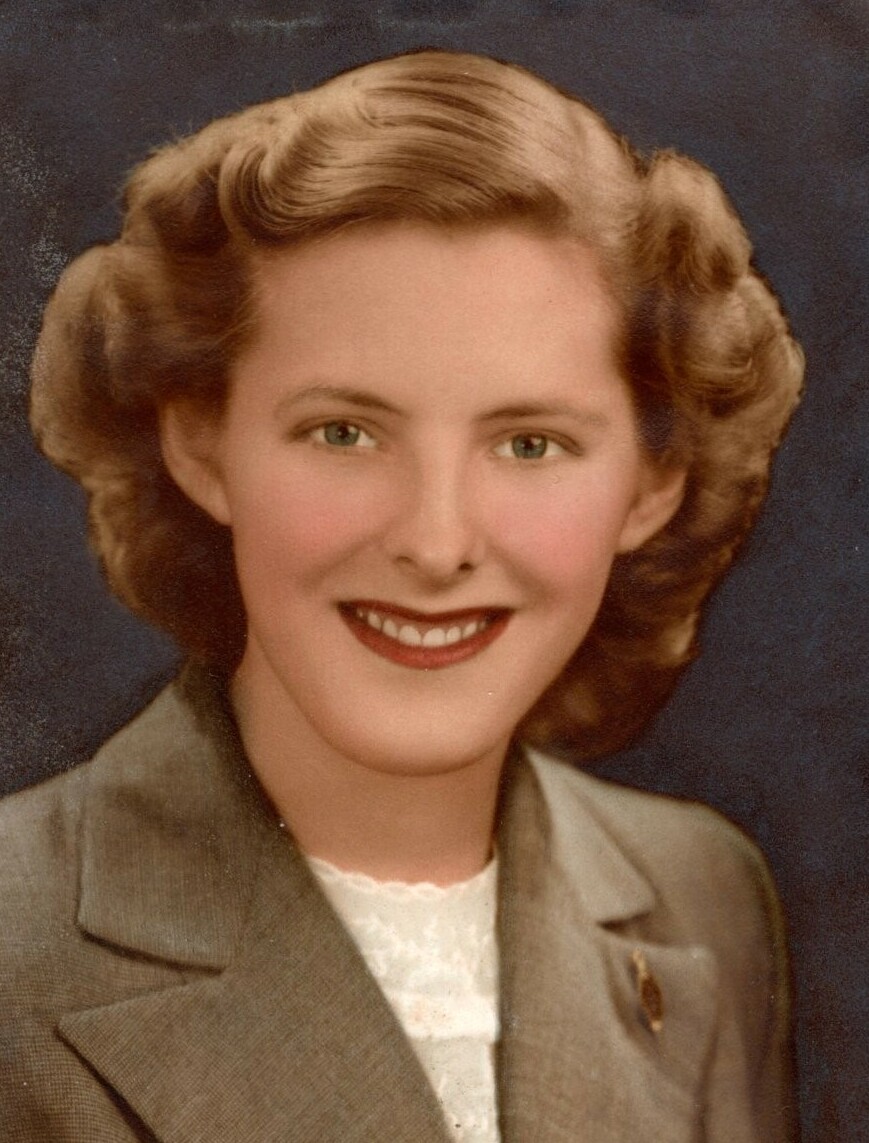 On January 13, 2022, Arlene Winona “Arnie” Anderson completed her time on Earth at the age of 94.  At the time of her passing, she was a resident in a Lacey assisted living facility.

Arlene began her life journey on October 10, 1927, on a dairy farm on Arne Road outside of Blaine, Washington, the first child of Adolph and Sarah (Finnson) Anderson, a couple with strong Swedish and Icelandic roots.  Adolph ran the farm and was a carpenter, while Sarah ran the farmhouse; and they worked together raising six kids, of which Arlene was the oldest. She was followed by her brother, Bill Anderson (Genee, Dixie); and sisters, Joan Gebhardt (Harry), twins Beverly Forbes (Ken) and Audrey Block (Jim), and Judy Dunster (Gary).  She was preceded in death by her parents; her two former husbands, Vern Hagen and Charles Gerlough; her brother and sister-in-law, Bill (Dixie); sisters and brothers-in-law, Joan (Harry) and Bev (Ken); grandchild, Michael DeHart; and great-grandchild, Jeter Hagen.  She is survived by her sisters and brothers-in-law, Audrey (Jim) and Judy (Gary); and former sister-in-law, Genee.  She is also survived by her five children, Vernene Scheurer (Larry), Vaughn Hagen (Lee), Stephanie Pessemier (Bill), Kevan Hagen (Betsy), and Kary Hagen (Maria); 10 grandchildren; 20 great-grandchildren; ten nieces and nephews; and numerous grand-nieces and grand-nephews.

“Go placidly amid the noise and haste, and remember what peace there may be in silence.  As far as possible, without surrender, be on good terms with all persons.”  These first words from Desiderata encapsulate the life of Arlene Anderson, as she utilized her faith to guide her through her life travels.

Arlene loved growing up on the farm.  She cherished the annual camping trip to Birch Bay, just a few miles west of the farm.  After the haying was done for the season, her dad would load the hay wagon up with camping gear and the family would go to the Bay for a week of camping and clam digging.

She started working at the Birch Bay resort after her sophomore year of high school.  She went from cleaning cabins, to working at the skating rink, to the golf course, where she worked each summer in the restaurant during her college years.  After work each day, she would walk across the golf course to get home to the farm.  One year during the family camping trip, D-Day happened.   Arlene went to the Birch Bay golf course where she worked to see if everything was okay.  All of the workers had left to celebrate the D-Day victory, so she stayed and worked a 12-hour shift that day, taking orders from customers, then going to the kitchen to cook for them, and back to the front to serve them!

One summer during her high school years, she attended the 4-H Club camp held in Pullman, Washington.  It was then that she decided that she wanted to be a Cougar.  She made that happen, and has been a loyal Cougar ever since, although there were times when she had to root for the Huskies, because some grandkids attended the University of Washington!

She graduated from Blaine High School (1945), then attended Washington State College (WSU), earning a Bachelor of Science degree (1949), planning to be a home economics teacher.  While in college, she met her first husband, Vern Hagen.  They were married after they graduated (1950) at the Free Church Unitarian in Blaine, and raised five kids during their 22-year marriage.

Vern and Arlene lived in Bellingham, Toledo, Tumwater, and Moses Lake during their marriage, each time following where Vern’s teaching career took him.  During those years, Arlene also taught at Mount Baker High School, in Tumwater as a substitute, and in Moses Lake for the Job Corps.  After their time in Moses Lake, Arlene returned with Kevan and Kary to Tumwater, where she began a 15-year career as the home economics teacher at Nisqually Middle School in Lacey.  During those years, she had a brief marriage to Charles Gerlough.  Arlene retired from education in 1988.

Arlene’s second love was her church.  When she was young, her family broke away from the Icelandic Lutheran Church and helped start the Icelandic Free Church.  They borrowed ideas from the Unitarian Universalist faith.  She has been a Unitarian ever since.  In 1945, when she went to post-secondary school at Washington State College in Pullman, she started a college-age group of the Unitarian Universalists, convincing a professor to be the advisor to the group.  After graduation, and returning to Bellingham newly married, Arlene started a group there.  She continued her association with the church when they eventually settled in Tumwater, and while they lived in Moses Lake for a three-year stint, she organized a UU group there.  After returning to Tumwater, she rejoined the congregation.  At a point later, when disagreements in the church led to upheaval, rather than be satisfied with the status quo, she once again started her own group, and played a huge part in keeping the group vibrant by serving in various capacities on its board into the 2010s.  She remained active with that group even after moving to assisted living, and arranged for the group to meet regularly at her assisted living residence.  In retirement, to celebrate her faith, she made a pilgrimage to the birthplace of Unitarian Universalism in the Northeast.  She was thrilled to have the opportunity to sing in Carnegie Hall with her church choir.  She also joined a group promoting peace in a cultural exchange visit to Uzbekistan.

And of course Arlene’s first love was her family, and she spent her later years supporting and doting on her children and grandchildren, and following her beloved Mariners.  She was proud of her Scandinavian heritage and, throughout her life, she shared the culture and food of her ancestors with her family and friends.  A member of the Sons of Norway her entire adult life, she was president of her local lodge when she lived in Bellingham.  She loved working on crossword and jigsaw puzzles, enjoyed a good game of cribbage, delighted in taking her grandchildren to pick blackberries, and was renowned for her homemade applesauce, her canned peaches, pears, and cherries, and her scrumptious Icelandic and Norwegian desserts.  In her spare time, because of her faith, both before and during retirement, Arlene spent her life as a champion of the underdog.  She was always looking to help others.  She would take folks into her home when they were in need of assistance.  She hosted many Japanese exchange students over the years, developing lifelong friendships.  She had a fierce loyalty to her causes, be it women’s rights, LGBTQ rights, or working to get Democrats elected to public office.  She was an unabashed supporter of good government and, in retirement, put that passion to work as a tour guide at the state capitol and ballot-counting volunteer during innumerable elections. She hated to lose in all aspects of life, be it a simple card game, or fighting the battles of everyday life.  Because of these traits, she was a survivor, taking on and transcending all challenges.

“Therefore, be at peace with God, whatever you conceive Him to be.  And whatever your labors and aspirations, in the noisy confusion of life, keep peace in your soul.”  Arlene was the embodiment of all that is decent and good, and led by example with quiet strength.

We would like to thank the folks at the Woodland assisted living community in Lacey for their generous and attentive care of our mom during the last years of her life.

A celebration of Arlene’s life will be held Saturday, March 12, 2022, 1:00 p.m at Free Church Unitarian, 1218 Harrison Ave., Blaine, WA 98230. Those who are unable to attend Arlene's service in person are invited to view a live stream of the service, either as it happens or anytime after the service, by going to this link: https://youtu.be/X_-vZwHDTbM.

In lieu of flowers, donations may be made to: Free Church Unitarian; or Olympia Unitarian Universalist Congregation, 2315 Division St. NW, Olympia, WA 98502.

To send flowers to the family or plant a tree in memory of Arlene Anderson, please visit Tribute Store

Share Your Memory of
Arlene
Upload Your Memory View All Memories
Be the first to upload a memory!
Share A Memory
Send Flowers