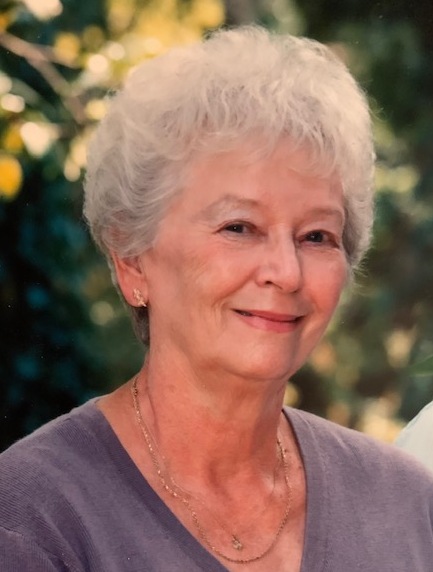 Barbara Maxine Rogerson passed away peacefully on Tuesday, November 23, 2021. She was 93.

Barbara was born December 3, 1927, in Casper, Wyoming, to George and Emma Brown. At age 14, she moved with her parents, two older brothers, and a younger sister to Centralia, Washington, where she graduated from High School. In 1945 she met Robert “Bob” Rogerson while both were attending Centralia College. Bob and Barb married in 1948 and moved to Seattle so both could attend the University of Washington. Barbara became a closet Husky. Years later while in her 80s, she ran into a man with a large harp in the hospital elevator. The musician was there to play for patients to bring them peace and calm. He asked if Barb had a request. After a moment’s thought, she said, “How about Bow Down to Washington?”

The Rogerson’s moved to Shelton in 1950 and resided there for over 60 years, raising two sons and a daughter. Barb worked for many years at the Shelton branch of Seattle First-National Bank. Bob and Barb had many close friends, including a number at the Bayshore Golf Club where they were active members in retirement.

Barbara was a wonderful mother and warm, quiet person, except when “energetically” cheering on her children and grandchildren at athletic events, where the family would slowly edge away and pretend not to know her.

A memorial event is planned for the future. Date, times, and location to be announced.

To send flowers to the family or plant a tree in memory of Barbara Rogerson, please visit Tribute Store