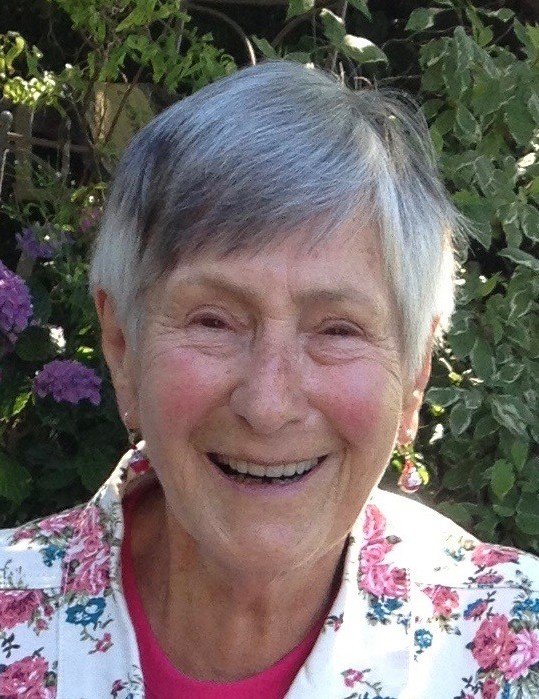 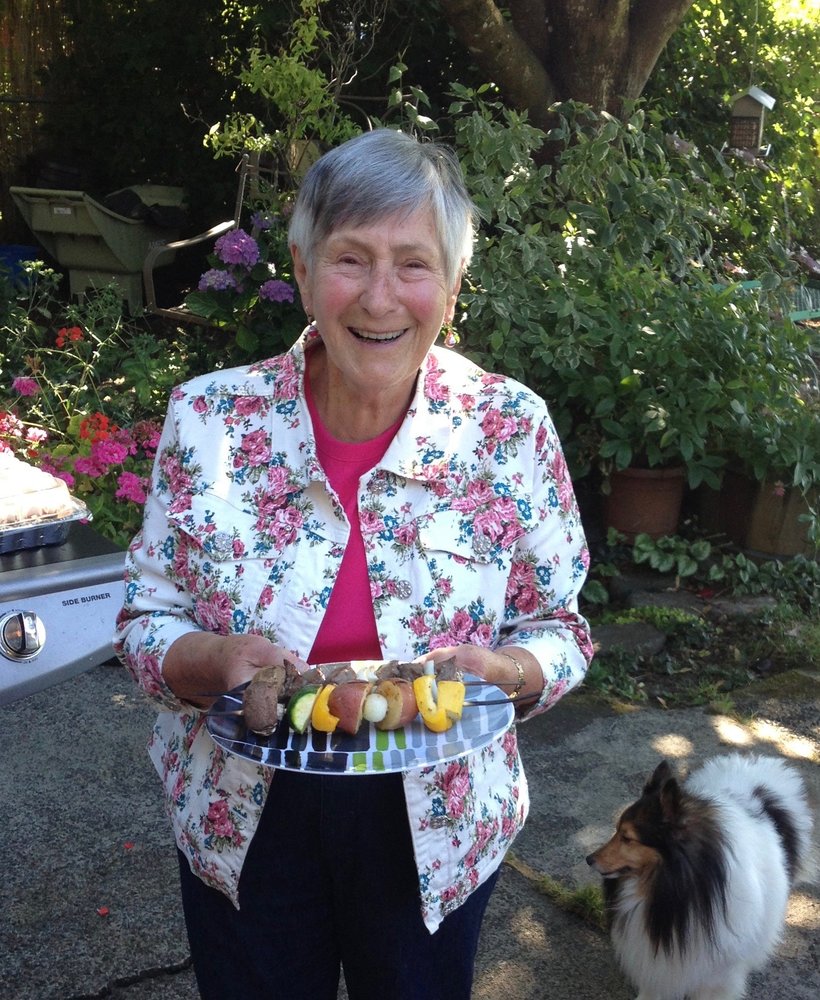 Erika Jones was born in Salzburg, Austria, on July 20, 1932. She lived through the fear, depravations and hunger as a child in World War II.

She met Elmo Jones, a soldier from the Ozark’s, in Salzburg in 1951 while giving tours of the town.  They married had their first child, Harald, in 1952, followed by Wilma in 1955 and Francis in 1957.  After many moves across the U.S. and back and forth to Germany, they finally settled in Olympia, Washington, in 1964. Erika was a stay-at-home mom who gardened and preserved the bounty.

When Elmo died in 1981, she began another life. She made many, many friends, and travelled a lot solo and with friends. She made friends easily and always had dog treats in her pockets--even though she had no dog.

Erika worked for Employment Security for 14 years, a job she loved and where she again made friends. After retirement, she renewed her passions for hiking with her group of pals in the Cascades and Olympics. She rarely missed a razor clam dig at the coast. She was digging clams and hiking Mt. Rainier at the age of 85.  She was fiercely independent.  She used to say, “I am my own agent.” At the time of her passing, she was still living in the home she moved into on Halloween 1964.

Erika died April 17, 2021 in Olympia.  She is survived by her son, Harald (Vicki) Jones; daughter, Ann/Wilma (Mike) Weston; granddaughters, Mistie Jones, Brandy Jones and Grandson Gage Fuller; sister-in-law, Elisabeth Steffler of Austria; nieces, Sabine Steffler of Germany, Birgit Steffler of Austria; and many friends young and old.  She was predeceased by her husband, Elmo, in 1981; and son, Frank Jones, in 2001.

The family thanks everyone who helped her to stay in her home as her health declined these past two months.

Please remember her with joy.

To send flowers to the family or plant a tree in memory of Erika Jones, please visit Tribute Store

Share Your Memory of
Erika
Upload Your Memory View All Memories
Be the first to upload a memory!
Share A Memory
Send Flowers