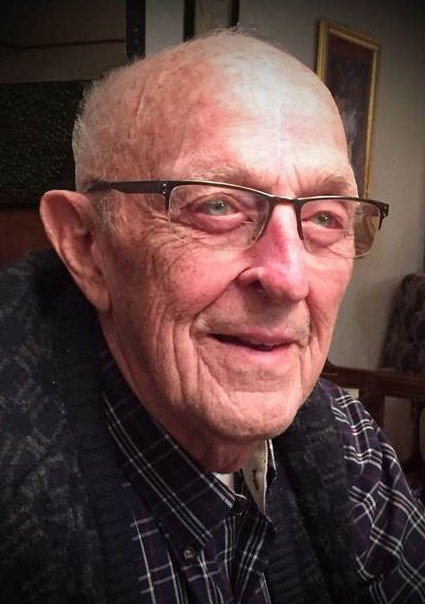 Ray M. Burke of Olympia passed from this earthly life to his new home in Heaven on December 18, 2020.  He died at Fieldstone Memory Care where he had resided for the past two years.  Ray was born to Oscar and Ina Burke in Hoquiam, Washington, on October 2, 1928.  He shared a lifetime of notoriety with his identical twin brother, Roy, who survives him and resides in Seattle, Washington.  Ray and Roy were blessed to celebrate their 92nd birthday in October.

Ray graduated from Hoquiam High School in 1946.  He married Phyllis Jean Cummings in Hoquiam on October 1, 1950.  Following graduation, he began his career with the United States Postal Service and served until his retirement in 1983.  Ray and Phyllis also owned and operated Burke’s Beachway Service, a popular west Hoquiam neighborhood store and gas station.

Following his retirement, in 1984 the Burkes began some of their richest life experiences when they served as volunteer host and hostess at the Cebu Missionary Home in the Philippine Islands and helpers at the Children’s Shelter of Cebu.    While living in the Philippines, the Burkes enjoyed traveling to China, Thailand, Hong Kong, Australia and New Zealand.  In 1990, the Burkes returned to the states and chose Olympia as their home.   They spent the next 25 years traveling, volunteering, gardening, and serving at Westwood Baptist Church in Olympia.

In October of this year, Ray and Phyllis celebrated their 70th Wedding Anniversary.

Ray is survived by his wife, Phyllis, of Olympia; daughters, Denise, of Hoquiam and Karen, of Gold Canyon, Arizona; and son, Ron and his wife Susie, of Roseville, Minnesota.  Ray is also a very proud grandpa to Shane (Stacy) Roberts of Florence, Arizona, Joel (Nicole) Eaton of Olympia, Joshua and Andrew Burke of Minneapolis.  Shane and Joel helped him add the title of great grandpa with the addition of Triston and Teagan of Arizona and Jacob, Lianna, Chelsea, Jackson and Cole of Olympia.  In 1977, the Burkes hosted Jorn Pedersen, an AFS student from Denmark, and have stayed connected with him through the years.

Ray was preceded in death by his mother, Ina; and sister, Eleanor Burke Hawksworth.   He is also survived by numerous relatives, including about 50 nieces and nephews.

Memorial services will be announced at a later date.

To send flowers to the family or plant a tree in memory of Ray Burke, please visit Tribute Store

Share Your Memory of
Ray
Upload Your Memory View All Memories
Be the first to upload a memory!
Share A Memory
Send Flowers