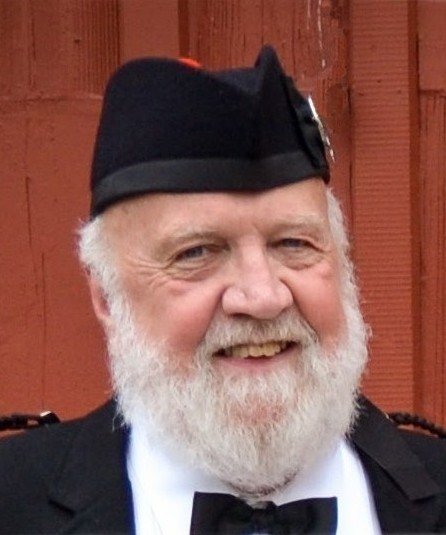 On the morning of November 1, 2020, the Feast of All Saints, Conlon Gabriel McKay died peacefully at home in Olympia, Washington. He was the 10th son of John Edwin and Gertrude Irene McKay and a member of the McKay Clan of 15 that lived on First Hill in Seattle from the 1920s through 1950s.

Conlon was born August 16, 1941, at the McKay Home on 1019 James St.  Like all of the 15 McKay siblingsc he attended and graduated from Cathedral Grade School in 1956. Cathedral Grade School is where Conlon’s education began, but his love for knowledge grew from this spark into a passion for lifelong learning. He had a thirst for knowledge that he filled with a massive library of books and reference materials. He was introduced to poetry at a young age and became so connected to the words that he would often, in mid-sentence, pause the conversation to recite a meaningful sonnet. In 1960, he joined the U.S. Navy from which he retired in 1980 with the rank of Chief Warrant Officer 3.

After their marriage, Conlon was first stationed at Glenco Naval Base, Brunswick, Georgia, as Electronics Technician and Instructor. Subsequently, he was stationed at Pensacola, Florida, Long Beach, California, and Great Lakes Naval Station, Illinois, before returning to Washington. As an officer in the Navy, Conlon was an instructor in his field. He found teaching to be his most satisfying work and was honored and recognized for his work when he was awarded Teacher of the Year. In 1979, they made their home in Aberdeen, Washington. After retiring from the Navy, he worked as an electronic technician in Saudi Arabia, Texas and Alaska. They moved to Olympia in 1988, where he worked with his sister, Martha “Tina” Ticknor, at Pacific Electronics in Lacey, Washington.

In lieu of flowers a donation in Conlon's memory can be made to The Fathers and Brothers Maryknoll, PO Box 301, Maryknoll, NY 10545-0301, or maryknollsociety.org.

To send flowers to the family or plant a tree in memory of Conlon McKay, please visit Tribute Store

Share Your Memory of
Conlon
Upload Your Memory View All Memories
Be the first to upload a memory!
Share A Memory
Send Flowers